A celebration of the wonderful Keane & Berbatov partnership 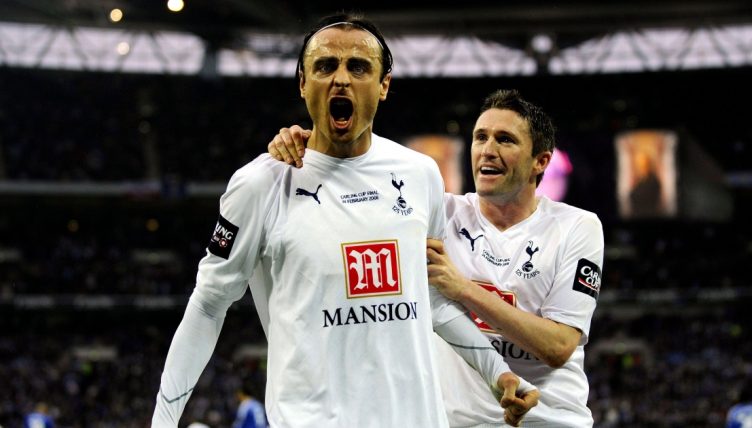 When Robbie Keane was inducted into the Irish Hall of Fame in 2017, the former Tottenham forward was congratulated by a whole host of incredible players.

Steven Gerrard, Michael Carrick and even Pelé sent in glowing video tributes praising the Dubliner, whose 68 goals for the Republic of Ireland make him the all-time leading scorer for his country.

But there was one video which seemed altogether more heartfelt than the others.

Dimitar Berbatov, Keane’s strike partner for two enthralling seasons together at Tottenham Hotspur, is usually known for being something of a surly figure, a man who would surely normally deem himself far too important to get involved with events such as an Irish Hall of Fame Ceremony.

But not this one.

“Remember, you and me on the pitch? Making fun of the defenders, scoring for fun,” he purred, gazing lovingly into the camera with those piercing Draculean eyes. “You, running for both of us, talking for both of us. I remember.”

The summer of 2006 was an exciting time to be a Spurs fan.

Although they had agonisingly missed out on a Champions League spot after the infamous lasagnegate incident, their disappointment was compensated by the fact they had qualified for the UEFA Cup for the first time since 1999.

They boasted a talented young squad, of which Keane, Jermain Defoe, Ledley King and Aaron Lennon were the stars, and the signing of Berbatov only raised expectations further.

This was a man who had played in a Champions League final and had finished the previous season as the second-highest goalscorer in the Bundesliga for Bayer Leverkusen. Entering his peak years at 25, this was seen as a transfer that could take the club to the next level.

Yet both Spurs and their new star signing suffered a slow start to the campaign.

After scoring a tap-in on his home debut in a 2-0 win against Sheffield United, Berbatov didn’t find the back of the net again in the league until the end of November, by which time Spurs were disappointingly languishing in mid-table.

Keane wasn’t doing much better, with Defoe often preferred ahead of the Irishman, and there were no signs of what was to come from the Keane-Berbatov partnership until a 3-1 UEFA Cup win against Club Brugge in November when Berbatov scored a sumptuous volley, set up Keane with a neat flick for the second, and then finished the scoring with a towering header.

It was the match which seemed to convince Martin Jol that the two players should play together more often, and what blossomed became an absolute joy to watch.

They were the perfect compliment to each other: Keane the passionate, hard-working one with the fun celebrations and chirpy attitude; Berbatov the aloof, laid-back one who could suddenly produce magic in one swaggering movement while barely breaking a sweat.

There was no better example of what the two could do than in February 2007 when Spurs went to Fulham in the FA Cup and thumped them 4-0.

Keane scored the first two with almost identical well-hit volleys before Berbatov stepped off the bench and killed the game off with two goals of his own, first with a cool finish and then an exquisite, almost apologetic dinked chip over the stranded goalkeeper.

But their best performances undoubtedly came alongside each other, and it was only right that they jointly won the Player of the Month award in April 2007, something which has only happened once since, when Steven Gerrard and Luis Suarez won it together in 2014.

Keane ended the season with 22 goals, Berbatov just pipping him with 23, and though there was to be only one more season of this beautiful partnership, it was at least one that Spurs fans won’t forget as it helped them to glory in the League Cup – the last trophy they lifted. 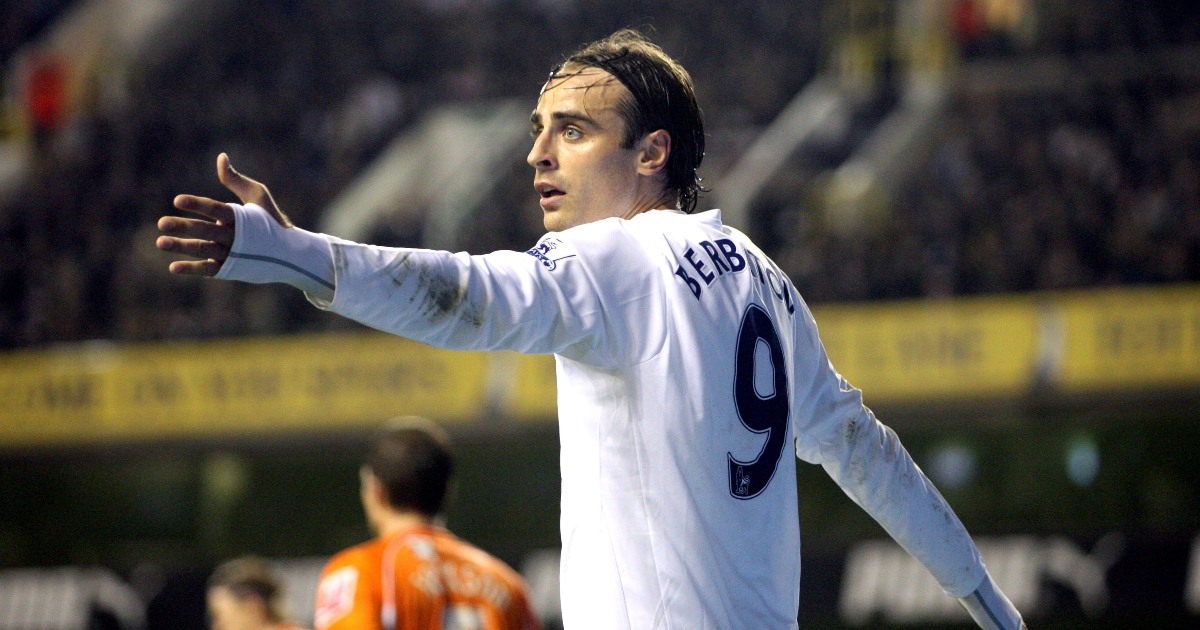 READ: Ranking every player to wear No.9 for Tottenham in the Premier League

The celebrations after the 2-1 win against Chelsea – in which Berbatov equalised in the most Berbatov-way possible with a nonchalant, ice-cool penalty – were again typical of the personalities of the two players.

Keane jumped about in joy wearing a jesters hat, while Berbatov strolled around in blase fashion, an attitude befitting of the man who in an interview with ESPN in 2017 said: “When I heard them (the fans) singing my name I thought: ‘What the f—? Why are they singing for me?’

“I didn’t like that attention. Some players do, but I was embarrassed and thinking: ‘Please, please shut up.”

Life after the Lane

Both players finished their last season together at White Hart with 23 goals, with some sumptuous link-up play between them along the way, but an 11th-placed finish left them seeking fresh starts.

First Keane joined boyhood club Liverpool, and then Berbatov followed him out of the White Hart Lane in a big-money move to Manchester United on the final day of the summer transfer window.

While Berbatov was to find success, winning two Premier League titles at Old Trafford, Keane struggled at Liverpool and moved back to Spurs but never recaptured the form he found with Berbatov. It seems as though Keane may have needed Berbatov more than the other way round.

Yet Berbatov speaks as fondly Keane as he does anyone he has played alongside in his distinguished career. In fact, in that interview with ESPN, he said his partnership with the Irishman was the best of his career. 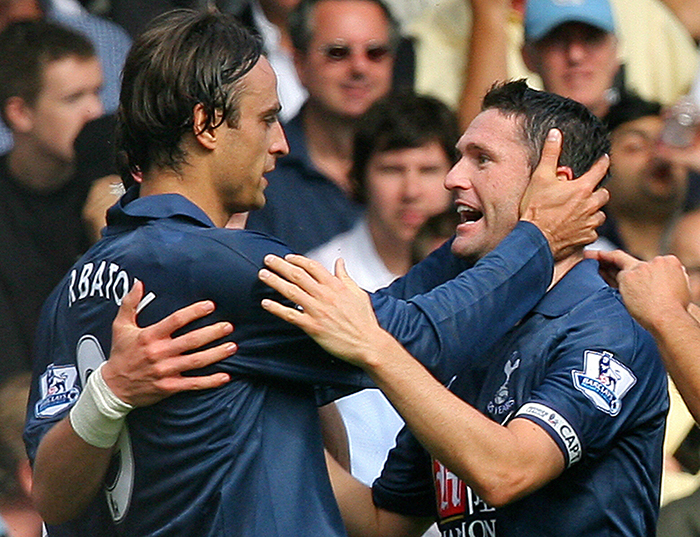 “Robbie was so passionate, always running, while I ran in my head, trying to anticipate the moves and see where the ball was going to go before it went there,” he said.

“That’s what good players do. We complemented each other very well and scored so many beautiful goals.”

Keane and Berbatov were reunited in 2017 when they both attended the last game at White Hart Lane, and a couple of months later they each signed for clubs in the Indian Super League.

It’s nice to imagine the two strolling round an Indian market together, Keane babbling and gesturing excitedly while Berbatov shrugs and takes a drag of a cigar. Perhaps they reminisce about their favourite goals together, the delicate flicks, the powerful volleys…

Their partnership may have been a brief one, but it is one that Spurs fans will never forget.