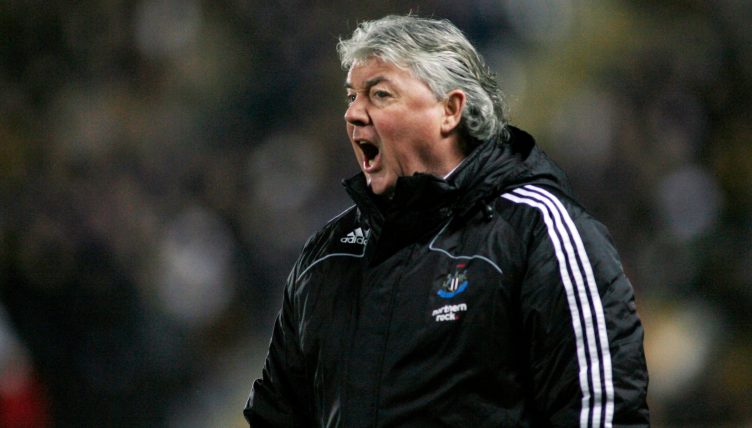 On September 26, 2008 Joe Kinnear was appointed Newcastle United manager. He had not worked in the Premier League for almost a decade, but it didn’t take long before he decided to tell everyone to “f*ck off”.

How do you define a ‘good managerial appointment’? Is it finding a coach that suits the club, gets on with the players and builds a strong rapport with the fans?

Is it finding a boss with proven talent that will deliver immediate results, or is it finding somebody with eyes on the long term — someone who will nurture young, local talent for generations to come?

The question can be explored a thousand ways.

For example, how one defines a good managerial appointment depends on one’s footballing priorities.

Sometimes, however, subjectivity doesn’t matter at all.

Sometimes, whatever you consider a successful managerial appointment; whatever your views on the responsibilities of bosses, boardrooms, directors of football and all the rest; whatever your philosophy — ‘Wenger Out’ or ‘Wenger In’; Eddie Howe or Jose Mourinho — sometimes all of football’s many and varied voices converge on a common position, saying, in unison despite their fundamental differences, ‘No, don’t do that’.

Example: in 2008, Newcastle hired Joe Kinnear, one-time manager of Wimbledon. That was a bad managerial appointment.

Newcastle United owner Mike Ashley is (or was) often in the news. He sells you tracksuits at Sports Direct. He doesn’t pay his workers very much. He has a net worth of around £4billion.

And in the years immediately following his acquisition of Newcastle, he did particularly some pretty silly things.

No, peak Mike Ashley madness — a peak that coincided with the owner downing pints in the stands on live TV — came during the 2008-09 season, his second campaign as owner.

It was then that a ragtag crew of Ashley, chairman Derek Llambias and executive director Dennis Wise — yes, that Dennis Wise, who was paid a staggering £80,000 a month for his opinions — oversaw a shambolic season of managerial changes, dubious transfers and generally dragging the club through the mud.

It was then, in late September 2008, that Newcastle appointed Joe Kinnear.

The first question is only slightly easier to answer than the second.

Aged 61 at the time of his appointment, Kinnear had managed Wimbledon for seven seasons in the 1990s after short spells managing the national teams of… India and Nepal.

Between 2001 and 2003 he managed Luton in the third and fourth tiers of English football, and then enjoyed a short time in the Championship with Nottingham Forest in 2004.

By September 2008, he had been out of work for almost four years and outside of top-flight football for more than nine years.

If you had heard of him at all, you had definitely forgotten about him. Unless you were Mike Ashley. 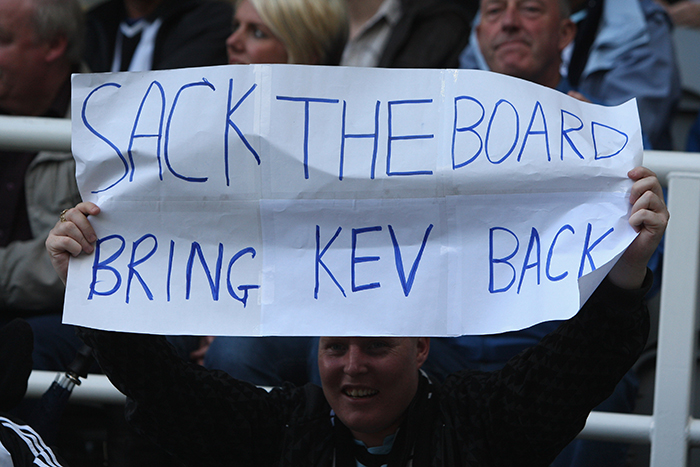 In fairness to Kinnear, his out-of-the-blue appointment was criticised not just because of his own patchy CV but because of why the vacancy had arisen at all.

Keegan, who had only been appointed in January 2008, had enjoyed a promising half-season in charge and looked to be creating a more exciting brand of football than had been seen under Graeme Souness, Glenn Roeder and, briefly, Sam Allardyce.

But the relationship was cut short after Ashley, Llambias and Wise reportedly went behind Keegan’s back to sell James Milner and sign an unknown Spanish striker named Xisco — a player Keegan had never heard of.

Keegan resigned on September 4, and the hot seat remained empty for several weeks.

After Kinnear was appointed on September 26, he soon made an impression. Unfortunately, it wasn’t with wins: in his 26 matches in charge, the Irish boss won just five times.

Instead, Kinnear cemented his place in Premier League history with a uniquely paranoiac and sweary press conference in which he told assembled journalists they were c*nts, that they were making up lies about him and that he would never speak to them again.

Joe Kinnear: Which one is Simon Bird?

The exchange went on and on, with the manager furiously criticising the press for their coverage of his first week in charge.

Newcastle’s press officer attempted to defuse the situation and declare Kinnear’s many foul-mouthed comments as off the record, but Kinnear himself implied the opposite, leading to the full transcript being published.

Newcastle’s season would only get more embarrassing. Kinnear began suffering heart problems in early February and was taken to hospital, leaving the manager’s position vacant yet again.

His departure didn’t help. Caretaker boss Chris Hughton was brought in but struggled for results, and the populist appointment of Alan Shearer on April 1 failed to spark a revival.

Newcastle finished 18th and were relegated but only after riding a rollercoaster of ridiculous events.

Over the course of the season, Wise left the club, Michael Owen played in midfield and Joey Barton told Shearer he was a “shit manager with shit tactics”. Kinnear’s appointment was just one strange moment amongst many.

Incredibly, that wasn’t the end of Kinnear at Newcastle. In June 2013, more than four years after leaving his managerial role, he was reappointed by the impressively loyal Ashley — this time as director of football, taking charge of transfer dealings and other affairs.

True to form, Kinnear even had time to take part in some more bizarre press interactions, effectively picking up where he left off.

Although his language was cleaner, an interview with talkSPORT saw him make numerous factually incorrect statements about his career, including that he had won the LMA Manager of the Year award three times (he won it once, in 1994) and that he had signed Newcastle goalkeeper Tim Krul (Graeme Souness had).

He was, once again, widely ridiculed.

On paper, however, this second spell could be considered a more successful appointment, since Newcastle finished the 2013-14 season in 10th.

But Kinnear only stayed in his position until February 2014 and made just two loan signings over that period. One of the two, Loic Remy, was good; the other, Luuk de Jong, was not.

Now 75, Kinnear has not worked in football since.

Mike Ashley’s mismanagement of Newcastle was a long-term affair with many bizarre decisions, but his appointment of the long-forgotten Joe Kinnear — twice! — may just be the strangest of all.