Some people might accuse Adel Taarabt of wasting his talent. But really it’s only the clubs he’s played for we should blame for that.

The phrase ‘not that sort of player’ has been run into the ground so much that it has lost almost all meaning, but a few years ago, one man made a concerted effort to bring it back.

In its clichéd form, the description tends to apply to players guilty of a dangerous challenge or a tackle which leaves an opponent with a serious injury. It’s mitigation, an argument that no one sets out to injure opponents (although they might ‘let them know they’re there’).

Adel Taarabt, however, is not the type for empty gestures. When he says something about himself, he means it – and for him the ‘not that sort of player’ line means something different.

During his time at QPR, the Moroccan playmaker responded to criticism from manager Harry Redknapp by saying: “Maybe he expects me to make more tackles. I am not this type of player.” 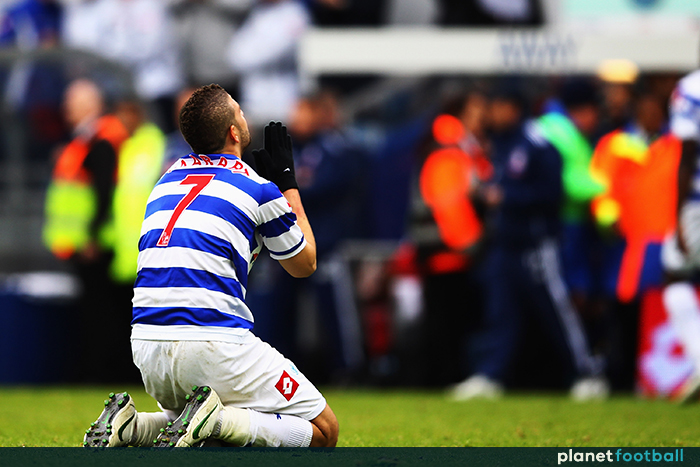 Some would say that’s the sign of a player who’s not committed enough to the team ethic, a player who should be considered persona non grata. Wrong: football actually needs more people like Taarabt.

You’ve all probably seen his finest moment, even if you didn’t know he was the man responsible. It’s the moment he got labelled a “genius” by Jim Magilton. Yes, the Jim Magilton – try to contain yourselves.

There are few players capable of taking a scuffed Radek Cerny clearance that doesn’t reach the halfway line and turn it into a goal without anyone else touching the ball.

Sure, part of that might come from the fact that the likes of Messi and Ronaldinho wouldn’t be seen dead in the same starting XI as Cerny, but that’s by the by.

Just watch it, and try to stop yourself from shouting obscenities at your screen on multiple occasions. It’s physically impossible.

Think back to when you started playing football as a child. Who did you try to be more like – the roadblock of a centre-back, or the guy who took the piss with tricks? Which of those people did you pick to ‘be’ first in the playground? Exactly.

If football was purely by-the-numbers stuff then we wouldn’t keep watching. Plenty of rules have been introduced (or attempted to be introduced) in an effort to make the game more entertaining, which makes it all the more confusing to see dismissive attitudes towards players whose only aim is to entertain.

Adel Taarabt takes after all the true footballing greats: he has the close-control of Diego Maradona, the tricks of Cristiano Ronaldo, and the confidence of Bruno Di Gradi.

He’s the type of man who could sell a dummy to a brick wall. He could dribble around an M.C. Escher staircase. He could nutmeg the air. If you could use a bet365 bonus to back him to somehow humiliate an opponent during a game, it’d be the safest bet you’d ever place. 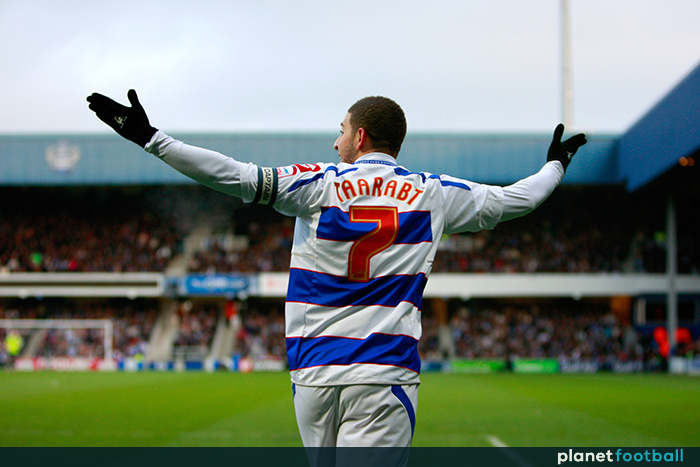 On his professional debut for Tottenham, Taarabt came on in the 87th minute with his team trailing West Ham United by three goals to two. A few minutes later, they were celebrating victory.

It showed the beauty of being able to introduce someone who is capable of anything – they don’t actually have to do anything when the threat remains.

At QPR – for a short time, at least – he found a club able to unleash his talents. He’s the player you need to build a team around, and it works because while you’re losing one man from the defensive effort, you’re occupying two of the opponents’ XI with the need to keep him in check.

To call him ‘unplayable’ during that period doesn’t tell the full story – ‘incomparable’ is a much better word for a man whose 19 goals from the number 10 position in 2010-11 returned QPR to the top flight for the first time in nearly two decades.

Yes, he failed to make the mark the following campaign in a Premier League squad for whom Heidar Helguson (Heidar Helguson!) top-scored, but which of those two players will Rangers fans remember longest?

Take this goal against Swansea, a 25-yard finish preceded by a build-up more dance than dribble.

The reaction of Joe Allen to being nutmegged is what makes it: the Welshman has no option but to walk away in shame, accepting of the fact that he hasn’t earned the right to attempt to win the ball back.

In one movement, Taarabt forced Allen to reflect on his career path and – more than that – his own being, plunging the midfielder into existential dread for the remaining 10 minutes of the game.

Is this what inspired Allen to up his game, training harder and putting in the hours to ensure he became the Premier League staple we see today? It’s impossible to say, but yes, 100%.

How many players can you name who can go from ‘not good enough for QPR’ to ‘too good for Milan’ and back in the space of 18 months? I’ll answer that for you: you can name one, and he’s called Adel Taarabt.

His only crime is being born in the wrong era. Stick him in a squad in the 70s and fans would be in awe. Give him a stint in a mid-90s Premier League team and he’d get the same acclaim granted to Georgi Kinkladze in his Manchester City days.

Players like this are, dare I say it, wasted on truly elite teams. They flourish when they have to do everything themselves, rather than taking a breather and letting polished teammates do their work for them.

We celebrate our team’s goals, be they scrappy or polished. We cheer saves, be they world-class or pure luck. But it’s people like Taarabt who make football fun.