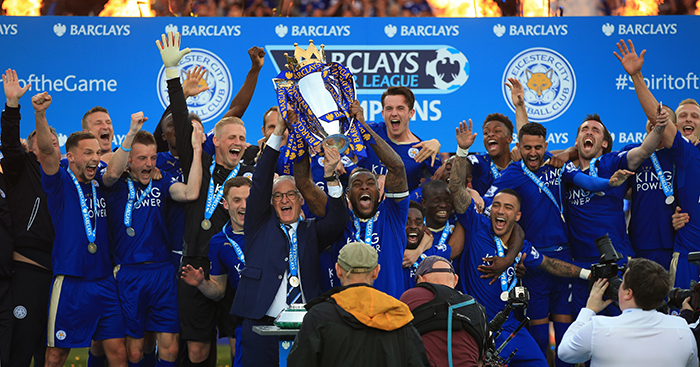 The Leicester City team of 2015-16 was undoubtedly greater than the sum of its parts, but five of their players in particular will be remembered as some of the most successful signings of all time.

Typically, this Bargain Buys series has looked at the individuals who have been signed for pittances and gone on to become superstars for their clubs way beyond anything anybody would reasonably have expected.

In the case of Leicester, though, a whole raft of underappreciated players ended up at one unfashionable club at the same time and incredibly took them to the title. Even now, it is difficult to believe they actually won the Premier League title with a first eleven that cost just £23million to assemble.

Clearly, that side had plenty about them.

So how come those players were at Leicester, who had had to pull off an incredible escape act in the last eight games of the previous season to avoid being relegated back into the Championship at the first time of asking?

There is a strong argument that every member of that Leicester squad was a bargain because of what they achieved, but there are four players whose career paths before joining Leicester really stand out.

N’Golo Kante didn’t make his professional debut until he was 21 years old, coming on as a final-day substitute for Boulogne, an already-relegated team in the French second tier.

The problem for Kante was his lack of flash and flair. Despite showing a clear aptitude in youth football, he was overlooked by a host of big clubs: Paris Saint-Germain, Lorient, Rennes.

Instead he went to little Boulogne, playing in the third tier and initially travelling to training by scooter. Not a moped, you understand, but the skateboard-on-a-stick style toy favoured by children and software architects. His sympathetic team-mates soon started to give him lifts while he saved up to buy a second-hand Renault Megane.

From there he was able to work his way up to a move to Ligue 2 Caen in 2013, and played every game as they earned promotion to the top flight. That allowed Kante to finally made his Ligue 1 debut aged 23 on August 9, 2014, scoring the opening goal in a 3-0 win over Evian

At the end of that campaign, which saw Caen finish a very respectable 13th, Leicester came calling with a £5.6million offer. 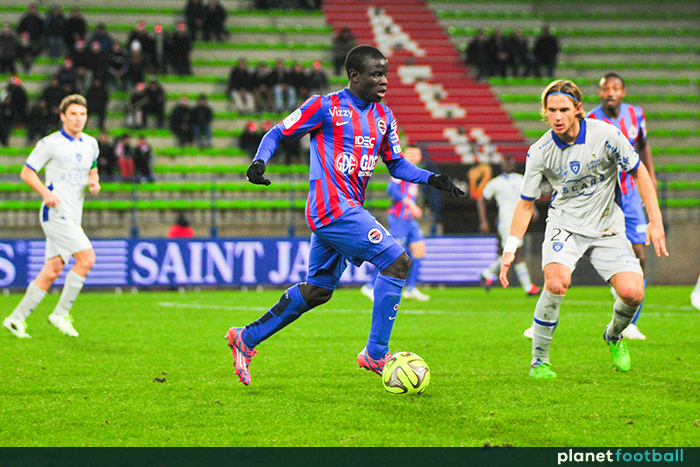 It was a similar story for Jamie Vardy at Sheffield Wednesday, as he was given the infamous “too small” excuse that had supposedly also befallen two-time Ballon d’Or winner Kevin Keegan when he had a trial at hometown club Doncaster Rovers as a teenager.

Instead Vardy went to local side Stocksbridge Park Steels, and gradually moved up the divisions with Halifax Town and Fleetwood, scoring at an incredible rate every step of the way, before Leicester snapped him up for £1million in 2012. 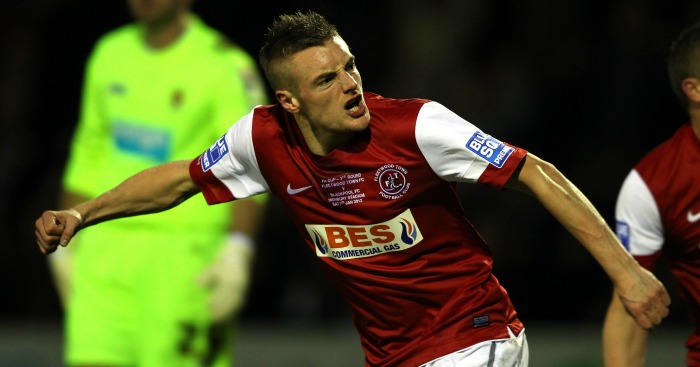 Kasper Schmeichel did at least start at the top, playing the first few months of the 2006-07 season at Manchester City in 2007 before losing his place to the even younger Joe Hart.

Loans at Cardiff and Coventry followed, before Schmeichel was tempted to join former City boss Sven Goran Eriksson in League Two at Notts County in a season probably best described, for reasons of length and diplomacy, as ‘barmy’.

A successful season at Leeds United drew Schmeichel plenty of plaudits and earned him a move to relatively big-spending (by Championship standards) Leicester.

They got promoted in Schmeichel’s third season at the club, by which time he was, like Vardy, 27 years old, and hadn’t made a Premier League appearance in almost six years. 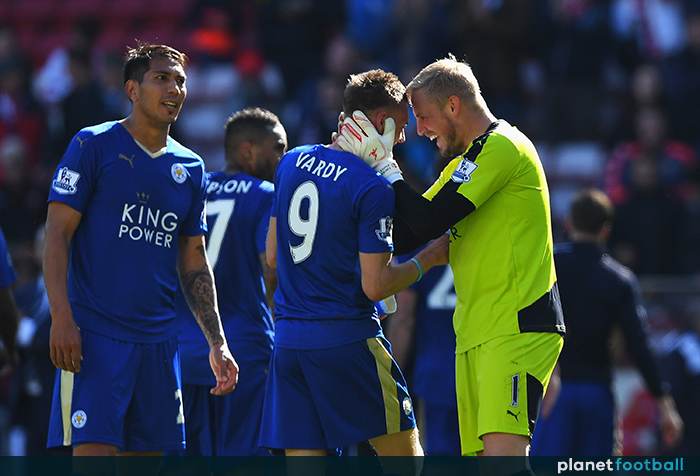 Winger Riyad Mahrez had also faced a fight to the top. As an 18-year-old, he went on trial with Quimper, a fourth-tier amateur side, and struggled to convince the club he was worth paying €750 per month – about £7,500 per year.

However, Quimper eventually caved and Mahrez went on to impress, attracting the attention of PSG, among others. But instead he opted to join Ligue 2 Le Havre, whose youth system he preferred: Paul Pogba, Lassana Diarra, and Dimitri Payet had all also spent time at the club as kids.

When you’ve had to scrap to reach that level, you want to know you’re going to be well looked-after.

He was lucky even to get there – Mahrez largely played reserve team football in his first two years at Le Havre before graduating fully the first team in 2012-13.

Mahrez had his sights set on breaking into the Algeria squad ahead of the 2014 World Cup, though, and playing French second-tier football was unlikely to give him that opportunity, so he started putting out feelers for a new club.

Table-topping Championship side Leicester City were the side that came calling, having tracked Mahrez for 18 months, and they signed him for just £450,000 in January 2014. Mahrez was just about to turn 23.

Finally, captain Wes Morgan, who had been a Championship-level stalwart in the East Midlands for his whole career (save for three seasons in League One with Nottingham Forest), first at hometown club Forest and then at Leicester, whom he joined for around £1million in January 2012.

The Jamaican international was 30 when he made his Premier League debut, in Leicester’s opening day 2-2 draw with Everton.

What happened next has passed into legend, as Leicester romped to the most unexpected sporting triumph in history.

The momentous size of that achievement is only pulled into greater contrast by the realisation that arguably their five most important players in that title-winning campaign – Schmeichel, Morgan, Kante, Mahrez and Vardy – had just eight career top-flight appearances between them prior to Leicester’s promotion in 2014-15, all of which belonged to Schmeichel.

Come the end of the 2015-16 season, the goalkeeper was the only one of the five not to be named in the PFA Team of the Year.

There are clear lessons for other football clubs: that you can assemble a winning team cheaply if you have the right scouting and can successfully bond a group together into a cohesive team.

Of the £23million it cost to put that first eleven together, Kante and Shinji Okazaki account for over half, with the rest of the team signed for no more than around £2million each.

But there’s a bigger story than that here. It’s hard to believe that the kind of spirit and dedication required to push through the setbacks suffered by all five players didn’t play a massive part in the incredible team spirit that propelled Leicester to the title, and that the shared history of overcoming that kind of adversity didn’t help bring the players closer together.

Winning the title for Leicester is legacy enough, but more importantly, that quintet of late bloomers stands as an inspiration, not just in football, but in life.