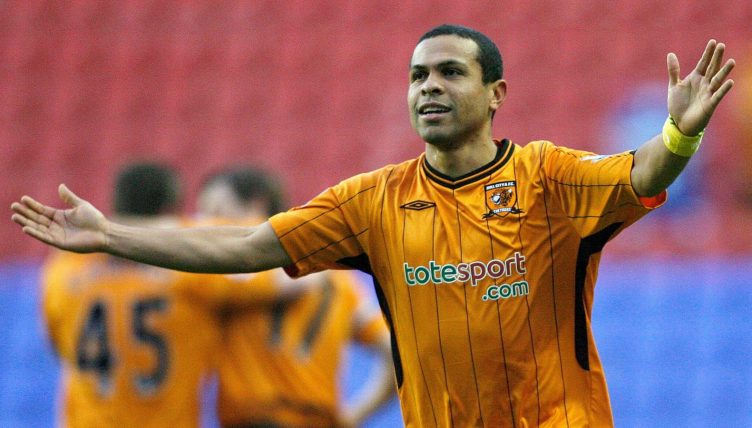 We only saw some flashes of Geovanni’s brilliance while he was playing for Manchester City, but for a while at Hull City he was consistently outstanding.

I previously wrote about Ali Benarbia, an outrageously talented attacking midfielder who joined Manchester City after parting ways with an established European club who play in red and blue.

Now, for a change, I’ve decided to write about an outrageously talented attacking midfielder who joined Manchester City after parting ways with an established European club who play in red and blue.

However, while Benarbia thrived at City immediately after arriving from Paris Saint-Germain, Geovanni’s arrival at the Etihad – then still known as the City of Manchester Stadium – was both longer after his Barcelona spell and far less successful.

But while the Brazilian might have failed to hit the ground running at his first English club, his second Premier League season would prove to be the one that earned him a permanent place in the hearts of a different fanbase.

English supporters’ first memories of the man from Minas Gerais may well have been fictional ones.

Geovanni was a Championship Manager icon when breaking through at Cruzeiro around the same time that his contemporary – one Ronaldinho Gaucho – was doing the same at Gremio alongside the likes of Tinga and Anderson Polga.

Indeed, he wound up at Camp Nou just a few months after Dinho was snapped up by PSG, and a more successful stint in Spain might have delayed, or even made impossible, his compatriot’s move to the same club.

Instead, however, an underwhelming couple of years saw one man leave the Catalan club as the other arrived, with Geovanni moving on to Benfica and then back to Cruzeiro before he was tempted to Manchester as part of Sven-Goran Eriksson’s revolution.

Having arrived at the same time as luminaries such as Valeri Bojinov Nery Castillo and Rolando Bianchi, Geovanni wasn’t the best investment, but he was far from the worst.

However, after it all started so well – a goal on his competitive debut at West Ham and a winner in the Manchester derby on his first league start – things petered out a little.

Fifteen of his last sixteen league appearances came from the bench, and he failed to score after the turn of the year, but he was at least saved the ignominy of featuring in the 8-1 season-ending loss at Middlesbrough.

That game proved to be Eriksson’s last in charge, and the Swede was followed out of Manchester by several of his recruits.

However, after failing to take his chances in La Liga and in his first English season, he was in the mood to prove people wrong.

Yet somehow, and it’s still tough to work out how exactly, the combination provided the first recorded example of two wrongs making a right.

Or maybe three wrongs, if you consider the preposterousness of someone like Geovanni starring for a club who, in the same window, broke their transfer record for Anthony Gardner. 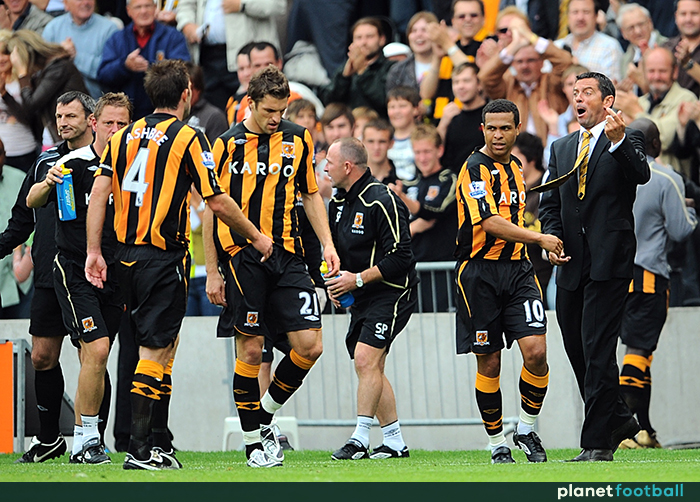 When we talk of promoted clubs having the element of surprise in meetings with those higher up the league, there is often a subtext of more established clubs (invariably Arsenal or Liverpool) not ‘liking it up them’, to quote your dad.

The classic example was Tony Pulis’ Stoke City using Rory Delap throw-in missiles, while the more direct approach of Sean Dyche’s Burnley caught out enough opponents in 2016-17 to ensure the club never found itself in a serious relegation fight.

Hull, however, were different. There was an argument that a team could not rely on defensive solidity with the likes of Kamil Zayatte and Sam Ricketts both regular fixtures in their back four, while a midfield containing the 65 combined years of Ian Ashbee and George Boateng was never going to be the most mobile.

Keeping it tight and outrunning the opposition was never really on the cards – they needed mavericks, and Phil Brown was just the man to find them.

It has never been proven whether the pairing of Geovanni with Daniel Cousin – fresh from two headbutts in 10 days with previous club Rangers – was designed to make the Brazilian seem like the sensible one, but it worked.

Geovanni scored six goals in his first 11 games as the Tigers – with one of the weaker squads in the division – picked up 17 points that would prove crucial come May.

There were plenty of highlights for him, not least Hull’s first-ever Premier League goal in the season opener against Fulham, but the goal that most remember is his phenomenal strike from distance against Arsenal.

“Whenever people talk about my time at Hull they always remember the game against Arsenal,” Geovanni told FourFourTwo in 2014.

“For a team to get promoted and then win away to Arsenal in the first season is incredible really.”

It was the sort of strike that reeks of the kind of arrogance you don’t expect from a newly-promoted side, especially one which came up through the play-offs and taking on a club that had gone unbeaten at home throughout the previous season.

But that, as well as his solo strike against Fulham and a majestic free-kick against Tottenham, gave people an idea of why Barca manager Carles Rexach was intent on bringing him to Europe in the first place.

Falling out with Brown

However, the quality and ambition that brought those goals also saw him fly too close to the sun, and his own downturn coincided with Brown’s own plans unravelling as the season went on.

Brown’s on-pitch team-talk is the moment that sticks out for many neutrals, but the one win from 19 games that followed left the club fortunate to even stay up, dropping them from the top half to one point outside the bottom three. 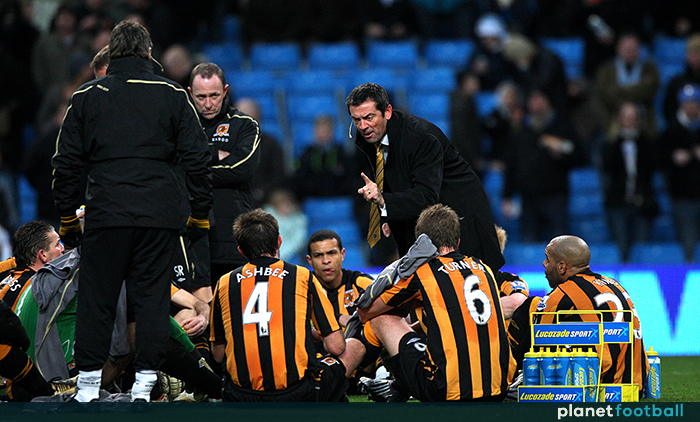 And in the middle of that run, before the narrow victory over Fulham which would ultimately prove crucial, Brown had had enough with the man whose goals and exuberance had been so key to the fast start.

“I’m the manager,” Brown insisted after Geovanni reacted unfavourably to being substituted.

“I haven’t spoken to him yet. He’s getting drugs-tested so hopefully they will find that positive.”

Geovanni had the last laugh, however. His only other goal that season came in a draw against the Newcastle United side that finished a point below the Tigers, but in March 2010 – pretty much a year to the day after those drug test comments – Brown was dismissed.

Geovanni might not have been contributing a great deal by then (his last Hull goal came in January), but he was still there, and that’s what mattered.

Still just 30 years old when he left Hull that summer, he disappeared into the night, spending half a season with the San Jose Earthquakes before returning to Brazil.

And would you know it, the same month that he made his Vitoria debut, Ronaldinho was back in Brazil too, pulling on a Flamengo shirt for the first time.

There might have ultimately been little in common between the pair, save for their spells in their home country coinciding, but there will always be a group of fans who remember Geovanni as fondly as the Barcelona faithful recall his more decorated compatriot.

READ NEXT: An ode to Jimmy Bullard, who treats football with the seriousness it needs