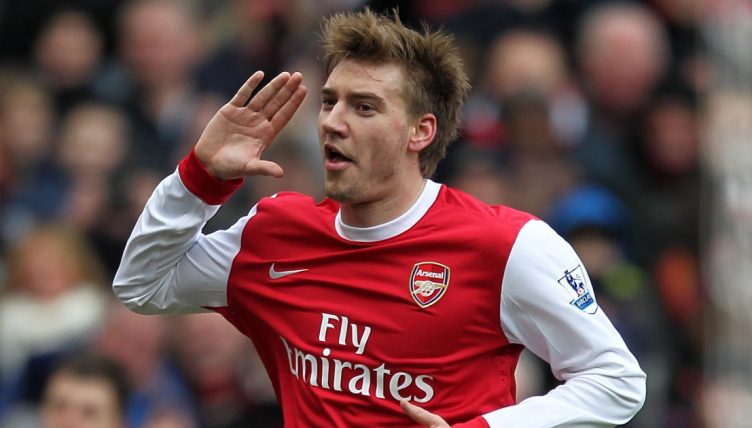 Nicklas Bendtner never truly established himself at Arsenal and probably isn’t as good as he thinks, but he’s still achieved plenty more than most and is almost definitely better than you think.

Let’s play a game of guess the odd one out. Luis Suarez, Carlos Tevez and Nicklas Bendtner.

Have you figured it out? That’s right, Bendtner is the odd man out, but not for the reason you think. You see, unlike the other two men on the list, the Dane has a Champions League hat-trick to his name.

Not just any old hat-trick, either. Not like Gareth Bale’s treble in the group stages, or Michael Owen’s in that weird match between Manchester United and Wolfsburg. No, Bendtner’s treble came in a knockout game, and made a major difference.

Arsenal’s stand-out goal in that victory over Porto in 2010 might have been scored by Samir Nasri, but Bendtner’s goals helped turn a 2-1 first-leg deficit into a comprehensive 6-2 aggregate win.

And, as it happens, the qualities that brought about his peak that night are the same ones which have stopped him from ever repeating the feat.

Bendtner has, in the past, been criticised for his own inflated sense of self-worth.

The story you usually hear is how, during a test held by the Gunners’ staff to determine self-perceived confidence, he scored a literally impossible 10 out of nine.

However, while that can often be used to ridicule the striker, we should be looking at things the other way.

All top-level strikers, or at least the overwhelming majority of them, enter the game with a high opinion of their own abilities. Sure, they might not be quite literally off-the-scale, but the general sentiment isn’t all that different.

What we often fail to appreciate is that a player of Bendtner’s quality, without that ridiculously inflated opinion of his quality, would be just another guy.

A striker averaging a little more than one goal every four games in the Premier League, as Bendtner was during his time with Arsenal and Sunderland, ought not to have been in a position to win Serie A with Juventus and the German Cup with Wolfsburg. 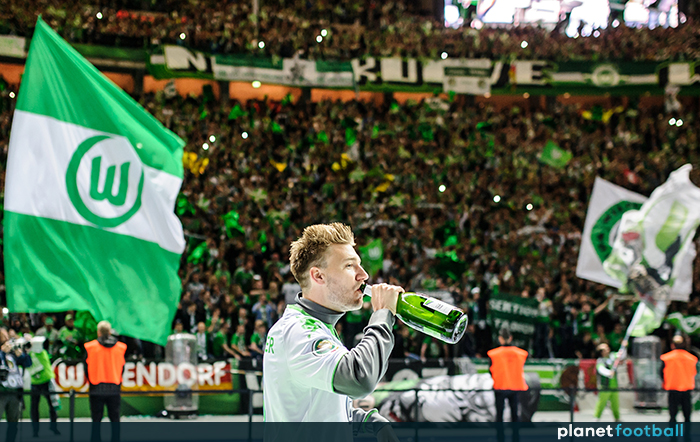 Patently not-good-enough Arsenal forwards, even those at the higher end of the not-good-enough scale like Carlos Vela and Joel Campbell, tend to potter about with loan deals before either impressing at a good-but-not-great European club or continuing to get loaned out while waiting for Arsenal to come down to their level.

What happens if you have a Bendtner who doesn’t think he’s good enough for Juve? You have Jeremie Aliadiere, that’s what.

When pundits criticise those in football for believing their own hype, it smacks of a push for humility for humility’s sake.

If footballers were truly the humble individuals who meet this bizarre ideal, countless talents would have fallen by the wayside after remaining unconvinced of their own talents.

This is why David Moyes fancies himself to do better at West Ham than in any of his past three failures as a manager.

It’s why Eric Cantona continued to take penalties after a failed Panenka during his time in France.

And it’s why Bendtner, a man with no Premier League goals to his name at the time, could enter the pitch against Tottenham in December 2007 and believe – nay, know – he was going to score with his first touch.

Bendtner’s international career has been much more consistent and has been characterised by a far greater efficiency – he found the net for his country at least twice every single year from 2006 to 2015.

However, for all the – yeah, I’ll say it – competence of his international career, his most noteworthy moment wasn’t exactly football-related… though in a sense it couldn’t have had more to do with his on-pitch qualities.

After scoring an equaliser against Portugal at Euro 2012, a goal which at the time looked like putting Denmark into the quarter-finals, Bendtner dropped his shorts to reveal a pair of boxer shorts bearing the name of bookmaker Paddy Power.

Was it stupid? Undoubtedly. Was it needless? You bet. Was he right to be fined? Well, sure.

But still, the fact that he carried out the act and thought he might get away with it tells us all we need to know, and all we have ever needed to know, about the enigma that is Nicklas Bendtner.

The same unwarranted self-belief that convinces you to carry out the act is what allows you to put yourself in that position in the first place.

Only a player mindless enough to think shilling for a bookie would carry no consequences could also think himself capable of dragging Denmark back from a two-goal deficit against Ronaldo, Moutinho and co.

In 2017, still only at the age of 29, Bendtner enjoyed his best goalscoring season, scoring 23 times in 43 games for Rosenborg.

And while some might call that season an outlier, or a sign of the paucity of the Norwegian top flight, Bendtner would surely disagree.

Indeed, we imagine this is the tally he knew was always just around the corner, and the number of goals he’d surely have scored for Arsenal if only they had built their team around him.

And, you know what, who are we to disagree with him?