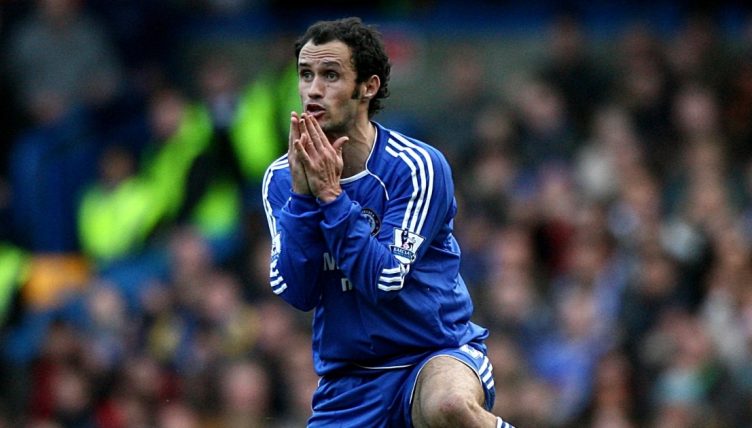 Every season, there’s a brilliant game that captures our attention at the time before disappearing into the ether. In 2007-08, it was the Boxing Day meeting between Chelsea and Aston Villa.

The idea of a game ‘having everything’ is often an exaggeration, but in this case it’s an understatement if anything.

The 07-08 season, for those who get their Chelsea managerial signings mixed up, was the one in which Jose Mourinho started the campaign in charge before making way for Avram Grant.

As such, the Blues were stuck with the players signed by their Portuguese coach either as a joke or under extreme duress. In this case, it was a decidedly non-canon front two of Andriy Shevchenko and Claudio Pizarro.

It was the only Premier League game the pair ever started together, and they were going to make it count… just not right away.

After starting the season strongly, Villa had passed their Boxing Day rivals on their way down the table. They were on a four-match winless run, while Chelsea had one four out of five and progressed to the Champions League knockout stages unbeaten.

Grant’s team were also on an unbeaten home league run dating back nearly four years, with Arsenal’s Invincibles the last visiting team to win at Stamford Bridge. Obviously, then, Villa took a 2-0 lead through Shaun Maloney’s double, the second via a Petr Cech howler.

This was Martin O’Neill’s Villa, though. Experts at coming close to disrupting the Premier League hierarchy but falling short right when it mattered.

Surely they’d find a way to let Chelsea back into the game.

Well, you’re not wrong: right on the stroke of half-time, and seconds after a decisive clearing header, Zat Knight got the wrong side of Michael Ballack and brought the midfielder down, giving away a penalty and earning a red card for the last-man foul.

Was it good from a balance of play perspective? Maybe not. But for those who view football as nothing more than circus-level entertainment, it was gold dust. Shevchenko converted the penalty, and we had a game on our hands.

We just didn’t realise the clownishness was only getting started.

At first, it was the normal kind of stupid. You know, stuff like two players scoring the only Premier League braces of their respective careers on the same day.

Shevchenko’s second was a belter, too, and Chelsea went ahead when centre-back Alex did that thing he sometimes did and temporarily forgot he was a defender in order to stroll upfield and pull off a striker’s finish.

Sometimes, looking back at that era, it’s tempting to wonder how the Brazilian would have got on as a No.9. There was an air of the Diego Costas about him, and the right manager could well have brought out the same kind of goal return.

Look, all I’m saying is Alex scored two goals to Sheva’s five that season, all while nominally playing about 50 yards further back. And would Chelsea have really missed his defending that much?

However, as we’ve learned from flicking elastic bands at our classmates at school, extreme tension, when released, can lead to dramatic and painful consequences.

How does this translate to Chelsea’s game against Villa? Well, put simply, it should not be possible to foul a player with such force that he ends up out of frame.

When you have extreme tension, though, anything is possible, including Ricardo Carvalho making it 10 men apiece by helping pad Gabby Agbonlahor’s ‘distance covered’ stats.

Every so often, you’ll hear calls for governing bodies to make football more exciting by taking one player off each team for extra-time, then doing the same thing over and over until a result is produced.

Whatever you think of that plan, you can’t ignore the fact that the 10-v-10 final minutes at Stamford Bridge made for an entertaining close to the game and, dare we say it, a case for doing such a thing more often.

The game had already felt stretched, but the extra space opened up by the sendings-off only accentuated this, as did Chelsea’s introduction of Shaun Wright-Phillips to take advantage of the gaps on the pitch.

We’d already seen two big stories in the form of the maiden braces from Maloney and Shevchenko, but the hashtag narrative wasn’t done there: Michael Ballack, making his first league appearance of the season after injury, found a gap in the Villa wall to put Chelsea back in front with a 20-yard free-kick.

Up until that point, the one thing the game had lacked was outright fury. Strange, given the earlier red cards coupled with what we’d see from Chelsea players in one especially heated game the following season, but there we are.

This time it came after a passage of play so panicked it might be seen in a ‘Crap 90s Football‘ montage, which ended with Ashley Cole using an arm to block a shot on the line.

There was plenty of fury and frothing at the mouth, but referee Phil Dowd’s mind was made up. Cole was sent off, making it nine v 10.

Cue a fair amount of pushing and shoving, A whole lot of anger, and, somehow, Gareth Barry finding a way to be affected by absolutely none of it and proceed to calmly send Cech the wrong way from the spot after what felt like an age.

After all that, you might have thought both teams could take the match as a learning opportunity, and Chelsea at least managed to do so in one sense.

The Blues only picked up one more league red card before the end of the season, remaining entirely unbeaten in the process, and also kept it clean in Europe right up until the closing stages of the Champions League final…when Didier Drogba slapped Nemanja Vidic.

Villa also had an upturn in form, taking 11 points from their next five games, but didn’t heed the lesson that it’s difficult to win games if you concede four: Manchester United put that many past the Villans after the turn of the year with no reply, though O’Neill’s side did at least score four themselves on four further occasions.

Perhaps our real takeaway should be much simpler: matches around the festive period are often incredibly stupid, and trying to learn any real lessons from them is overambitious at best. You’re much better off embracing the chaos and just hoping it doesn’t directly affect your own team so you can look at it from a distance and laugh.

Was Chelsea 4-4 Aston Villa the greatest game in Premier League history? Maybe not, but it was probably the stupidest, and isn’t that just as good?

READ NEXT: A detailed recollection of Chelsea 2 Manchester United 2 from 2002