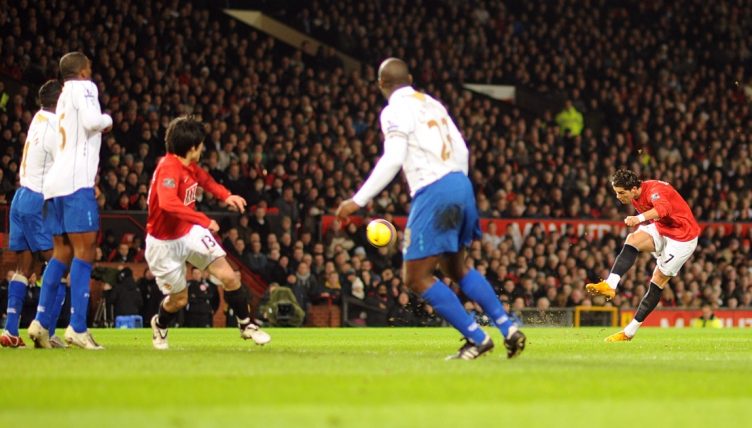 Cristiano Ronaldo’s knuckleball free-kick for Manchester United against Portsmouth in 2008 was not just a wonderful goal, it was the first move of an expert poker player that’s been getting into the heads of his rivals ever since.

On January 30, 2008, in front of a capacity crowd at Old Trafford, Cristiano Ronaldo made what might be his most lasting impression on football.

It sounds bizarre to point to just one moment from a man whose career is full of so many incomparable achievements, but the free-kick he sent beyond David James that evening changed the game for him and so many others.

It might not have been the first knuckleball effort to sail into the net, or even the first one attempted by the Portuguese, but the goal – handing United a 2-0 lead which they would not add to on that cold January evening – set the tone for the following decade.

The style of free-kick might not be the most efficient, or even the most visually satisfying, but the knuckleball is almost like the sport of football itself, a game where rewards are rare and bland failure is commonplace.

As of October 2017, Ronaldo had scored with just over 7% of his free-kick attempts for Real Madrid and, anecdotally, one would not expect his return for Manchester United or Portugal to differ a great deal.

If one of the world’s greatest can only deliver such a paltry return from a well-honed and extensively practised technique, one would expect lesser players to think “maybe this isn’t for me”.

However, the endless attempts to emulate the style and substance, from others but also from Ronaldo himself as he gets on in years, tell you all you need to know about the man.

Ronaldo scored a lot of goals for Real Madrid. And I mean a lot of goals. Four-hundred and fifty to be precise, with fewer than 10% of those coming from free-kicks, which is roughly the same proportion as Wayne Rooney’s goals have been left-footed or Riyad Mahrez’s headers.

Repeatedly striking the ball into the wall or over the bar, as happened on close to 400 occasions for Los Blancos, was no skin off Ronaldo’s nose.

Other, better chances would fall his way, and Real Madrid have usually had enough talent elsewhere to create plenty of other openings over the course of 90 minutes (as did Manchester United during his time in England).

Opponents, however, will rarely have the same luxury.

There will be games where Madrid keep other teams under wraps to the point where set pieces provide their best opening, and by implanting the knuckleball in the back of their mind Ronaldo has dared them to step up and, against all reason, plant a low-margin strike into the face or chest of the nearest man in the wall.

Then we have the other, unseen positive: Ronaldo himself.

You might be confused as to what he has to gain from repeatedly attempting a manoeuvre he has tried so many times, but that’s only because you’re looking in the wrong places.

It’s not about the success of improving on perfection; it’s about the fact that he is even trying.

That free-kick against Portsmouth is essentially perfect. There’s enough pace on the ball to make sure David James has to anticipate, rather than react, and it flies as close to the top corner as is realistically possible, while dipping right at the last moment.

Even if the goalkeeper had dived – something he immediately acknowledged as futile, he would have got nowhere near. 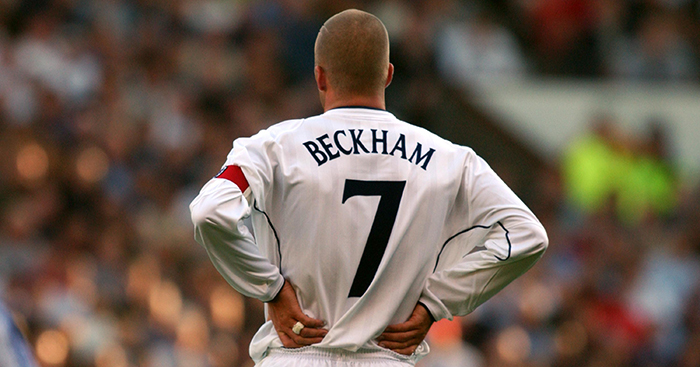 READ: A definitive ranking of every kind of free-kick, from worst to best

Even replicating that delivery would be a huge achievement, but bettering it is difficult enough to almost not feel worth attempting.

And yet he goes back, again and again stepping up with the same wide-legged stance, from out on the right or left or dead-centre, from the edge of the box or 30, 35, 40 yards from goal.

It’s the mindset of a player who never settles, who always sees room for improvement where others don’t. It’s the mindset of a man who hears commentators and pundits complain about each free-kick fired into the wall or into orbit, who hears them play up the inherent luck of the knuckleball technique, and decides luck is a thing that only happens to other people.

Ronaldo could have watched the Portsmouth free-kick back and decided it was his crowning achievement, the pinnacle of his free-kick technique. The fact that he didn’t goes some way to explaining why he’s turned into the player we know him as today.

This piece was originally published in January 2018.