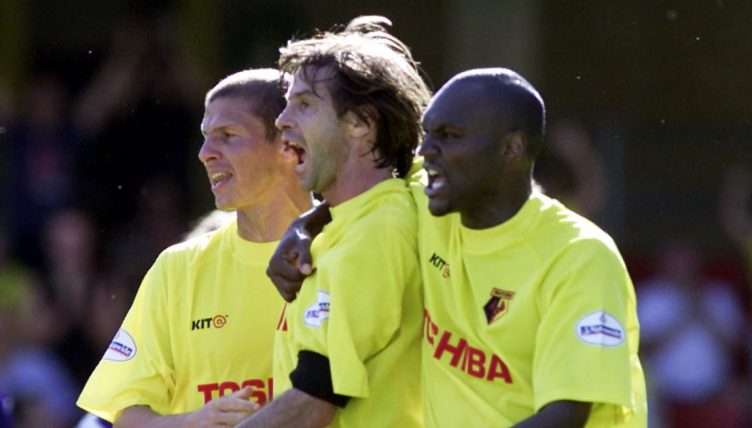 The idea of Watford parachuting in players from Serie A giants is par for the course these days, but there was a time not that long ago when it remained a novelty.

The likes of Roberto Pereyra, Stefano Okaka and Miguel Britos have featured for Watford in the Premier League, while even in the club’s previous Championship days the likes of Fernando Forestieri and Gabriele Angella joined the Hornets.

However, the arrival of the Pozzos in 2012 did not mark the first time the club saw significant Italian influence. Oh no.

Back in the summer of 2011, with Graham Taylor having retired at the end of the season, Watford appointed Gianluca Vialli as their new manager.

The Hornets had finished ninth in their first season back in the Championship following relegation, and before the advent of parachute payments, the continued presence of players on Premier League wages – such as big-money signings Nordin Wooter and Heidar Helguson – hit the club financially.

In retrospect, the last thing they needed to do was hire a manager with expensive tastes and allow him to take the wage bill even higher. But that’s exactly what they did with Vialli.

The Italian was hardly frugal during his spell in charge of Chelsea, spending close to £20million on Gabriele Ambrosetti, Didier Deschamps, Chris Sutton and Emerson Thome in a summer that redefined the term ‘scattergun’, and the same happened – albeit on a slightly smaller scale – at Vicarage Road.

It’s not clear if Vialli brought in Filippo Galli purely to have someone his own age around to reminisce about the good old days, but we certainly shouldn’t dismiss the possibility.

The centre-back attained legendary status during his days with AC Milan, coming off the bench as the Rossoneri won back-to-back European Cup titles in 1989 and 1990 and playing the full 90 minutes as Fabio Capello’s team earned their first continental silverware of the Champions League era with a memorable demolition of Barcelona.

But Galli was already in his 30s when that game was played, and it was another seven years before Vialli offered him his first chance to play his club football away from Italy. 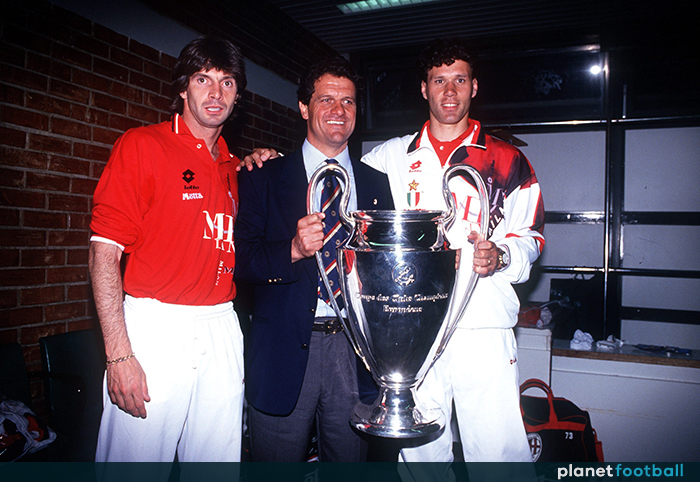 To give an idea of the centre-back’s longevity, he spent his early days at Milan in the same squad as Ray Wilkins and ended it playing behind Massimi Ambrosini: two men born more than two decades apart.

If his spell in England had made him look like a retiree phoning it in for one last paycheck, few could have laid the blame at Galli’s door. But he ended up offering so much more than that.

As Watford site Blind, Stupid and Desperate explained a few years on, ‘Filippo Galli was not one for clenched fists and battle cries, perhaps, but there was never any doubt that he cared.

‘While his advancing years led supporters to imagine what a magnificent, excellent, exemplary player he must’ve been in his Milan prime, the truth was that, even as he neared forty, Filippo Galli was still rather wonderful.’ 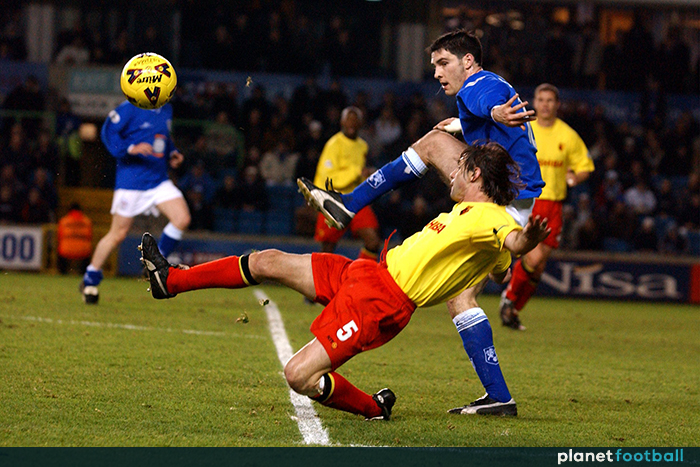 There is often a tendency for veterans drawn to England to only achieve cult status if they are effective (or at the very least ‘able to make things happen’) in the attacking third: it has happened with the likes of Galli’s compatriots Attilio Lombardo and Vincenzo Montella.

However, there is always an exception to prove the rule.

Galli scored just once in a Watford shirt, a bullet-header in a victory over Walsall, but he quickly became popular through a combination of being that rare beast: a player still capable of showing his quality but at the same time enjoying mucking in at a lower level than that to which he was accustomed.

Galli’s year in Hertfordshire was arguably comparable to a good MLS import: a theoretical gamble given the player’s age offering a valid excuse for a lack of hunger, but one which worked out to the point it offered a respite from an otherwise underwhelming season.

Or, in the Hornets’ case, one overshadowed at times by the spectre of financial ruin.

“He was the best of all the players that Vialli signed and he was 38 years old,” Watford fan Michael Moruzzi recalls, hinting that the season in question was more or less what many would picture from a campaign in which only Tommy Smith managed to reach double-figures for goals.

“It’s hard to say if he had cult hero status as that was a bad time, as we nearly went bankrupt, but he definitely stood out in that team – we’ve not had many members of Milan’s legendary team play for Watford over the years, to be fair.”

Ultimately, Galli’s time at Watford was cut short after just one season. Vialli was sacked at the end of the campaign after an uninspiring 14th-place finish, and his captain followed suit.

In the following decade until the arrival of the Pozzos, Watford were largely a mid-table team. The exception came under Aidy Boothroyd, whose tenure featured an accidental promotion and a less accidental immediate relegation with just five wins from 38 games.

Watford fans have had to deal with plenty of disappointment and frailty this century, but mixed in among that they have had the sort of mundanity that can verge on making fans wish for a relegation battle just to make things exciting.

When you’re treading water on the pitch and sinking off it, there’s nothing quite like a flash of brilliance to interrupt the uninspiring background.

Galli achieved just that, giving fans a taste of something many Championship clubs won’t even come close to, and he didn’t stop caring throughout.