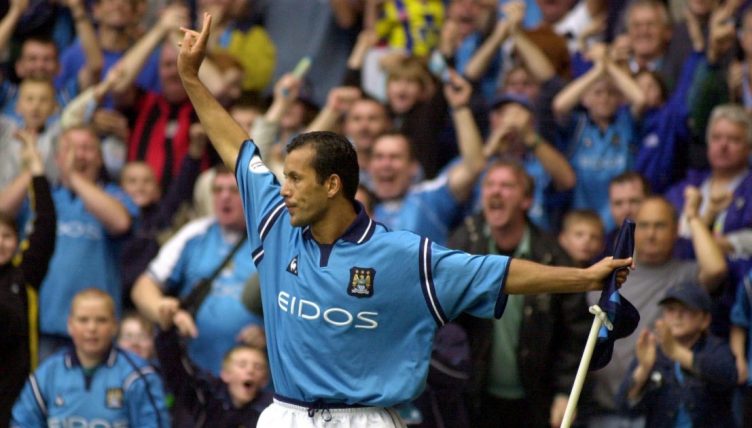 It’s weird, but there are football fans today who don’t remember a time when Manchester City were glorious failures and not the top-four staples we now know them as.

Just 14 years passed between Sergio Agüero’s title-winning strike against QPR and Jamie Pollock’s solo own-goal against the same opponents which saw the club relegated to the third tier.

City’s squad under Pep Guardiola is full of world-class talent, and though some players are better than others, there certainly aren’t any so far apart in quality that you wonder how they ever wound up sharing the same pitch.

The same can certainly not be said, however, about Ali Benarbia and the City squad he was a part of.

The Algerian joined City in 2001, reportedly at the express behest of manager Kevin Keegan, who had never forgotten Benarbia’s displays for Monaco a few years prior.

In the 1996-97 UEFA Cup, just a couple of months after Keegan had left Newcastle United, the Magpies were decimated by the playmaker and his team-mates in the principality.

Benarbia scored twice that night – a powerful left-footed volley into the top corner, followed by a sublime free-kick with his right –  while the other scorer was Sylvain Legwinski, a man who would incidentally join another of Keegan’s former clubs, Fulham, that same year.

City signed Benarbia while in search of an immediate top-flight return, having been yo-yoing between the top few divisions, and it didn’t take long for their manager to sing the praises of a player who clearly still belonged at a higher level.

“I don’t think Manchester City fans in the last 20 or 30 years will have seen many players like him,” Keegan said, just a couple of months into Benarbia’s two-year stint.

“They will come up with names like Colin Bell and he is definitely in that class.” 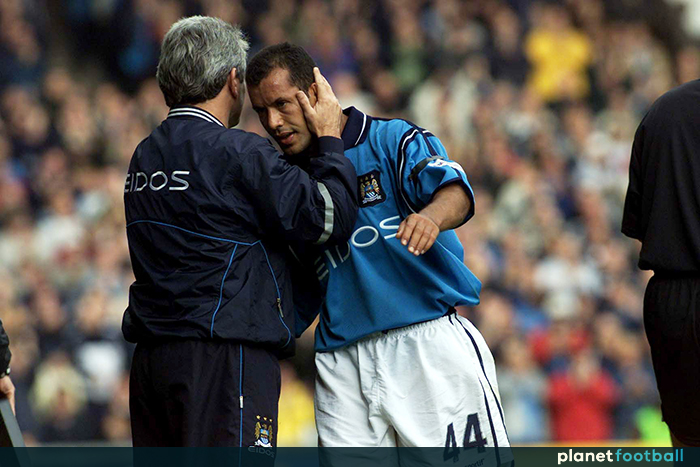 Division 1 football (it was still a couple of years away from its ‘Championship’ rebranding) was not quite the same then as it is now.

A big-money deal in those days meant Coventry paying £5,000,001 for Lee Hughes and not the eight-figure sums forked out for the likes of Ruben Neves, Jonathan Kodjia and Ross McCormack of late.

And the lessened spending power (this was before parachute payments, remember) meant a shrewd free transfer could be a huge fillip.

Benarbia may have been almost 33 by the time he moved to Maine Road, but he was never a player who relied on pace.

And besides, less than a year had passed since he was captaining Paris Saint-Germain in the Champions League, so even a slight drop-off would have left him more than capable when it came to leading a promotion charge.

In the end, there was nothing to worry about when it came to quality. At times it felt as though Benarbia was playing a different sport to the other 21 players on the pitch. 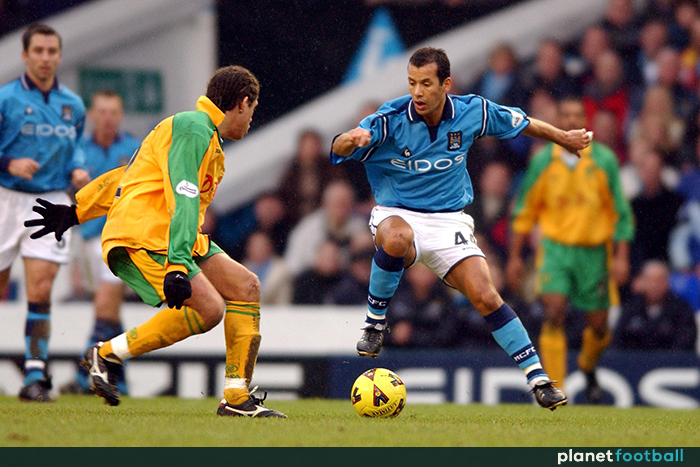 He hit the ground running, with City finding the net 15 times in his first four league games. Those following the club at the time still recall him coming pretty much straight off the plane to rip Birmingham City to shreds on his debut.

When Benarbia had the ball in space, it felt like time stood still, letting him control the rest of the pitch telekinetically to open up angles for the perfect pass.

Even when under extreme pressure, forced into snap decisions, it simply felt like we were seeing calm and composed play on fast-forward rather than anything approaching panic.

That’s just what you get with a player confident in his own abilities and confident that – with few, if any, exceptions – he would always be the best player on the pitch.

“At the time it seemed appropriate to hail Benarbia as the most skilful City player since [Georgi] Kinkladze – a comparison which still holds up in hindsight,” says Alex Timperley of sorely-missed Manchester City site Typical City.

“It isn’t often that you see a player combine vision and skill like Benarbia. Or at least, not at City in those days. The through balls, the flicked back heels, the telepathic communication with Eyal Berkovic and the strikers… Benarbia had it all.

“He fit perfectly into Kevin Keegan’s free-flowing City side and it says a lot about how much he excited the fans that we still talk about him to this day. If only he had joined City a few years earlier!”

Indeed, the sad trade-off came from the fact that the things which made Benarbia a feasible purchase – namely his age and his falling-out with PSG – also ensured his time in Manchester was never likely to be the longest.

They did get one more season out of him following their promotion, however, and his former PSG team-mate Nicolas Anelka came along for the ride.

Benarbia moved to Qatar, winding down his career in the Stars League, but not before playing a part in the transition between Manchester City old and new.

His final game in a sky blue shirt was the first played at what is now the Etihad. Consider it a passing of the torch – and Benarbia knew a fair bit about passing.

READ NEXT: A celebration of Geovanni and when he lit up the Premier League for two Citys