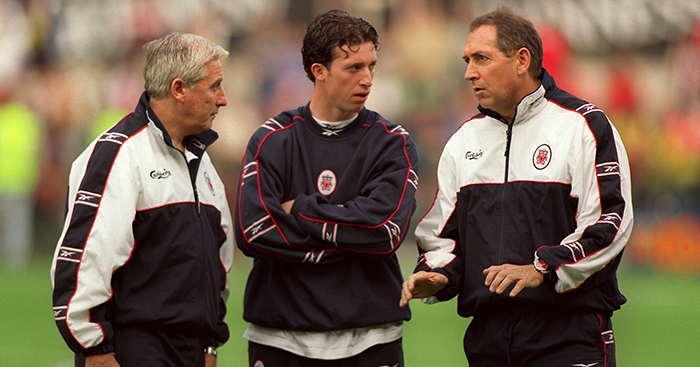 It has taken a long time and a lot of opposition, but agreement finally seems to have been reached in Britain that football managers can not do it all by themselves.

There are still a few that would have you believe directors of football, technical directors, sporting directors or whatever else they might be called are in fact would-be managers waiting for their chance in the top job, but the majority of people working in the game acknowledge these people are generally a help rather than a hindrance to the man in the dugout.

There are certainly advantages to handing control of a team over to one man: it allows them to build a largely uncompromised vision, it maintains their position at the top of the authoritative hierarchy, and it allows decisions to be made faster, but it takes a special kind of visionary to make it work.

Most coaches aren’t that, and there’s no shame in that either: by definition, not everyone can be exceptional, but that doesn’t preclude you from being very good.

So for most clubs, the director of football model is becoming the norm because it’s the better option: in which one or several specialists look after business concerns and monetary negotiations, while the manager or coach…well, manages and coaches. Modern managers like Jurgen Klopp are used to and welcome such a structure. 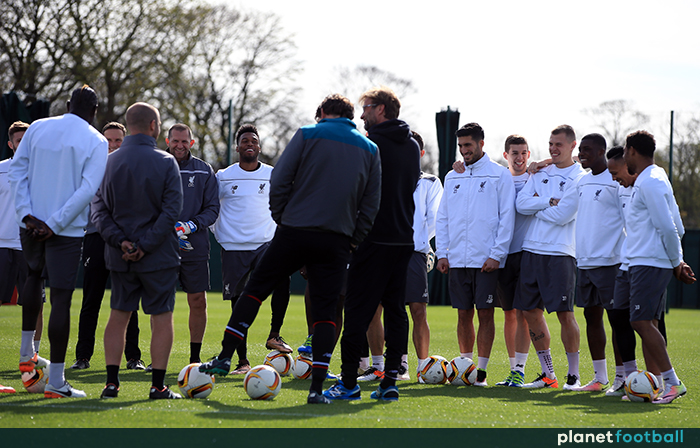 You may think the island that produced Adam Smith and dragged the world into the era of industrial mechanisation through production lines would have grasped the concept of labour division much sooner, but British football is notoriously resistant to change – or, to be more precise, change inspired by nations other than our own.

And so, for a weird, transitional time in the 90s, we tried to have it both ways: let’s keep the old-fashioned manager but split the work. How do you do that? Why, you appoint two managers, of course!

There are two very famous examples of this in the Premier League, and both were the result of massive fudges by the board.

Alan Sugar had appointed then-manager Terry Venables as Chief Executive at Tottenham after taking over in 1991, but after Peter Shreeves’ underwhelming season in charge ended in dismissal, Ray Clemence and Doug Livermore were appointed joint head coaches.

However, Venables was clearly calling the shots, rendering Clemence and Livermore’s job an assistant manager’s role in all but name.

Meanwhile, when Gerard Houllier was appointed joint manager at Liverpool in 1998, the compromise was a foolishly sentimental decision made in order to preserve the club’s final link to Shankly’s famous boot room in Roy Evans, whose sad doe eyes read the writing on the wall from the moment of Houllier’s unveiling and who only pushed through the denial until November due to his own understandable emotional attachment to the club. 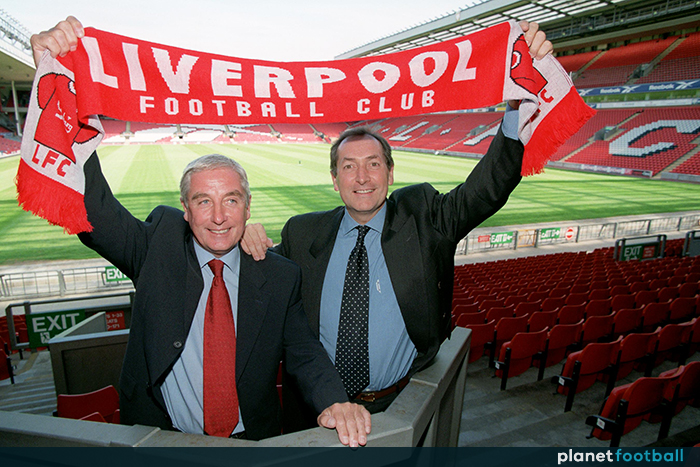 But there’s another, less well-known example of the 1990s’ bizarre joint-manager experiments, and this one was seemingly attempted fully in earnest, making it the most interesting case study of the three in assessing the scheme’s efficacy.

Things were hard for Bolton Wanderers in 1992. A founding member of the Football League, they had spent just eight of the first 66 seasons of league football outside the top flight and were four-time FA Cup winners but struggled badly after the legendary Nat Lofthouse was forced to retire through injury.

A return to the top flight in 1978 only lasted for two seasons, and in 1987 the club were relegated to the fourth tier for the first time in their history.

Bruce Rioch took the reins from Phil Neal in 1992 with the side in the third tier. A touch bizarrely, he appointed as his assistant the man who had succeeded him at Middlesbrough two years earlier and turned them from second-tier strugglers to promotion challengers: Colin Todd.

As well as reaching the 1995 League Cup final, Bolton won two promotions in three years under Rioch’s tenure, earning the club a place in the Premiership and their manager the Arsenal job.

The board at Burnden Park evidently looked at Todd and thought: “Well, he did a good job turning Middlesbrough around, but just imagine how good he’d be if we paired him back up with his old defensive partner…” 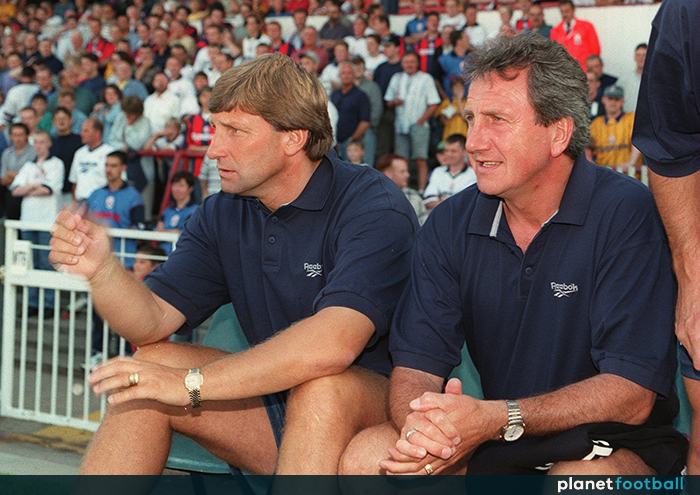 As a result, Bolton allowed Todd to make the step up to the manager’s seat in 1995 but in a bold move brought in Roy McFarland as joint-manager.

The two were already well-acquainted, having played together for Derby County in arguably the best centre-back partnership of the 1970s.

Todd, in particular, had a glowing reputation: he was a big-money signing by Brian Clough, who had been his youth coach at Sunderland and who famously told the press “We’re not signing Colin Todd, we can’t afford him” the very morning he did just that for £175,000 – then a staggering amount for a defender.

It proved excellent business, though, as Todd helped Derby to two league titles and a European Cup semi-final before winning the PFA Players’ Player of the Year award in 1975, one of only five defenders to have ever done so.

Sadly, as had happened with former Liverpool team-mates Livermore and Clemence three years earlier at Tottenham, the reunion between the two did not go well.

Although they recorded surprise victories over reigning champions Blackburn and Rioch’s Arsenal, Bolton amassed just 10 points in their first 21 league games. A 4-2 defeat at Sheffield Wednesday on New Year’s Day convinced the board enough was enough, and McParland was dismissed, leaving Todd in sole charge. The joint-manager experiment had failed.

“I know things didn’t go how we wanted them to, but I genuinely cannot say anything bad about that group of players because they gave me everything,” McParland later told the Bolton News.

“We went through some tough times and didn’t deserve some of the results that came our way – but when I looked round at people like John McGinlay and Owen Coyle, they weren’t hiding anywhere.

“I didn’t want to leave, I wanted to see it through, but there were certain decisions that were difficult to make with two people in charge. Maybe the balance wasn’t right, but I can’t fault the effort we both put into Bolton at the time.” 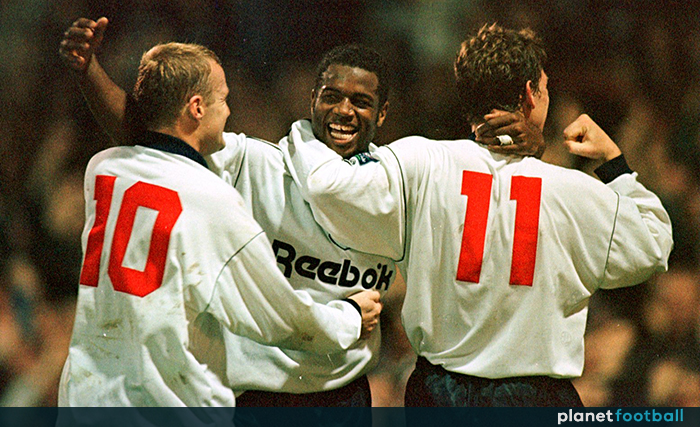 The frustrating thing is that with Todd free to make his own decisions, things started to work. Chief among his decisions was a switch to a 4-4-2 that fit his squad so much better than their previous 3-5-2, which seemed sensible with wing-back Jason McAteer in the side but much less so after he left for Liverpool in October.

Todd immediately got a dramatic improvement out of his side, beating Bradford City in the FA Cup third round before recording only their third league win of the season with a win over Wimbledon.

Tough away defeats to eventual runners-up Newcastle and Blackburn preceded a home loss to Aston Villa, who would finish fourth, but Todd’s side then picked up 16 points in their last 12 games, a return rate that would easily have seen them safe had it applied across the whole season. It was too little too late, however, and Bolton were back out of the top flight once again.

It didn’t work, but you have to admire Bolton for trying. Having gone so many years in the wilderness and lost the manager who seemed destined to restore them to their former glories, they really had little to lose by experimenting.

There’s no doubting the hard work that’s going on behind the scenes everywhere from grassroots to club academies and all the way to St George’s Park to restore England’s power on the global stage, but hard work may only take us so far. What we desperately need is that kind of innovation and creativity, and that doesn’t come without risk.

So we can laugh at Bolton for trying out joint managers, but without the willingness to give that kind of experiment a shot we will never experience our hand soap pump moment.

Bolton had theirs. Unconventional Notts County manager Sam Allardyce was picked as Todd’s replacement in 1999, and he set about making wholesale changes. 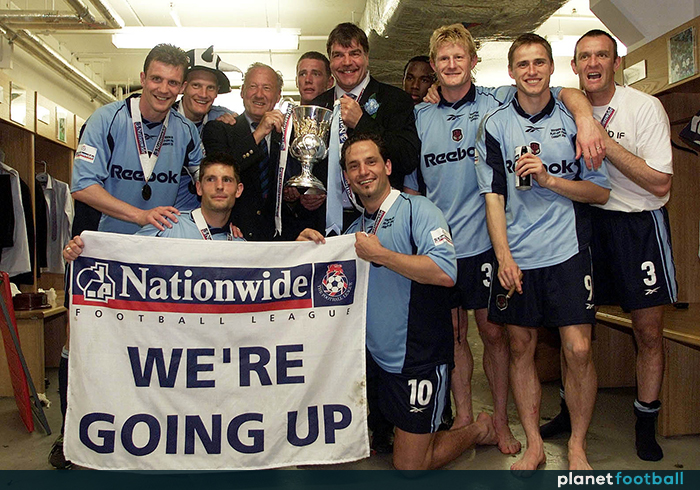 The Guardian visited Bolton ahead of their return to the Premier League in 2001 and noted with apparent surprise that “physicians, masseurs, sports psychologists and dieticians all have their part to play” in Bolton’s set-up, while “a Leeds-based company called ProZone has added a statistical dimension, recording every game and compiling facts and figures on the performances of each player”.

Unfortunately for Bolton, all the specialist professionals Allardyce introduced that allowed them to punch above their weight for so long can now be found at every club. Their first-mover advantage has long since ended, with financial mismanagement causing their collapse into League One.

But their willingness to take a risk on a manager with a very different approach to the established norm allowed them to ride the wave of their first-mover advantage through 11 seasons of top-flight football, four top-half finishes, and their best league position for 45 years.

Things are not as bad for English football as we like to tell ourselves sometimes – most reliable models suggest that we do about as well as we should – but if we truly want to wash our hands of the English football disease, we need leaders with the courage to ignore the guffaws and take smart risks.