A tribute to Daniel Sturridge, an underrated Premier League legend 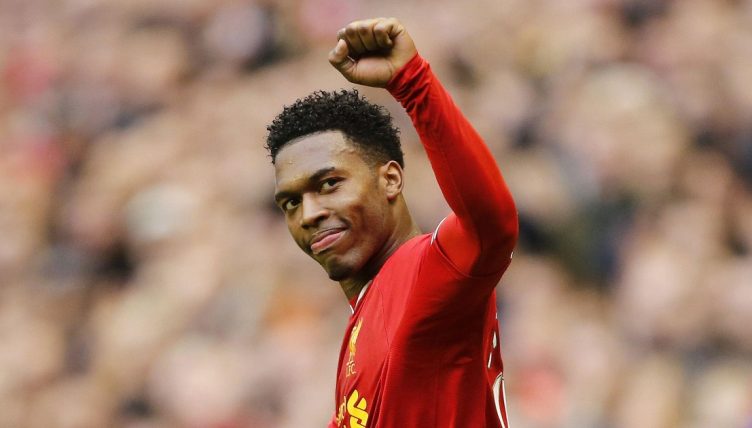 The last few years of Daniel Sturridge’s career have been painful, both literally and figuratively: injuries; a betting ban; failed moves to Turkey and Australia. The script could have been written by a Greek tragedian.

But when we look back on Sturridge’s career in years to come, we’d all do well to remember that we are talking about perhaps the most naturally gifted, graceful English footballer of his generation.

In October 2021, Sturridge announced that he would be moving to Australia to join Perth Glory in the A-League. Before he’d kicked a ball there, it was pretty clear that the move was the footballing equivalent of him pulling up a stool and ordering a large scotch in the last chance saloon.

After leaving Liverpool in 2019, Sturridge joined Trabzonspor in the Turkish Super Lig. And at first, it was going well, with seven goals in his first sixteen games. But he was surprisingly and unceremoniously dumped the following March.

Why? It turned out that he’d broken betting rules by telling his brother of an imminent transfer to Sevilla and been issued with a four-month ban from football, even though the transfer never materialised.

He then spent more than a year out of the game, too long for any player, but an eternity for a 31-year-old with his injury record.

Still, the former England international was billed by Tony Sage, the ecstatic Perth Glory chairman, as “one of the biggest signings not only in Glory’s history, but in the history of the A-League.”

Sturridge was certainly making the right noises too. “I’m coming there as a humble man, leaving my ego at the door,” he said. “I’m not there for a holiday. I’m there to play football. I’m there to perform to the best of my abilities.”

Yet six months later – after one start, five sub appearances and no goals – Sturridge was gone.

Glory CEO Tony Pignata told The Global Game: “It has been disappointing. We had high hopes when we signed Daniel. It hasn’t worked.

“From a marketing point of view, the first game, we had 18,000 on the back of him arriving and the hype. Then unfortunately he got injured… and he hasn’t been seen since.”

That last sentence is the story of the latter part of his career in microcosm. But if that is the image of Sturridge that remains in the collective footballing consciousness when he officially calls it a day, it will be an unfair one.

Sturridge was a precocious talent, coming through the ranks at the pre-Thaksin Shinawatra, pre-Abu Dhabi incarnation of Manchester City. He made his debut as an 18-year-old in February 2007 as a substitute for Georgios Samaras.

The next few months would be a sign of what was to come, both bad and good.

Sturridge soon picked up a hip injury which temporarily stunted his development, but on his return, he scored his first professional goal in a style that encapsulated all of the talent wrapped up in his left boot, thumping in a volley with the outside of his foot in an FA Cup tie against Sheffield United.

It was the first of many wonderful goals that make his highlights reel one of the most aesthetically pleasing out there.

While he was never able to stay fit or in favour season after season, Sturridge was both beautiful and devastating at his best.

In his first season after an acrimonious move to Chelsea, he was forced to compete with Nicolas Anelka and Didier Drogba for the starting striker role, but featured enough to earn a Premier League winner’s medal and top-scored in Chelsea’s victorious FA Cup campaign with four goals in four games.

In his second campaign, Chelsea brought in Fernando Torres, but a loan move to Bolton gave him the chance to prove his worth.

He lit up the Reebok with eight goals in 12 games, the highlight of which was a majestic strike against West Ham in April.

9 years since this Sturridge stunner vs West Ham #bwfc pic.twitter.com/E8pmjDCrHj

The next season, he received more opportunities under Andre Villas-Boas, but most of them came out wide, causing his father Michael to vent his frustration in public.

“When Daniel plays in his natural position, which is a central striker, you will see maybe two or three times as much of the player that you see playing on the wings. He can show you a lot more,” he told the Express.

Despite that, Sturridge was brilliant, all of his ability and inventiveness best encapsulated by one of the Premier League’s great forgotten goals at Sunderland.

Released by Raul Meireles, Sturridge ran through one-on-one before deliciously duping both Simon Mignolet and Wes Brown with the backheel of a man who was born to play football.

On this day: 2011 – Daniel Sturridge scored THIS goal for #Chelsea (vs Sunderland). #CFC pic.twitter.com/pNMrqMzDWL

That campaign brought him another FA Cup winner’s medal and a first Champions League title, but he was left out of the Chelsea team for the famous final in Munich with Ryan Bertrand preferred on the wing by Villas-Boas’ replacement Roberto Di Matteo.

When the chance to move to Liverpool and join the Brendan Rodgers project cropped up the following January then, Sturridge jumped at it.

Upon his arrival, he made his positional preference clear. “I see myself as a striker,” he said. “I think I perform best there because my attributes, I believe, are used best as a central striker.”

With Luis Suarez already at the club, it was unclear just how that might work. But Rodgers found a way, slotting his new signing into a striker pairing in a 4-3-1-2 formation.

It was an inspired tactical tweak which proved both Michael and Daniel right and brought on 18 months of pure, unadulterated Sturridge-and-Suarez havoc as the pair laid waste to every defence silly enough to confront them. 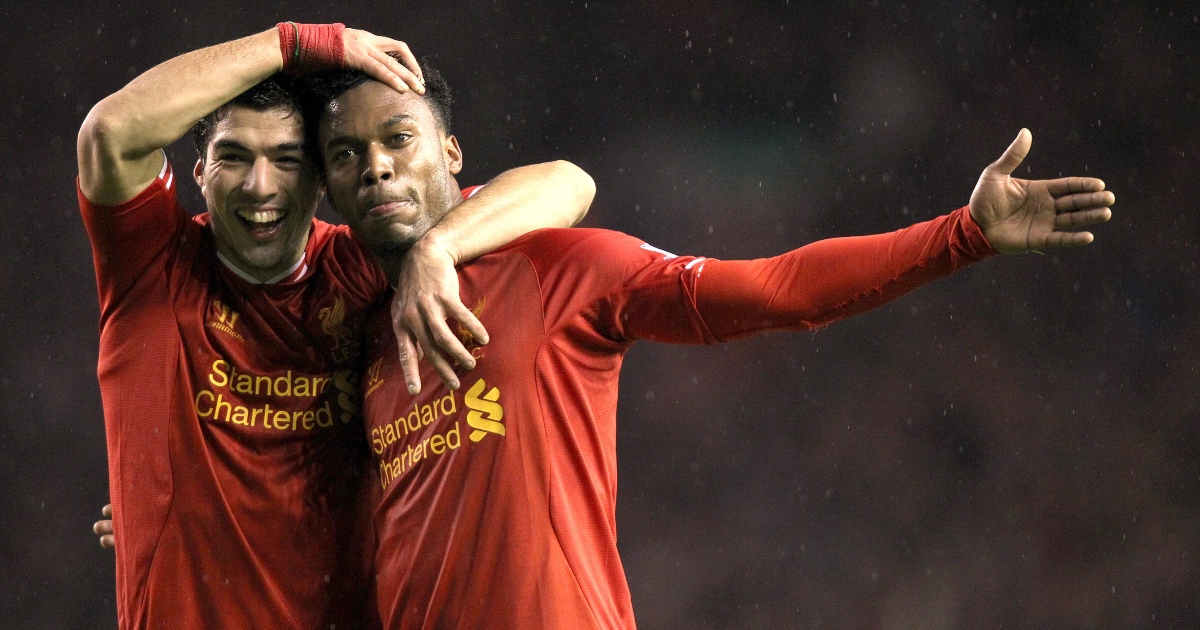 While Suarez hogged headlines at the time and now often gets the credit for Liverpool’s outstanding form over that period, it was the chemistry between him and Sturridge that made the team so special to watch.

Like Shearer without Sutton or Cole without Yorke, the buck-toothed Uruguayan chaos-monger would have been far less effective without his partner. While Suarez provided the unstoppable, wild-man thirst for goals, Sturridge was the elegant, artistic presence alongside him.

Just look at this assist from Sturridge to Suarez from Liverpool’s wild 6-3 away win over Cardiff in March 2014. There is absolutely no way could have seen the run Suarez was making, yet Sturridge knows his team-mate will be there and sends a backheel deliciously into his path.

Of course, there were plenty of goals of his own, too.

The rasping, long-range, daisy-cutter against Manchester City in that first half-season. The Romario-esque efforts against Aston Villa and Fulham. The brilliant poachers strike with the back of his head against Manchester United later that year.

Best of all were two lobs against West Brom and Everton, the goals of a finely-tuned, defence-splitting instrument that had been calibrated to function with alluring precision.

Sturridge was one of Liverpool's best players during that 2013/14 title challenging season which included this goal against Everton. pic.twitter.com/4Xy289iLSa

But like all precision instruments, Sturridge was delicate, and after reaching his international zenith with England that summer, scoring the Three Lions’ equaliser against Italy in Manaus, he began to malfunction.

Injuries blighted him, restricting him to just 36 Premier League starts over the following five seasons.

There were fantastic moments contained in those seasons, including an outrageous outside-of-the-boot effort in Liverpool’s 2016 Europa League final loss to Sevilla, but mostly there was disappointment as muscle strains and hip complaints resulted in dozens of games missed.

When Jurgen Klopp had a thinly-veiled dig at him, saying that Sturridge needed to “learn what is serious pain or what is only pain,” it probably came more out of frustration than spite. Klopp knew how good Sturridge could be and that he couldn’t get him fit was enraging to the point where he snapped.

Sturridge did make seven appearances in the Reds’ run to the 2019 Champions League, and in doing so became the first player to win the Champions League with two English clubs.

But when he left that summer it felt like he had departed with a whimper more than a bang.

Still, Klopp was fulsome in his praise. “Daniel has earned the right to be considered a modern-day Liverpool great,” said the German.

“He is one of the best finishers I have ever seen in my life. He scores goals you think could and should not be possible.”

And that’s how we should look back on him. A player who, even if only briefly, made the impossible seem normal.

8 Liverpool heroes that left Anfield for nothing: Origi, Gerrard, Fowler…