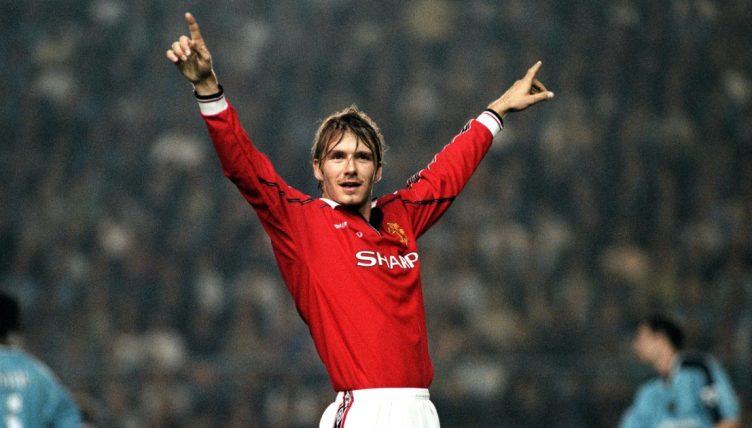 He could change his hairstyle and it would be everywhere; it helped he was pretty good at football too.

Yet in the biggest moment in his career, the 1999 Champions League final, he was resigned to the role of side character.

He dutifully played out the role of “Corner Taker #1” while Ole Gunnar Solskjaer took top billing, poking the ball in at the back post at the culmination of a scene so full of tension that not even Scorsese himself could have written it.

But that was fine, for across the season as a whole, Beckham was the main man.

It wasn’t just because he looked the part of the leading man (he did) or because his role as United’s star contrasted perfectly with his stint as England’s ’98 pantomime villain (it did), but because he was consistently at his magical, awe-inspiring best, creating the fairytale moments for his team-mates.

It was a campaign that probably should have ended in the golden, crowning glory of football’s Oscar for leading star – the Ballon d’Or.

But football, no matter how hard it tries, is not a movie.

Cinema loves nothing more than a redemption arc, and in 1998-1999 Beckham found himself as the protagonist of his own.

It began with a kick, a flock of Argentinian blue shirts chirping around the ref, and a red card thrust into French night sky.

What followed was chaos.

Beckham was declared public enemy number one by the papers and effigies of him were hung in the street because, of course, it was his fault alone that England didn’t win the 1998 World Cup.

Here was Beckham as the fallen hero, England’s golden boy turned outcast after one moment of madness.

Wherever he went he was booed over the course of the season, jeered at for ‘letting his country down’. At Arsenal, then United’s great rivals, he was met with banners calling him scum.

“Ten heroic lions, one stupid boy,” read the Daily Mail which went on to publish a David Beckham dartboard just in case they weren’t doing enough to incite public outcry against him.

It was against that backdrop Beckham played a key role in English football’s most impressive season.

With Manchester United, he lifted all three major trophies on offer to him and played a vital part in each.

Then 23 and arguably at the peak of his powers, United’s star asset scored nine goals and assisted a further 18 in the 1998-99 campaign. He didn’t half pick his moments, either.

In Europe, it wasn’t just the corners in the final, but the brace of assists against Internazionale in the quarters or the ball for Roy Keane’s majestic header in Turin.

What about his goal against Arsenal in the FA Cup Semi-final replay? A peach of a goal, in which he effectively crossed the ball into the bottom left corner with a first-time strike that even had David Seaman flummoxed. 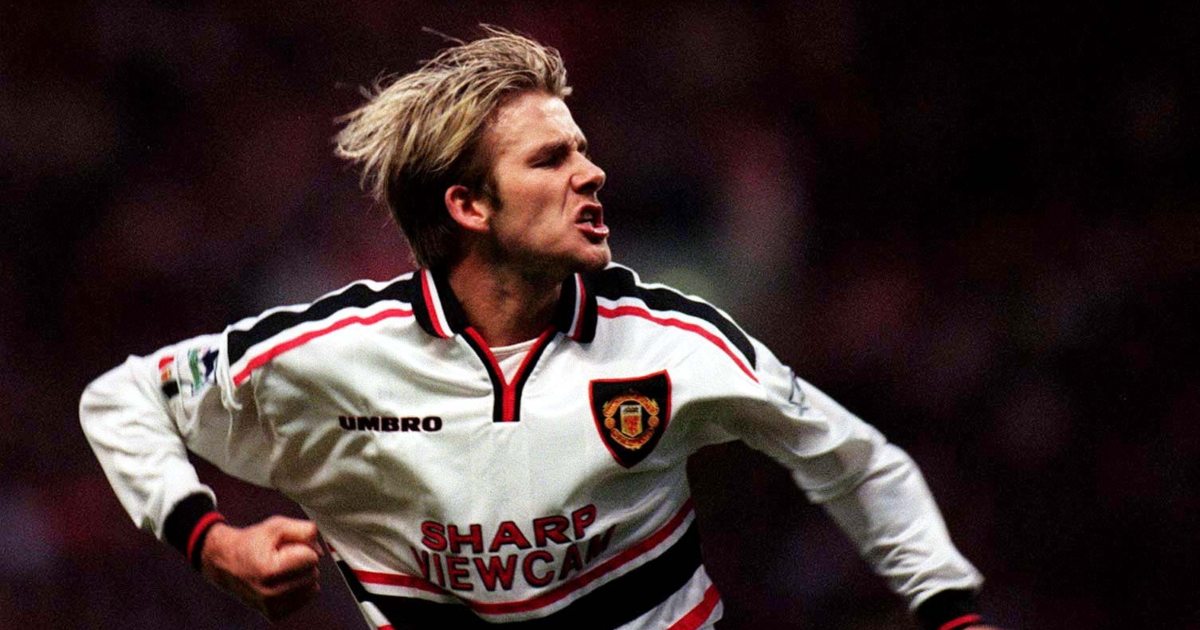 READ: David Beckham scored a worldy in an FA Cup semi yet no one remembers it

Beckham’s most heroic moment came in the league, in the final day fixture against Spurs at Old Trafford.

This was in effect the first of United’s three cup finals; if they drew or lost while Arsenal won against Villa in North London, the treble would be over before it started.

So when Les Ferdinand lobbed Peter Schmeichel in the 24th minute, United needed a hero to stand up and rescue them.

United flooded forward on the counter, Ferguson’s tenacious attack dogs at sixes and sevens as they faced an unthinkable loss with the clock ticking closer and closer to the halfway point.

Ryan Giggs ran forward playing it into Paul Scholes as the Welshman ran beyond him. Would Scholes play him through? No.

Would he pass to Dwight Yorke, who patiently stood in the box waiting for the ball to fall for him to put it away for the umpteenth time this season? Once again, Scholes refrained.

The midfielder went to shoot but feigned his shot. The crowd stood up, the spurs defenders skidded to a halt. The United players were flummoxed.

But Scholes had spotted him. And, following Scholes’ grounded ball out to the right, soon everyone else would spot him too.

Standing alone in space, amongst the chaos that surrounded him, stood a ray of shining blonde.

He took one touch to bring it under his control before applying his trademarked magical curve to the ball.

The strike defied conventional rules, the ball bending away from the far corner and across the ‘keeper and the face of goal rather than bending around him.

But the placement was nevertheless perfection, nestling in the top left corner with a thump.

It was a movie-worthy moment.

He was the army of elves arriving when all hoped looked lost at Helms Deep in Lord of the Rings or Aslan appearing on the horizon in Narnia when he was thought to be dead.

Beckham’s celebration was pure Hollywood, too.

He furiously shouted into the air, releasing his pent-up energy in a series of punches and jumps which embodied all of the emotions he had experienced across the last year.

Bruno Fernandes' goal against Everton has been compared by many to Eric Cantona's vs Sunderland, but the better comparison is surely David Beckham's wonderfully placed finish against Spurs in 1999.

United, of course, went on and scored a second, winning the league. They went on to ensure Alan Shearer never got his hands on the FA Cup before you know who did you know what in Barcelona to complete the impossible dream.

But none of that happens without Beckham completing his hero’s journey.

If football was a written drama, the season would have ended with Beckham scoring the winner against Bayern Munich before winning the Ballon d’Or that year.

He didn’t. Beckham went on to be the only Galactico-era signing at Real Madrid that didn’t get the golden ball under his belt – unlike Luis Figo, Zinedine Zidane, Ronaldo and Michael Owen.

It went to Rivaldo instead, Beckham finishing runner-up behind the Brazilian who had fired Barcelona to the 1998-99 La Liga and won the Copa America with Brazil.

It caused somewhat of a Game of Thrones finale level uproar, to which Rivaldo responded “I consider Rivaldo to be the best player”.

Yes, he even spoke in the third person like a proper villain. Are you sure football isn’t a television drama?