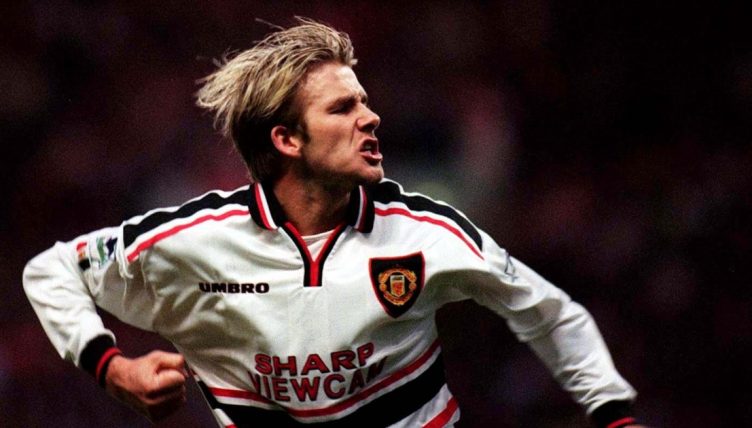 David Beckham spent most of his career in the spotlight, yet in April 1999 he scored a wonderful goal for Manchester United that Ryan Giggs would ensure nobody remembers.

Beckham has a back catalogue of spectacular goals for United and England, most notably his halfway line strike against Wimbledon and his seismic free-kick against Greece.

But while those goals are still spoken about today, another of his very best strikes doesn’t get the adulation it deserves. In fact, most people seem to have forgotten it even happened.

United and Arsenal were neck and neck in the race for the Premier League title that season and had drawn 0-0 in a first crack at the semi at Villa Park before trying again three days later.

And, as everyone remembers, the score was tied at 1-1 in extra-time when Giggs picked up the ball on the halfway line, beat five Arsenal defenders and unleashed an unstoppable shot past David Seaman.

That goal – and the celebration that followed – may have gone down in history, but it wasn’t the only wondergoal that day.

On this day in 1999, Ryan Giggs scored THAT goal against Arsenal. Absolutely unreal. 🔥👏pic.twitter.com/1GRsP5YvrK

Arsenal’s formidable defence of Nigel Winterburn, Tony Adams, Martin Keown and Lee Dixon had gone an impressive 650 minutes without conceding a goal in all competitions ahead of the replay.

It was going to take something special to break the deadlock and that’s exactly what Beckham provided.

After becoming the most hated man in England following his red card against Argentina, the midfielder had bounced back, proving that he was the man for the big occasion throughout the 1998-99 season.

Seventeen minutes into the replay, he did it again.

Pouncing on a loose ball in midfield, Beckham laid it off to Teddy Sheringham, who clipped the ball back into the path of his team-mate. Without taking a touch to set himself, Beckham curled an inch-perfect shot past the despairing dive of Seaman to give United the lead.

Just as Giggs’ goal embodied his playing career, Beckham’s strike was one of the most David Beckham-like goals of all time.

In fact, pause at the moment he strikes the ball and you could be forgiven for thinking this was one of the many brilliant free-kicks he scored during his career. The England international was renowned for his excellent technique in dead-ball situations, but why bother going through the rigmarole of having a wall line up when you can just hit a free-kick from open play?

There may not have been another player on the pitch who could have produced the same finish; Beckham makes it look effortless.

It was a goal worthy of winning any football match, but it was, as we all remember, only the start of the drama.

Dennis Bergkamp equalised for the Gunners but saw a late penalty saved before Giggs sent United through to the final with one of the greatest goals in the history of the FA Cup. Beckham’s strike became just a footnote in a remarkable game.

Giggs may have taken centre stage on that occasion, but he had a pretty special supporting cast.

Come for the clips, stay for the words: An ode to David Beckham’s free-kicks