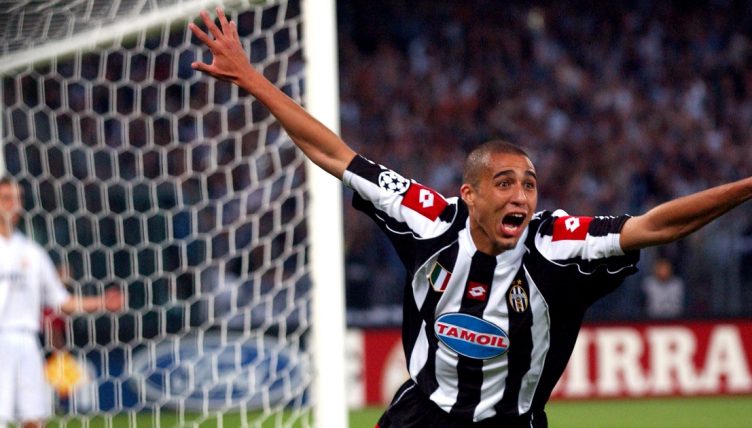 It’s the 76th minute of the Euro 2000 final and France are getting desperate. Trailing 1-0 to Italy, they need a goal.

Thierry Henry is still out there. Sylvain Wiltord was brought on for Christophe Dugarry shortly after Marco Delvecchio put Italy in front 20 minutes ago. But Francesco Totti continues to pull the strings for Italy and France boss Roger Lemerre needs to change something.

Nicolas Anelka, trusted to lead the line in their opening two fixtures and also the semi-final victory over Portugal, waits on the bench. Instead, Lemerre turns to David Trezeguet, whose only start in the tournament came in the dead-rubber defeat to the Netherlands in France’s final group match.

We’re into the final minute of stoppage time and France still trail by a goal. Totti is flagged offside while Italy’s substitutes ready themselves on the touchline to invade the pitch in celebration. Fabian Barthez launches the free-kick towards the edge of Italy’s box out of hope rather than expectation.

Trezeguet out-jumps Juventus defender Mark Iuliano and flicks the ball on. Fabio Cannavaro can only nudge it into the path of Wiltord, who squeezes a shot underneath the left hand of Francesco Toldo. 1-1. Extra-time. Golden goal.

Both sides are getting cagey, reduced to long shots as a crippling combination of tension and exhaustion seize up the muscles. Trezeguet causes a scene by leaving Toldo with a bloodied nose after trying to get his studs on a spilled effort on goal.

With two minutes to go until half-time in extra-time, Robert Pires, also on as a late substitute, breaks free down the left-hand side and cuts the ball back into the box. Trezeguet waits and swings back his left leg. Toldo dives to the right corner in anticipation of the shot.

With one snap of his boot – just his fifth touch of the game – the striker rifles the ball into the top corner on the opposite side, a finish born out of such pure instinct he struggles to recall the exact moment 20 years on, despite it being the most important goal of his career. 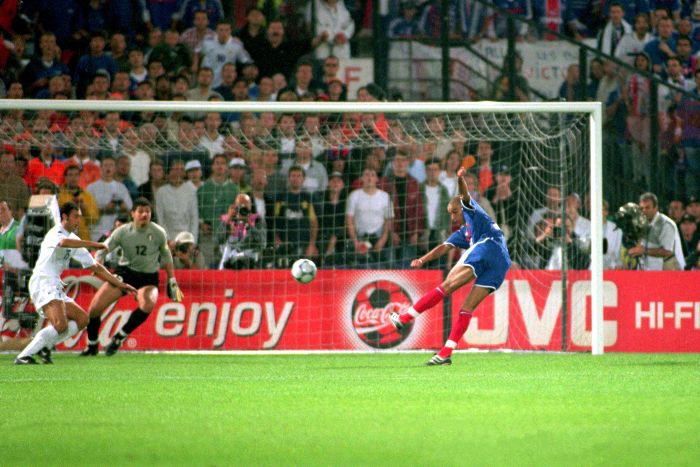 The goal made France the reigning World and European champions, but for Trezeguet it was also somewhat awkward. He had already agreed to leave Monaco for Juventus and had just broken the hearts of the nation he was about to call home, not to mention seven of his new team-mates in Italy’s squad.

Come the start of his debut campaign in Turin, Trezeguet found himself on the bench, unused, while Italy duo Alessandro Del Piero and Filippo Inzaghi started up front.

Feeling like an outsider was nothing new to Trezeguet. He was the France international that grew up in Argentina. Arriving at Monaco unable to speak French, his achievements in the principality were often preceded by Thierry Henry having already reached those heights a year earlier, whether that be winning Young Player of the Year or earning a high-profile move to Juventus.

Even while winning two major titles with the national team, Trezeguet was only trusted to make three starts across the two tournaments, often watching on from the bench while Henry appeared in all but two games.

Indeed, despite finishing 2000-01 as Juve’s top goalscorer in the league with 14 goals, Trezeguet was rotated in and out of the side as Carlo Ancelotti also had Del Piero, Inzaghi, Darko Kovacevic and, erm, Vincent Pericard for options up front. For all his talents, Trezeguet could again feel overlooked. 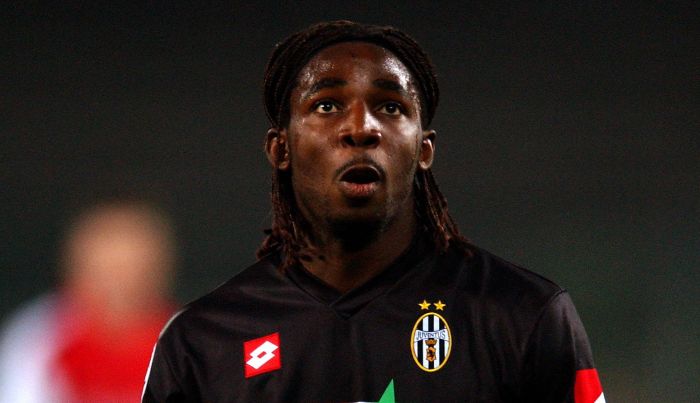 Trezeguet himself publicly discussed the possibility of joining Gerard Houllier’s Liverpool after Juve had finished as runners-up to Roma in Serie A at the end of his first season.

But his fortunes changed when Inzaghi was sold to Milan after his relationship with Del Piero had become strained on and off the field, paving the way for Trezeguet to establish himself as Juve’s main man under new manager Marcello Lippi.

He responded emphatically, scoring 32 goals in all competitions to fire Juve to the Scudetto and win Serie A’s Footballer of the Year award. Del Piero brought a touch of subtlety and invention playing off him, allowing Trezegol to be undeterred in chasing that adrenaline rush of hitting the back of the net. Fittingly, both players struck on the final day of the season to secure the title.

The word ‘poacher’ is often used as a back-handed compliment for a striker, but it perfectly sums up Trezeguet’s killer instinct. Watching his goals back, it’s remarkable how many times defenders are left either scratching their heads or berating each other after seeing the Frenchman score from a seemingly innocuous opportunity.

Ruthless with either foot, Trezeguet was an expert in getting a shot away early before a goalkeeper could set himself, while his ability in the air defied his lithe build, almost as if someone had stuck Alan Shearer’s head on a garden rake and adorned it with Juve’s No.17 shirt and a pair of Adidas Predators.

In a 2018 interview with The Independent, Trezeguet commented on the lack of “pure strikers” in the modern game, describing himself as a “player of the area”. Arsene Wenger put it differently: “Trezeguet is a snake – he is a bit quiet and then suddenly he kills you.”

In the nine seasons between 1997-98 and 2005-06, Trezeguet scored 218 goals in all competitions for Monaco, Juventus and France – an average of just short of 25 per season. In that time he won four league titles (six if you count the two stripped in the wake of the Calciopoli scandal), two domestic cups, the World Cup and the European Championships.

Yet that remarkable success was not without its crushing lows. He was part of the France squad embarrassed at the 2002 World Cup and followed that with an injury-hit season at Juventus which ended with missing a penalty in their shootout defeat to Milan in the Champions League final, a moment that hurt him more than hitting the bar with the decisive penalty in the 2006 World Cup final against Italy.

“I have more regret for having missed this penalty than the World Cup because I feel this team is mine; here I lived the best and ugliest moments of this club,” he said.

More injuries in 2004-05 were compounded by the arrival of Zlatan Ibrahimovic, but Trezeguet bounced back the following season, and 19 goals before the New Year saw him mentioned as a contender for European Footballer of the Year. While he could be excused for feeling overlooked in previous years, in a landscape of such bombastic characters, perhaps Trezeguet’s own modesty held him back from receiving the plaudits he deserved.

”Golden Ball? That is deserved for players who entertain people, like Ronaldinho or Ibrahimovic,” he said. ”For sure, those who score always provide pleasure, but if I was I fan, they would be the players who’d I’d like to see. Those who make the audience shout.”

On this day in 2002, Juventus clinched their 26th Scudetto with that mighty partnership of Alessandro Del Piero and David Trezeguet up top.pic.twitter.com/u5FpbvMuvG

Trezeguet may have seen himself as inferior in some respects to Ibrahimovic, but the aftermath of Calciopoli determined who left the lasting legacy in Turin.

Rafa Benitez name-dropped Trezeguet amid renewed reports of a move to Liverpool, but whereas Ibrahimovic jumped ship to Inter, the former stayed at Juventus, becoming one of the Five Samurai alongside Del Piero, Gianluigi Buffon, Pavel Nedved and Mauro Cameronesi that dragged the club back to Serie A.

Come the end of the season, the time for humility had passed. After scoring his 15th goal of the season, Trezeguet made a pointed gesture towards members of the club hierarchy amid further talk he could be sold. Two weeks later, a new contract duly arrived.

Twenty goals followed back in Serie A in 2007-08, but further fitness issues meant his form began to suffer. By the time he left the club for Hercules in 2010, he was the club’s highest-ever foreign goalscorer and fourth on their all-time list of top scorers.

“It’s been a real love affair, David will always be in the heart of all Juventus supporters,” chairman Andrea Agnelli said upon the striker’s departure.

For the man who often seemed like the outsider operating in the shadows of other goalscorers throughout his career, David Trezeguet ultimately found a home where he will always belong and always be loved.