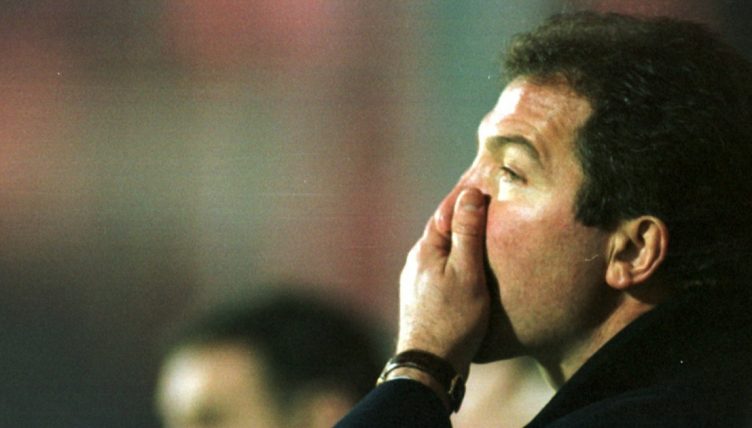 Everyone knows the story of Ali Dia, the Senegalese Sunday League chancer who, in November 1996, ‘tricked’ Graeme Souness into signing him for Southampton.

Souness, so the story goes, received a phone call from somebody claiming to be Liberian superstar George Weah, then of AC Milan, urging the Southampton boss to sign his ‘cousin’ Ali Dia.

Based on that mysterious call, Souness gave Dia a one-month contract, even subbing the player on (and then off) in a Premier League match against Leeds.

Unfortunately, Dia’s careerist creativity did not translate into footballing creativity. In an appearance that lasted less than an hour, Dia somehow forged a reputation for himself as one of the league’s worst-ever players. But is that label a fair one?

Sure, it’s documented that Dia played amateur football before and after his Southampton spell, but is our opinion of the Dakar-born forward too greatly influenced by that fact? Could it even be distorted by the amusing circumstances of his signing?

And by 53 minutes, I mean the minute-odd of universally available footage from that match.

A few days before signing for Southampton, Dia had been playing for non-league Blyth Spartans. Not content with his role at the Northumberland minnows, Dia decided he could probably cut it in the top flight.

Immediately, we’re presented with a few red flags. Dia is wearing the number 33 — well into your Jonathan Greening digits — and does a kind of head-down sprinter’s start. From a 2020 perspective, his shirt is also quite big.

None of this works in Dia’s favour, nor does the fact he’s replacing club legend Matt Le Tissier, who would later call Dia “not very good”, “like Bambi on ice”, and “fucking hopeless”.

Admittedly, some of the match footage supports this commonly held opinion of Dia, with the Saints number 33 making a few clumsy mistakes:

But here’s something that’s often forgotten about Dia: the Senegalese forward was already 31 when he joined Southampton. That’s late to be making your first top-flight appearance, and with only a handful of professional training sessions under your belt too.

Another moment of Dia’s only match is better remembered: that he nearly scored. Weirdly though, that event is often used as a punchline for the story, rather than a concession that perhaps he wasn’t so bad.

Yet maybe he really wasn’t so bad. Comparatively at least. Looking through the passage of play that leads to Dia’s big chance, you’ll see awful football from virtually everyone on the pitch.

The move begins with Lee Sharpe attempting to dribble through Saints right-back Jason Dodd. Sharpe cartwheels over the Southampton defender, leaving both on the floor and allowing Leeds midfielder Mark Ford to slide into the melee with Jimmy Bullard-like punctuality.

Already you have three footballers making a strong case for being at least as bad as Ali Dia. Backheels against Barcelona or not, this is rubbish from all involved.

Southampton’s Eyal Berkovic then carries the ball from half-way to the edge of the Leeds box, bringing us to Dia’s big moment…

The shot isn’t great. In fact, it’s hard to see why Nigel Martyn makes such a mess of it. Dia approaches the ball with a stuttering run-up that mimics his entry to the field and doesn’t seem confident enough to hit it with his laces.

But it’s on target. It’s fine. It’s actually going in, if not for Nigel Martyn.

None of these things, however, can be said about the follow-up from Egil Ostenstad, who shoots wide on the turn before doing a silly little hop.

Yet Ostenstad was still able to score 10 goals over the course of that season.

It makes you wonder how many goals Dia might have scored if given more than 53 minutes with the Saints. 15? 20? 33?

You might, at this point, think that to analyse only small snippets of YouTube videos is to shirk some kind of investigative duty.

Wrong. The process is actually completely rhetorical, and I’ll explain why.

Dia has consistently been labelled one of the Premier League’s worst players: the Daily Mail called him the Prem’s fourth-worst striker, and The Times went so far as to call him the league’s worst ever player.

Yet how many spectators made it to The Dell on that particular Saturday in 1996?

15,241 is how many. Full capacity, sure, but not an especially high number to have witnessed an event that has become part of football folklore.

You probably didn’t take up a red plastic seat on that day, but you probably think you could do a better job supporting Egil Ostenstad, don’t you?

Maybe you could, yet your familiarity with Dia likely spans a few training ground clips, the videos above and the hazy recollections of Le Tissier and Souness, all of which have been organised to entertain you within the established Ali Dia narrative: that of the Sunday League nobody who duped his way to the top.

In some ways, that’s fine. After all, nobody can watch every minute of every game (especially games featuring Carlton Palmer), and we often need historical events contextualised for us.

But maybe it’s not completely fine to label someone ‘the worst’ at their profession based on shreds of evidence and the words of others.

It’s different the other way round: I’m willing to accept the widely held belief that Pele was one of the world’s best footballers.

This is in spite of the fact that, when I try to conjure up images of Pele, I think of the Brazilian legend a) putting Javier Saviola and El Hadji Diouf in the FIFA 100, and b) commissioning a computer-generated recreation of his favourite goal because nobody filmed it. 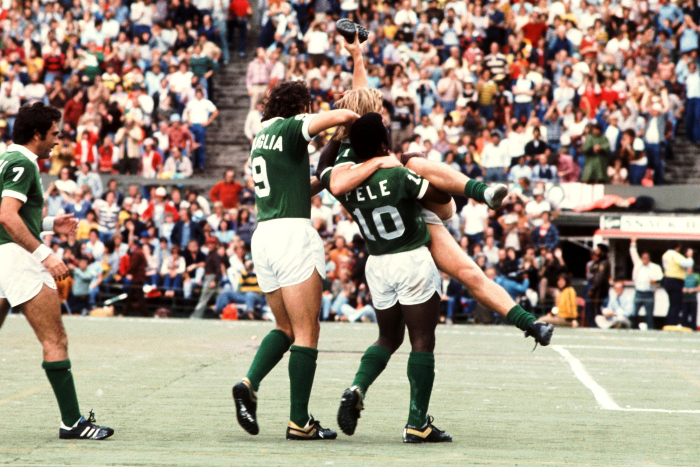 In truth, lots of football fans today aren’t that familiar with Pele’s on-pitch exploits but respect his position among footballing elite based on the testimony of others.

It’s the same phenomenon with Ali Dia, yet it seems less fair in his case.

Millions of people witnessed what Pele was capable of, and over a period far longer than 53 minutes. There’s also his impressive goalscoring statistics and a fair amount of old footage to corroborate the reports.

Ultimately, Ali Dia may well have been one of the Premier League’s worst players. He might even be worse than Nigel Martyn, who’s so crap he couldn’t catch a shot from Ali Dia.

Maybe, however, it’s time we stopped taking such reports as fact — at least until Dia, now in his fifties, gets to computer-generate his own memories of that Leeds match.

READ NEXT: Marian Pahars: Southampton injuries led to depression – but I have no regrets