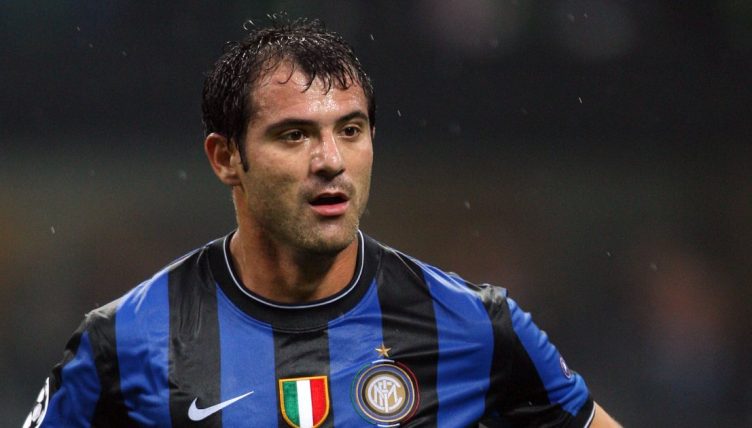 There are a few delights in football which put a smile on people’s faces purely because of how rarely they occur.

When you hear a cheer at the sight of the ball hitting the corner flag, it’s for the novelty factor rather than the event having any meaningful impact on the game.

The same logic explains why fans are so keen to screenshot a clock ticking into triple figures in a 90-minute match.

The sight of a goalkeeper jogging up for a corner, meanwhile, is cause for excitement more out of hope than expectation, whatever Benevento’s Alberto Brignoli will claim, but when it does result in a goal there’s even more pinch-yourself excitement.

Similarly, when settling down for a big European knockout game, there’s an unspoken rule that you get the introductory formalities out of the way before any actual excitement. Call it a broadcasting détente, if you will.

The idea of a chance, let alone a goal, when the commentator’s names are still on screen is quite frankly rude.

When Dejan Stankovic stepped out onto the San Siro pitch on April 5, 2011, I don’t doubt he knew this. But he decided if he was going to make a rude statement, he needed to go all out. Which is why he did this.

Twenty-five seconds are on the clock when the ball hits the back of the net, with Martin Tyler and Tony Gale’s names level with the legs of a despondent Manuel Neuer in – or rather vaguely near – the Schalke goal.

If you listen to Tyler’s commentary (Gale hasn’t even had a chance to open his mouth yet), he’s still on the ‘describing the kits’ stage of welcoming viewers to the broadcast when Neuer races off his line to intercept a through-ball before Diego Milito can latch onto it.

Indeed, this goal would likely not have happened against any of the other six quarter-finalists that season.

Tottenham’s Heurelho Gomes is the only one of the other six goalkeepers who might have attempted to make the interception. In all other cases, we’d have seen Milito through on goal and Stankovic watching from a safe distance as the frontman either rounded off a three-Argentine move also involving Javier Zanetti and Esteban Cambiasso, or failed to find a way past the opposing number one.

Given his form at the time – his goal later in the Schalke game would be his last in a single-figure season – the latter would seem more likely.

Preparing for the unlikely

When we talk about the ways in which Neuer has revolutionised goalkeeping, we tend to deal only in positives, pointing out how he has made his defenders’ jobs easier.

What we rarely give much attention to, however, is how funny it all is when things go wrong for him – that’s the real gift.

Despite that possibility of a Neuer mistake, the strike from Stankovic wasn’t just rude but also dumb as hell.

You see, as a general rule, you can’t adequately set yourself for the opposition goalkeeper racing out of his area and heading the ball 30 yards because that’s generally not a thing that happens.

Practicing for such an occurrence wouldn’t just be unnecessary, it would be wasteful when you could be spending the time doing something genuinely practical or productive.

It’s like going to a job interview and devising a strategy for how you’ll respond if your potential boss breaks off mid-question to start flinging his own shit at the walls.

Sure, it’s within the realms of possibility, but no one’s going to blame you for not being prepared. Yet they might have a go if you, for example, get the name of the company wrong in the first five minutes.

So, within this context, that little jolt from Stankovic immediately after hitting the ball, his body’s way of saying “I wasn’t quite set for this”, is entirely understandable.

More understandable, in fact, than going for a first-time volley from within the centre circle in the first place – especially when doing so requires you to open up your body and display outrageous technique, while the goal would have stayed open long enough for you to take a touch first.

Still, if he’d taken a touch then he’d have run the risk of Tyler and Gale’s names disappearing from screen.

It seems almost appropriate that Stankovic’s reward for his outrageous goal wasn’t praise but rather a backlash from Schalke which reeked of them telling him to never even try something like that again.

Schalke ended the match with five goals – it would be six years before another away team repeated the feat in a Champions League knockout game – and it almost feels as though the relentlessness was a direct response to a goal so good it might as well have been worth five on its own.

When watching top-level footballers, you’ll invariably witness moments that remind you how their skillsets are something most people would never be capable of emulating.

That might be a solo run beyond several opponents, or the ability to make room for a shot that no one thought was even on the cards, but each of them is within the vague realms of possibility.

Stankovic’s goal is one level above that, from his finish back to Neuer’s header and even Cambiasso’s through-ball which set the whole thing in motion. It wasn’t just evidence of Champions League players having greater technique than you or I but evidence of them having better technique and better responses than their peers.

Each of the components was instinctive, but it was about the sort of instinct you only develop from years of going for the most difficult option, purely to better yourself.

That might tempt you to give more credit to the finish, but don’t be fooled: it’s still stupid, and this is exactly what makes it so great.

For every pinpoint passing move or training ground set-piece routine that lets you appreciate the hard work that goes into football’s greatest moments, there’s another that makes you realise, sometimes, they might just be winging it.