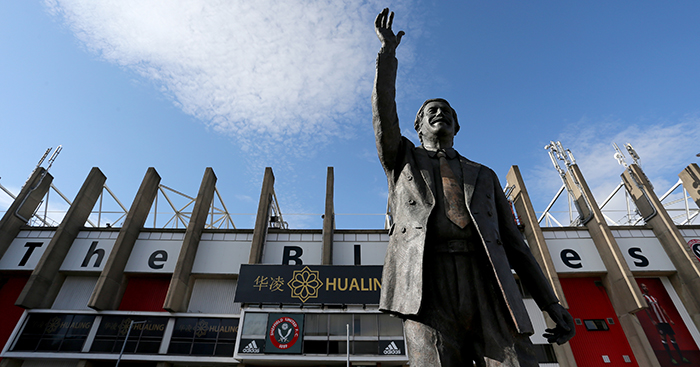 Probably the most affecting character in Arthur Hopcraft’s The Football Man is Derek Dooley. Tony Kay is certainly memorable, albeit in a slightly heart-breaking way, and Stan Mortensen is every inch the Blackpool hero, but Dooley comes across with this great stoicism which belies the great tragedy that had befallen him.

On Valentine’s Day 1953, he had collided with Preston goalkeeper George Thompson at Deepdale, breaking his leg in two places. The double fracture needn’t have finished his career, but a gas gangrene infection in his right leg did; the doctors amputated above the knee and, at just 23, Dooley’s world had changed forever.

Life was supposed to be very different. The previous season, 46 of Dooley’s goals had powered Sheffield Wednesday to promotion, and then, in the First Division in 1952-53, a tally of 16 from 24 had added to a burgeoning reputation.

He was stylistically typical for the time, the kind of forceful centre-forward that, after the Hungarians lit up Wembley later that year, would start to disappear from the game.

But he had been very successful and he suffered a terrible loss – one which is hard to quantify given the changes in the sport and society.

Dooley was born in Sheffield in 1929, into a world of terraced housing, outside toilets and formative footballing experiences of makeshift cinder pitches.

Needless to say, it wasn’t a world of great mobility, meaning that Dooley’s choices in life were almost binary. Both his parents had been factory workers and, as it was for so many of his generation, he would either follow their path or catch a break in football.

It really does convey the context in which his accident occurred and hint at the challenges he faced in its aftermath. 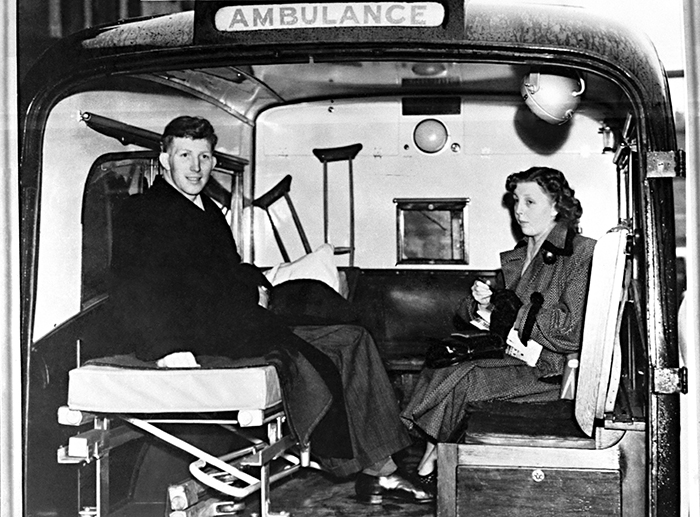 In that interview with Arthur Hopcraft, Dooley comes across as good humoured and self-effacing. His injury evidently didn’t leave any lingering bitterness, at least none that he was prepared to share, and he would – of course – live a full and complete life.

Football looked after him, too; his benefit game was the first to be played under Hillsborough’s floodlights and he bought the house in which he would live for the rest of his life from the proceeds.

“Of course it was hard at first. But when you’re standing on a touchline on a freezing day and someone next to you says, ‘God, it’s so cold both my feet have gone numb,’ you just have to laugh and say, ‘Yeah, but it’s only half as bad for me.’”

Today, maybe we’d call that a defence mechanism. Then, it was probably a typical male reaction. The starkest account of his injury is actually pictorial and exists in a series of images documenting the days after the operation. He’s shown in what looks like a hospital foyer, then in the ambulance (above) which would take him home.

In each of them he’s pictured alongside his wife, Sylvia. And, in both of the photographs, he’s shown smiling for the camera, while she looks riddled by fear for the future.

By the time of his death, in 2008, Dooley had managed Wednesday and then, part driven by that spell’s acrimonious end, rose through the executive structure across town, at Bramall Lane.

He was awarded the Freedom Of Sheffield in 1993, became an MBE in 2003 and, a decade after his death, remains a transcendent figure in the city. His statue stands in the red half of town, but he’s loved city-wide. 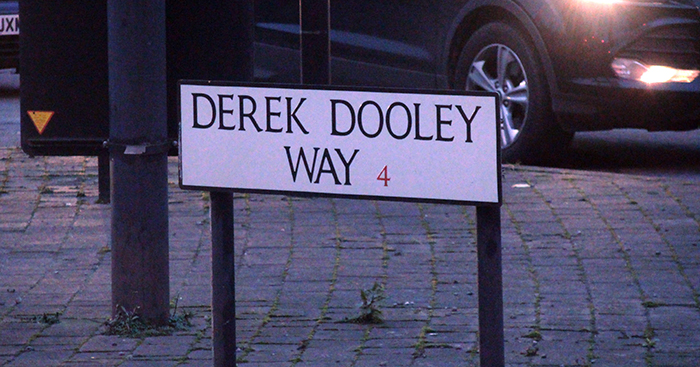 Dooley, to me at least, epitomises great lost virtues. There’s an old Football365 article which deals with this more thoroughly, but when thinking of him it’s impossible not to imagine how, given similar misfortune, you yourself would have responded.

Today there would be counselling and, hopefully, the PFA would be on hand to assist with retraining and, given the notoriety of the incident, probably offer some degree of financial support.

But then? The game did rally around him, certainly, but the support network would have been ad hoc and not nearly as a developed. As a result, knowing what he lacked, Dooley’s subsequent life reads almost as a parable of determination.

Within the confines of this list, which has little rhyme or reason to it anyway, Dooley is the obvious outlier. The others had a long-lasting effect on football, either because of something they did or something they represented. They were pioneers or trail-blazers.

Dooley is different, though. He may have a very real, highly deserved legacy in his hometown, but the real depth of his reputation is defined by his reaction to losing football and his human response to fate determining that he should no longer be able to play.