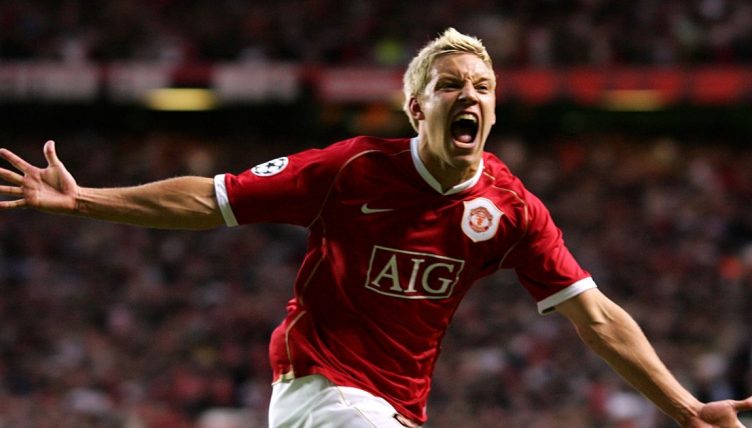 On April 10, 2007, Manchester United produced one of the great Champions League performances in a 7-1 demolition of Roma at Old Trafford.

The first leg of the quarter-final had ended in a 2-1 defeat for United, with Paul Scholes sent off in the first half for two bookable offences in a game also marred by violent clashes between the two sets of supporters in Rome.

Scholes saw red after only 34 minutes and Roma went on to take the lead through Rodrigo Taddei, though Wayne Rooney equalised on the hour mark with his first goal in the competition since his debut hat-trick against Fenerbahce.

Mirko Vucinic came off the bench to grab the winner for the hosts, but the feeling after the match was that Rooney’s away goal had given Sir Alex Ferguson’s men a fighting chance of qualifying for the final four.

A 1-0 win in the return leg would have been enough for United, but nobody could have predicted what was to come at the Theatre of Dreams.

“As a Roma supporter this game is more important to me than the World Cup final was,” Francesco Totti said before the game.

In the absence of Paul Scholes, Michael Carrick and Darren Fletcher started in central midfield, while Alan Smith was handed an opportunity in attack just over a year after the horrific injury he suffered against Liverpool.

“If we score tonight and I think we will, we will pull this one off,” Ferguson wrote in his programme notes.

It only took 11 minutes for the Red Devils to get that goal, Carrick stunning Doni with a wonderful, clipped effort from long range.

“1-0 will do for Manchester United,” Clive Tyldesley exclaimed in commentary, but the hosts could smell blood now.

Carrick's first goal of the night against Roma. WHAT A GOAL THIS WAS. pic.twitter.com/0zEF3vNqdM

Ferguson’s United full of confidence were a frightening force, and on nights like these when everything came together, they were unstoppable.

The goal barely changed the scenario, Roma’s objective remained to score once, but the writing was on the wall by this point.

In the days of football of ITV another goal against Roma form a forgotten player at are club Alan Smith. pic.twitter.com/OSnkUwQgJD

On a night of sensational goals, United took the biscuit with their third.

“No one believed it possible to treat an Italian club quite like this,” Kevin McCarra wrote in his match report for The Guardian, as Fletcher, John O’Shea, Ronaldo, Smith, Giggs and Rooney combined to make a mockery of Serie A’s reputation for defensive resolve.

Ronaldo hadn’t scored in the Champions League until this night, but he was starting to get towards his unplayable status.

As soon as he controlled the ball on the right flank after 44 minutes there was only going to be one outcome.

Oh to be a fly on the wall of the visitors’ dressing room at half-time.

After not scoring in his first 30 #UCL matches, it's safe to say this goal started off something VERY special! 😅

If Roma had thought, hoped or prayed for United’s onslaught to ease off in the second half, only four minutes had to pass for such a notion to be quashed.

Smith mercifully failed to make contact with Giggs’ low cross, but Ronaldo made no mistake to grab his second.

A whole 13 minutes were to pass before the next goal, though it was worth the wait.

Carrick produced yet another long-range stunner which yet again left Doni clutching thin air, staring into the face of an existential crisis.

Not wanting to be left out of the goal of the season competition, Roma finally pulled one back in the 69th minute.

Daniele De Rossi meeting a cross with an exceptional, twisting volley. Like farting in a lift, it’s all a bit awkward.

Just because it was the consolation effort in a 7-1 defeat doesn't mean we should forget Daniele de Rossi's greatest Roma goal pic.twitter.com/TyGrzUNdGb

On such a night it was only fitting that United were to have a final say. But rather than Giggs, Ronaldo or Rooney, it was Patrice Evra who rounded off the scoring.

On as a substitute right-back for O’Shea, Evra completed the embarrassment with a drive from the edge of the area.

Reflecting on the match, Roma boss Luciano Spalletti said: “What would I change if I could do it again? Stay at home.”

Playing right back for the first time in my life v Roma.. thanks for the assist Ole. Guys make sure we support the club , the team and killer baby face. #MUFC #ManUtd pic.twitter.com/FNi6z7xDO5