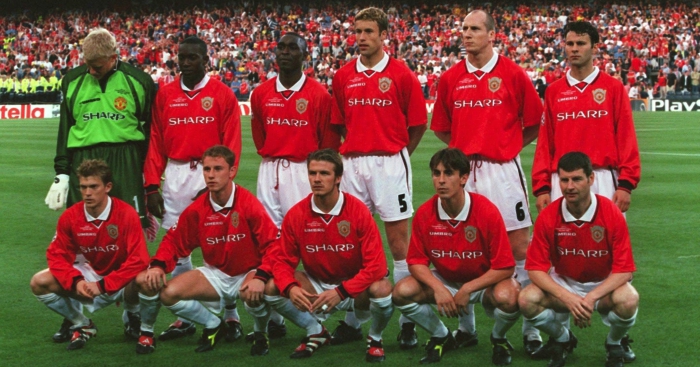 All these images are iconic in their own way.

Sometimes, though, it’s the smaller things that stick with us.

This is my mental image of Man United in 1998-99. The red, the white, the black and yellow boots. 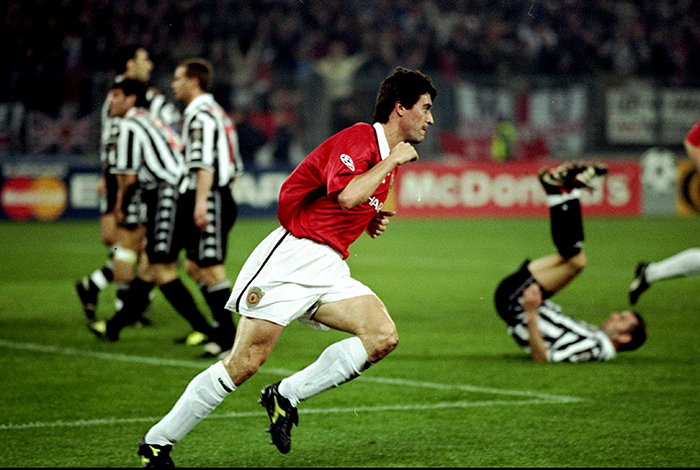 Diadora, the still-active maker of those boots, probably prefers to be thought of in a more up-to-date context than Nicky Butt’s feet, but there are reasons you might make the same associations I do.

After years of decline, Diadora went into liquidation in 2009, carrying debts of 80 million euros.

That led to the company being taken over by another Italian business, Geox, and Diadora has since remodelled itself as a kind of heritage brand, maintaining a focus on classic designs and manufacturing techniques.

To this end, it reopened a defunct artisanal production line at its Treviso headquarters in 2015.

@LeoColacicco23 X Diadora.
One highlight feature consists of the crests of the Italian provinces where the two brands are based.
Stay tuned: January 19th, this mini collection begins retailing in top sneaker stores and in select boutiques.#DiadoraHeritage #lc23 pic.twitter.com/Uy4ZYPEFTK

The new strategy, exciting as it is, means you won’t see Diadora boots worn by many of today’s professional players.

Last year, the company’s history-embracing philosophy reached what might be considered its natural conclusion: a partnership with the 50-year-old Roberto Baggio, who wore Diadora boots throughout his career.

Diadora has since launched a Baggio clothing line and two signature Baggio boots, and has more releases planned for this year.

An Italian brand for Manchester footballers

During its pre-Geox lifetime, Diadora had sponsorships with a number of big players besides Baggio.

Francesco Totti wore its boots between 2005 and 2008, as did Italian players Gianluca Vialli, Giuseppe Signori and Antonio Cassano. Foreign Serie A stars like Zico, George Weah and Marco van Basten did too.

The company also had a strong presence outside Italy. In the UK, it made kits for teams like Aston Villa, Sheffield Wednesday and the Scottish national side, while its poster boy for these shores during the late 90s and early 2000s was Roy Keane.

In securing the loyalties of Keane, as well as those of Nicky Butt, Gary Neville and Phil Neville, Diadora put its Brasil and Attiva boots firmly into the British consciousness, using those United players in many of its promotional campaigns.

One magazine advert from that period, something of a non-sequitur, showed the giant faces of Keane and Butt superimposed onto a wall. “Remember playing football against a brick wall?” it asked. “Roy Keane and Nicky Butt wear boots by Diadora”.

Another ad centred around the image of ‘Keano’, a Roy Keane action figure clad in toy-scale Diadora training gear. Making reference to the Irishman’s notorious temperament, the doll invited you to “Touch my legs and hear me growl”.

Capitalising on the past

Previously, I wondered why Adidas abandoned its toothy, shot-boosting Predators around the turn of the millennium.

I won’t overstate my powers as a cultural influencer, but about a month later, the German brand announced a total relaunch of its iconic 90s boot. This followed a limited-edition collection endorsed by David Beckham, himself four years out of the game.

You can see the appetite for football nostalgia everywhere. No longer consigned to attics and libraries and videotapes, the ghosts of football are constantly around us — not least on the internet. An Arsenal third kit from 1995? A montage of Julian Joachim goals? A Keith Gillespie Panini sticker? These aren’t occasional oddities; they’re very much part of today’s football culture.

But if football nostalgia can be shared from fan to fan in a lighthearted way, it can also be used as a powerful marketing tool. Adidas can’t make money off knackered Predators from the 90s, but it can literally capitalise on our nostalgia by creating a line of new, 90s-inspired boots with the same name.

Diadora, having missed a good chunk of recent football culture, almost has to take this approach.

This needn’t be a bad thing: the company says its MADE IN ITALY revamps of the Match Winner and Brasil are its most popular boots right now, selling in greater numbers than its more contemporary styles. In 2018, the past sells.

This is why I'm still in love with #Diadora… #Baggio pic.twitter.com/4bUDOULtRq

And in a strange way, Diadora’s extended period out of the spotlight actually puts it in a better position to capitalise on nostalgia than omnipresent companies like Adidas.

History tells us that when people are disconnected from something for an extended period of time, they’ll start to want it — almost irrespective of whether they made use of the thing in the first place.

Nostalgia brought back Cadbury Wispa bars and Robot Wars, so just think about what it can do for something genuinely great like Diadora boots.

As the Baggio partnership begins to reassert Diadora’s presence in the football world, it’s not hard to foresee those of a certain generation — those who, on some subconscious level, expect Gary Neville to walk onto Monday Night Football in a pair of black and yellow Brasils — slowly returning to the company’s products.

What’s really interesting, however, is the question of where Diadora might look beyond Baggio — especially as it attempts to tackle markets outside Italy.

It’s unlikely anybody wants a Roy Keane signature boot or jacket in 2018, so a better candidate for Diadora UK — and I’m giving them this for free — might be another footballer mentioned at the start of this article. 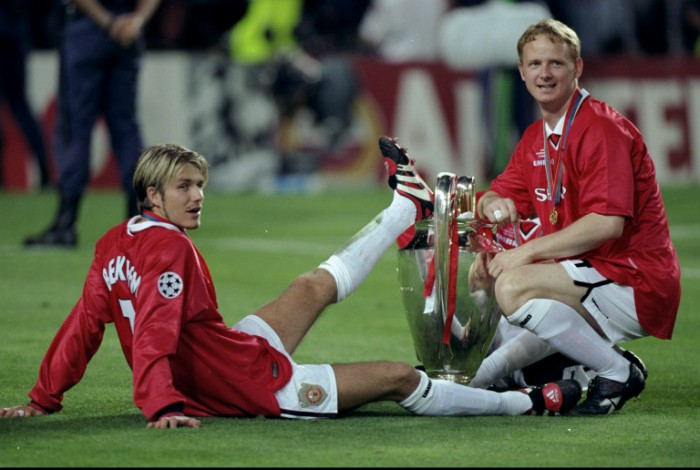 If you look closely at the feet of United’s treble winners, you’ll find that David May, a figure long chided for his joyous celebrations in ’99, actually wore a pair of Diadoras that night in Barcelona.

Not the black and yellow ones worn by his more celebrated team-mates, but a black and white pair with a red logo on the sole.

Baggio of the 80s and 90s may have epitomised the Italian way, but David May clambering on the backs of his exhausted team-mates might be the most iconic, most British piece of nostalgia at Diadora’s disposal.

Use him wisely, amici.