Desperate times call for desperate measures, and when football teams reach crisis points, logic is often thrown out of the window.

Think Newcastle United appointing Alan Shearer, a man with no previous managerial experience, when mired in a relegation battle. Think Stuart Pearce, pining to lead Manchester City to the UEFA Cup, putting David James up front. Think Argentina, stuttering in qualification for the 2010 World Cup, turning to one Diego Armando Maradona to lead the nation once more to glory.

Often when an England manager leaves a post, you can guarantee at least one former icon will be backed to take over. The fact they have next to no managerial CV is put forward as a positive; they won’t overcomplicate things, they know what it’s like to represent the Three Lions and they know how a major tournament works.

The English FA have managed to resist that temptation to date, but their Argentinian counterparts instead chose to grasp the nettle back in 2008. Enter El Diego.

Looking back, Argentina weren’t even in too precarious a position when they turned to Maradona following the resignation of Alfio Basile. Only two of their opening 10 qualifiers had ended in defeat, and with the top four teams going straight through to the tournament, Argentina sat third, albeit only above Chile on goal difference.

Maradona’s previous experience as a manager had come over a decade earlier with shambolic, brief spells in charge of Mandiyú de Corrientes and Racing Club. 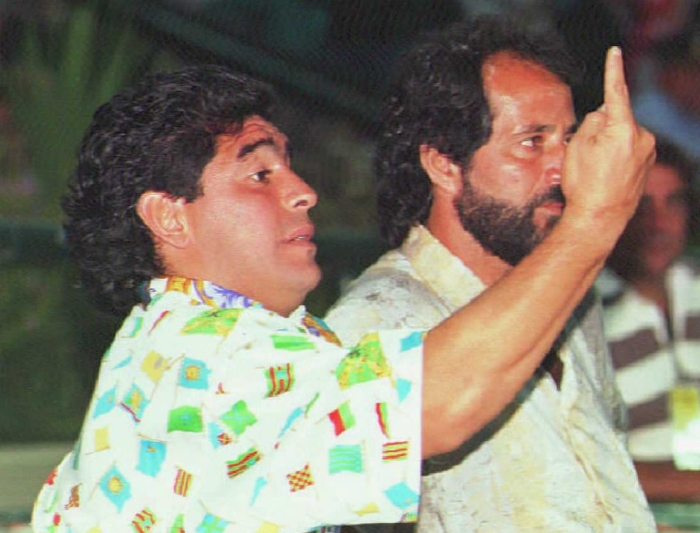 In the intervening years he had suffered with a myriad of health issues, almost dying due to a heart problem in 2004. In 2007, he was hospitalised again and entered another period of rehab. A year later, he was Argentina manager.

Blind faith may never be the best strategy in football, but the supremos at the Argentinian FA hoped Maradona would have a galvanising effect on a talented-yet-dysfunctional squad. Whether that was wise or not doesn’t concern us here, because it was at least incredibly entertaining.

A 4-0 win over Venezuela in his first qualifier was an encouraging start, but in the next match Argentina were beaten 6-1 in Bolivia. Played 3,600 metres above sea level, it was suggested the hand of God had finally been given the chance to give Maradona a little slap.

Despite three more defeats in qualifying, as well as call-ups for 70 different players, La Albiceleste somehow secured their place in South Africa thanks to wins against Peru and Uruguay in their final two fixtures – both of which came thanks to late goals.

After Martin Palermo’s 94th-minute winner in the former, Maradona flung himself through the air to belly-slide across the soaking turf at El Monumental in celebration, but the madness was only just beginning. 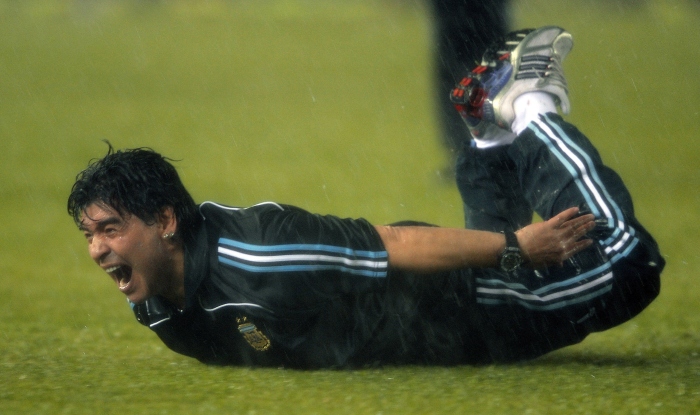 With qualification secured against Uruguay, Maradona launched an angry tirade at the media, telling journalists to “take it up the arse”, grabbing his crotch and insisting they should “suck it and keep on sucking”. He was banned by FIFA for two months.

The controversy did not end there. As he arrived an hour late for the press conference to announce his final 23-man squad for the World Cup, he ran over a cameraman’s foot before shouting: “What an arsehole you are! How can you put your leg there where it can get run over?”

Given the sheer volume of players Maradona used, his squad was impossible to second guess. Diego Milito, Maxi Rodriguez, Javier Pastore and Ariel Garce were all beneficiaries of a late change of heart.

Jesus Datolo, however, was left feeling aggrieved after missing out, despite impressing when handed opportunities under Maradona, scoring a stunning goal against Brazil in qualification.

Defender Garce was called up having already made arrangements to travel to the tournament as a fan, while Javier Zanetti and Esteban Cambiasso were notable absentees. Both would complete a Treble by winning the Champions League final with Inter just two days later.

If the 48-year-old’s decisions were questionable, his belief in his players was at least unwavering: “What we have is exquisite. Everything this team achieves will belong to my players. They will bring joy to the people in Argentina.

“They will do everything to achieve that goal, they will sacrifice their blood. They will be the heroes. Me? I’ll be with my family enjoying myself. Make no mistake: managers like Menotti, Bilardo or Maradona come and go. The real winners are always the players.”

This would be a theme throughout Argentina’s adventure in South Africa, as Maradona remained fiercely loyal to his players.

But the biggest surprise of all came in the group stages: Argentina actually looked good. Nigeria, South Korea and Greece were all dispatched with ease, and only one goal was conceded in the process.

Less surprisingly, Maradona allowed himself to get involved in spats along the way with some of his favourite sparring partners: Pele, Michel Platini, Claudio Gentile, FIFA and the media.

Still, he had nothing but love for his players. A 3-1 victory against Mexico saw the nation, and the world, began to consider Argentina serious contenders, after which Maradona, who had already inspired one World Cup triumph in 1986, said: “All the experiences of my life, today I gave them to my players with all my soul and heart. I said to the lads, ‘That’s how it was for me.’”

That victory set up at quarter-final clash with Germany, who had eliminated Argentina on penalties at the previous tournament. Despite the illustrious opposition, Maradona’s bravado showed no sign of dampening.

In the build-up to the game, Bastian Schweinsteiger accused Argentina of being “disrespectful” and influencing match officials. Maradona hit back with typical cheek, adopting a German accent to retort: “What’s the matter Schweinsteiger? Are you nervoushh?” More importantly, he also vowed not to abandon his attacking principles.

Germany had already dismantled England 4-1 with a display of devastating counter-attacking football, but Argentina lined up in Cape Town with Angel Di Maria, Maxi Rodriguez, Gonzalo Higuain, Lionel Messi and Carlos Tevez all given license to attack.

Within three minutes, Thomas Muller had put Germany ahead, and Argentina only just made it to half-time trailing by a solitary goal. In the second half they appeared more purposeful, but in truth Germany were happy to absorb their jabs before landing not one, not two, but three sucker-punches of their own on the break.

A 4-0 defeat sent Argentina back home and left a country analysing the failings of a tournament which ended with Messi having failed to score a single goal.

Initial reports suggested Maradona could be offered a new four-year deal, but after a meeting with the Argentinian FA, the executive committee “unanimously” agreed that would not be the case amid suggestions he was insistent his backroom staff could not be changed.

Some supporters staged a protest outside the headquarters in Buenos Aires, but there was a sense of relief among many board members. General secretary Jose Luis Meiszner told C5N: “I would be hypocrite if I didn’t admit there was a general disliking of several aspects of the cycle that ended with the World Cup.

“We did not see any intention to show humility, to say things should have been done better. There was no evaluation, no review, no conclusions. These are the things you have to think about in order to think about the future.”

In the eight years since the tournament, Maradona has taken two low-key managerial posts in the UAE, enjoying a life in Dubai in which paparazzi are forbidden.

And yet in 2016 he offered to coach Argentina for free following the resignation of Gerardo Martino and has been – you guessed it – outspoken in his distaste for current incumbent Jorge Sampaoli.

As ever in the life of Diego Armando Maradona, madness is never too far from the horizon. Even after all these years, he would have it no other way.