An ode to Diego, the South American star robbed of his European final

During the early 2000s, when the Copa Libertadores had pride of place on terrestrial TV in the early hours of the morning, Emerson Leao’s Santos side were a sight to behold.

Robinho was seen as the star, the teenage striker breaking through in the 2002 title run and banging in the goals at home and in continental competition as Santos reached the 2003 final and the last eight the following year.

However, for those watching from afar, midfield maestro Diego was just as eye-catching.

Like Robinho, Diego was still in his teens when Santos fell just short against a Carlos Tevez-inspired Boca Juniors in 2003. But he had already set about developing the aesthetic of a well-travelled and eccentric playmaker.

His mop of dark hair marked him out as an aesthete more than an athlete, like a child cosplaying as one of the Brazilian greats from the early 80s.

He might not have been alive to witness the likes of Zico and Socrates, but there were times you felt he saw himself as their heir. 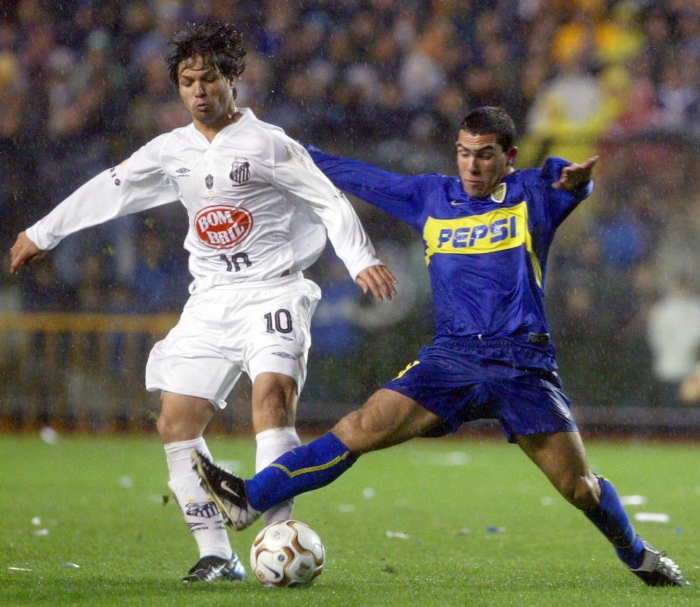 Diego may have only scored one goal in the 2003 knockout stages, but it was special enough to feel like three on its own.

With Santos trailing in their first leg in Mexico against Cruz Azul, Oscar Perez flew out of his box to head clear, and Diego picked up the loose ball.

While others might have panicked and flashed a shot in the vague direction of the goal, Diego knew that wasn’t necessary.

He calmly strode forward, ensuring no defenders blocked his route to goal, before planting a shot in the top corner which Perez could only get fingertips to as it evaded both the goalkeeper and a covering defender on the line.

It was as if he had walked out onto the pitch seeing himself as the hero of the piece, ensuring everything slowed down for him as he set about fulfilling his destiny.

While Robinho’s next move was an obvious one as soon as Real Madrid came calling and team-mate Alex was snapped up by Chelsea at the earliest opportunity, Diego got unlucky with his first European venture.

Before Robinho and another star, Elano, left South America, the 19-year-old joined Champions League winners Porto in the summer of 2004 as they looked to replace Barcelona-bound Deco.

Things didn’t work out, though, with managerial upheaval and on-pitch struggles forming an imperfect storm for the Brazilian.

His subsequent move to Werder Bremen might have been seen as underwhelming when contrasted with his reputation just a couple of years prior, but it was at the German club where he played not only the best football of his own career but arguably the best of any member of that Santos golden generation.

It was during his time with Werder that he scored one of the most satisfying goals of his career, if not necessarily the most crucial.

With the Bundesliga high-flyers leading 2-1 against Aachen in the final minute, visiting goalkeeper Kristian Nicht had come forward for a set piece, leaving his goal vacant when the ball dropped to Diego.

As with the strike in Mexico years prior, time seemed to stand still as he looked up and sent the ball into orbit, commanding it to drop just in time to bounce up and clip the crossbar on its way in.

The Werder Bremen generation to which Diego belonged was special, with Miroslav Klose and Claudio Pizarro taking turns to lead the line as they recorded four successive top-three finishes either side of the Brazilian’s arrival.

Now approaching his prime, Diego hit double figures in each of his three league campaigns, but it would be a dramatic UEFA Cup run – the last season in which the competition was still known by its old name – in which he would really come into his own.

There was an argument that Werder were lucky to even be there, too, needing a victory in their final Champions League group game to snatch third place, but once they dropped down they played some of the most exciting football in the competition – including one of it’s most dramatic semi-finals in recent memory.

Narrow victories over Milan and Saint-Etienne brought about a meeting with Udinese in the last eight, which was when Diego announced this was his tournament and everyone else was just an extra.

He scored two goals in each leg as Werder won 6-4 on aggregate, with the highlight being this peach of a curling finish which left Samir Handanovic clutching at thin air.

He would also find the net in the semi-final, firing in the opener in Hamburg to bring his team back into the tie after Ivica Olić had put the hosts 1-0 up on the night and 2-0 up on aggregate.

Heartbreakingly, though, he would then have his Michael Ballack moment. In the 41st minute he earned himself a yellow card which – as with the German midfielder at the 2002 World Cup – would ultimately keep him out of the final.

The game was delicately poised at that point, but Diego would continue to dictate proceedings and was there to celebrate as Claudio Pizarro and Frank Baumann sent his team through.

Without Diego there in Istanbul, Werder Bremen went down to an extra-time defeat to Shakhtar – it’s hard to think he wouldn’t have made the difference had he played. 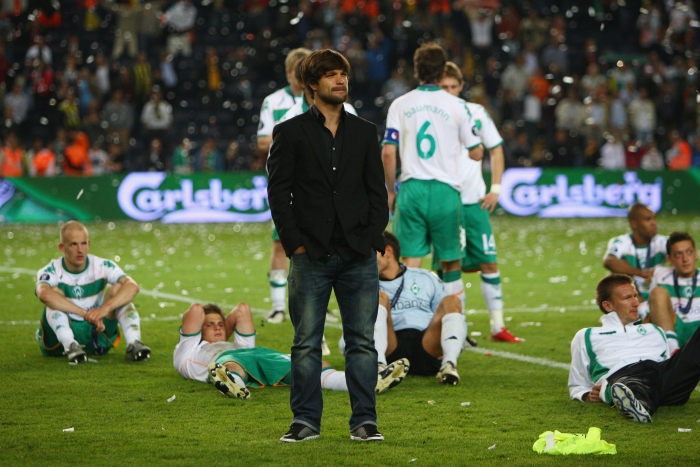 Diego would play his final Werder Bremen game just days later, helping his team wrap up the DfB-Pokal thanks to a goal from his ready-made successor, Mesut Ozil.

Spells at Juventus, Wolfsburg and Atlético Madrid would follow, but the high points were never quite as high as in Bremen.

There was talk of Santos attempting to re-sign him when Neymar left for Barcelona in 2013, but they won’t have been the only club whose fans would have likely welcomed him back with open arms.

Can you name every winner of the Europa League/UEFA Cup since 1990?