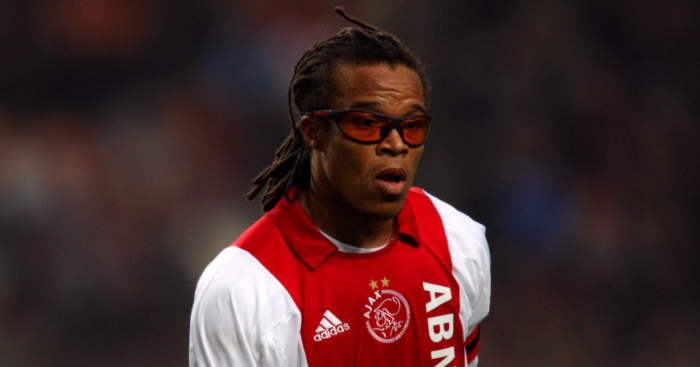 Heurelho Gomes has always seemed quite happy to live up to his role as football’s ultimate slapstick goalkeeper – but he took things a little too far when he faced up to a 35-yard volley from Edgar Davids in 2007.

From looking like he needed to let out the world’s biggest sneeze while crying in the face of Rory Delap’s long throws, to bundling the ball into his own goal against Real Madrid, to make some genuinely world-class saves throughout his career, Gomes has always embraced the pantomime element to his personality.

So it should probably come as no surprise that when professional football’s first cartoon stopper came up against the man known as the Pitbull, the results were spectacular.

To set the scene, Davids’ Ajax travelled to PSV in March 2007 chasing down their great rivals in the Eredivisie title race.

PSV had enjoyed an 11-point lead after 20 league matches but had begun a worrying wobble, losing twice and drawing twice to give Ajax and AZ Alkmaar hope they still may be able to snatch the title.

After Ronald Koeman’s side dropped points at lowly Excelsior in their previous fixture, Henk Ten Cate’s Ajax could smell blood. In the 17th minute, they took the lead through Klaas-Jan Huntelaar.

But the gamebreaking moment came just before half-time. After PSV headed a corner clear, the ball fell temptingly to Davids, just two months into his second spell at Ajax after leaving Tottenham, who could hardly have connected with his volley more sweetly.

The ball crashed off the post and onto the head of Gomes, who stood like a punch drunk boxer to check it went behind for another corner before falling to the floor. While he grimaces on the floor trying to find his bearings, you can almost see the stars circling around his head as if he has been dropped into the six-yard box from an episode of Tom and Jerry.

To make matters worse, immediately after Gomes regained his feet, he had to watch on as Wesley Sneijder spanked one into the top corner from the resulting corner.

PSV’s terrible form continued, winning just one of their next four games to leave them level on points with Ajax and AZ with one fixture left of the league campaign. The thrashing at the hands of Ajax also meant they had the worst goal difference of the three sides.

But fortune was finally on Gomes and co’s side when AZ, just like PSV, came unstuck at Excelsior. Ajax, however, won 2-0 at Willem II.

Remarkably, PSV somehow clicked into gear for the first time in weeks. Leading 2-1 at half-time against Vitesse, three second-half goals saw them regain a title they had tried their best to throw away, pipping Ajax to top spot by a single goal.

Perhaps if Gomes had just saved that shot from Davids, PSV would never had to endure such tension and drama. But the events only helped Gomes prove the point he has made throughout his career: football without him would be much less fun.