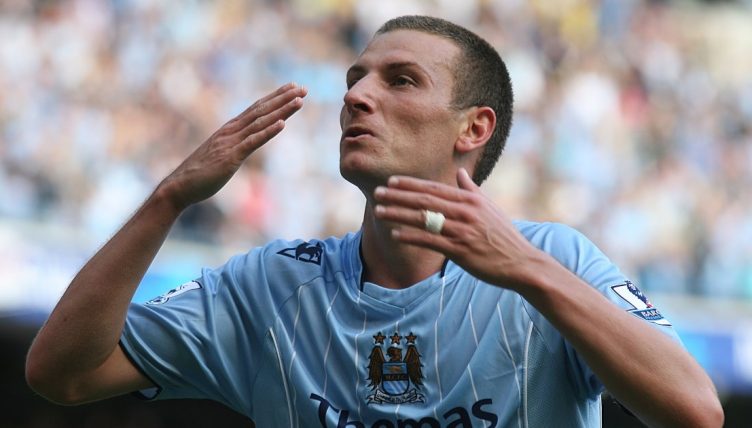 Manchester City have boasted many a Brazilian down the years – but none have been quite like Elano.

Elano Blumer, to give him his full name, arrived from Shakhtar Donetsk in August 2007 for a reported £8 million. His time in Ukraine was the perfect preparation for the inclement weather and rough-and-tumble of the British game. What it didn’t prepare him for, however, was the chaos that awaited at City.

These were heady days for the blue half of Manchester. Sven-Goran Eriksson was manager while the club was owned by an ex-Thai prime minister and convicted criminal Thaksin Shinawatra. Thank goodness for the FA’s fit-and-proper-person test.

Given cash to spend, the newly-appointed Eriksson had embarked on the kind of shopping spree associated with someone starting out on a new game of Football Manager.

In the case of Elano, that was apt. Prior to his arrival in England, the Brazilian had emerged as a cult figure among FM gamers thanks to his impressive and ever-increasing stats.

Elano provided the foundations of many a great team on the game, best deployed in an LCM role or the coveted AMC position where his impressive mental and technical stats (15+ for each) came to the fore.

It wasn’t just his Football Manager performances that had caught the eye though. Less than a year before signing for City, Elano had travelled to London and Wembley to play for Brazil in a showpiece friendly with bitter rivals Argentina.

The attacker was one of the stars of the show, scoring twice in a 3-0 win televised by the BBC. On an afternoon where Elano’s performance overshadowed that of new West Ham recruit Carlos Tevez, you might have assumed Premier League suitors would have been lining up.

But you would be wrong.

“I played well in the Argentina game,” Elano later told to Ladbrokes. “Around that time there was some speculation from other clubs, but the only bid came from Man City and from that moment I was always set on joining the club.”

While Sven had conducted a major overhaul of Manchester City’s squad that summer, the club were yet to hit the spending heights seen under Sheikh Mansour. Elano was one of the biggest purchases in a mixed bag of 15 signings that included highlights like Vedran Corluka and Martin Petrov as well lowlights like Rolando Bianchi. 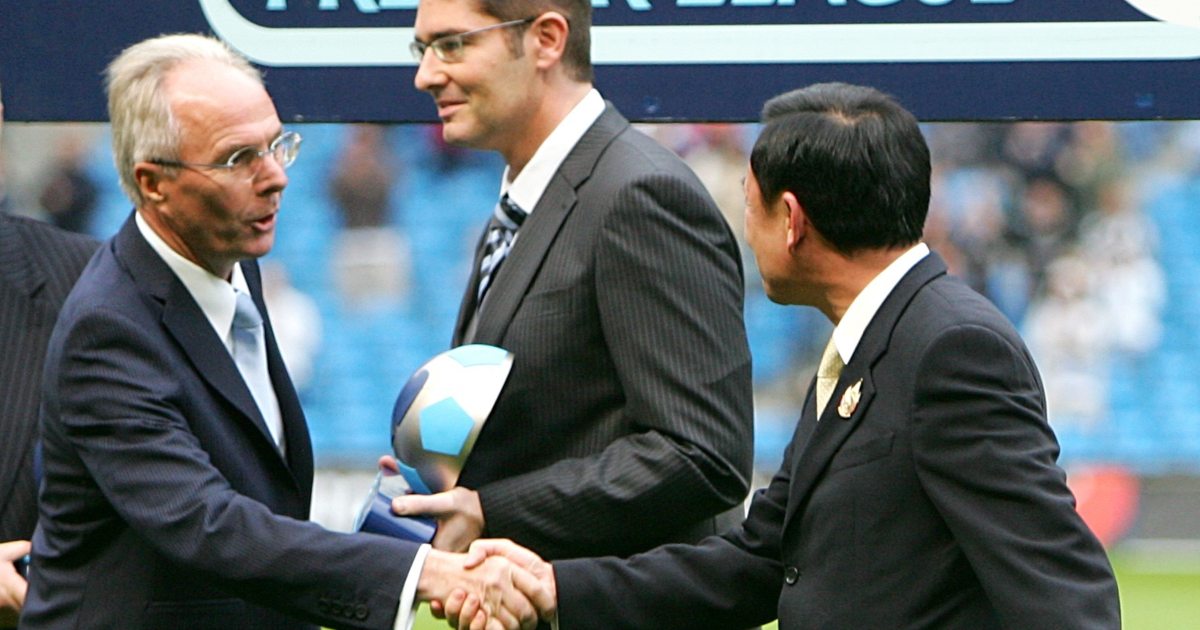 There was even room for another Football Manager favourite in Valeri Bojinov. Suddenly very different questions were being asked about what Sven got up to in his spare time.

As the 2007-08 season kicked off, City remained a work in progress with the club’s raft of new signings yet to gel with the remnants of previous manager Stuart Pearce’s squad. They were a team in need of inspiration and an attacking spark that would help calm nerves.

‘Bringing back some happiness’

The Brazilian made a blistering start, pulling the strings from the midfield against West Ham on his debut. It took just 18 minutes for him to help break the deadlock, taking the ball on inside his own half before embarking on a blistering solo run that set up a goal for Bianchi.

Elano continued to set the tempo, bagging match-winning assists against Derby and Manchester United as Eriksson’s hastily-assembled team made it three wins from three.

He was quickly becoming a fan favourite, injecting an attacking vigour into City’s play and bringing the best out of rising star Michael Johnson, with the pair forming a formidable partnership in the middle of the park. Elano loved every minute of it.

“It was an exciting time to come and sign for the club because I knew I was joining something special and I was confident I could help the club grow,” he said. “I took great pride in bringing back some happiness for Manchester City fans.”

Even better was to come a month later when City faced Newcastle United at the Etihad.

Despite going a goal down, Elano was in imperious form, orchestrating City attacks with some magical touches and a couple of killer passes that helped them fight back to lead 2-1.

He sealed a man-of-the-match display three minutes from time with an absolute hammer of a free-kick, fired in from all of 25 yards past a helpless Shay Given at full stretch to make it 3-1.

A week later, Elano had the Etihad in raptures all over again, scoring twice in another 3-1 win, this time against Middlesbrough.

It was the stuff of footballing dreams once more; a drilled 20-yard strike set up by a Brazil-inspired Michael Johnson backheel and another free-kick, this time exquisitely curled past the Mark Schwarzer.

Another goal in City’s next outing against Birmingham made it official: Elano was flying.

To this day, Elano credits the influence of Eriksson. He knew little to no English but, in Sven, had a manager experienced in handling eclectic egos and multilingual dressing rooms from his days at Lazio.

As Christmas rolled around, the Swede had City fans dreaming of a top-four finish, but it didn’t last. Johnson suffered an injury in the new year that left Elano without his midfield partner-in-crime.

In his absence, City struggled and began to slip down the table. Elano still impressed, adding a further four goals and establishing a reputation for dispatching penalties with ruthless efficiency, but the team’s form stuttered.

Elano ended the season with 10 goals and eight assists in all competitions while City finished the season ninth, qualifying for the UEFA Cup through the back door of the Fair Play rankings.

By any sensible metric that might have constituted a good campaign but, by the final day, morale was at an all-time low within the City squad amid reports Sven was due to be sacked. Shinawatra had stopped speaking to the manager by that point, and City’s players were willing to go on strike in protest.

They signed off with an 8-1 final day shellacking at the hands of Middlesbrough. Elano scored the City consolation but it was miserable.

“The environment around that whole game was just so bad, because obviously Sven Goran Eriksson was leaving the club, so in general the whole experience was negative,” he said.

“Even though I scored a goal I don’t think about it because the rest of the game was so bad.”

Mark Hughes replaced the ousted Eriksson that summer with the City squad undergoing another major overhaul.

Though Shaun Wright-Phillips’s arrival threatened Elano’s place in the team, he began the season very much still part of plans under Hughes and scored three goals in City’s first two games.

The £32.5million deadline day purchase of Robinho was as much a statement as it was a signing for the Abu Dhabi United Group, who had purchased the club that very day.

Robinho’s arrival spelled good news for Elano in one sense – the two were close friends from their time together at Santos – but it was bad news in another.

His compatriot immediately took centre stage, scoring on his debut against Chelsea in a game Elano watched from the bench. Suddenly, the man who had come from nowhere was back where he started.

Often benched or played out of position to accommodate City’s other stars, Elano still enjoyed the occasional moments of brilliance.

A 25-yard strike against Omonia helped City reach the UEFA Cup group stages, while Elano remained as faultless as ever from the penalty spot.

Some of the old magic was gone – his central midfield partner Johnson continued to suffer with issues both mental and physical – but by the end of the season, Elano was returning to something approaching his best form. Then, in July 2009, City sold him to Galatasaray for £8million.

It was a move that baffled many and, years later, one Elano continues to ruminate on.

“My biggest regret from my time at City was simply not staying there longer. I don’t for a second regret joining Galatasaray, but I just loved my time in England. I could have stayed longer.”

Why he was allowed to leave remains a mystery. One theory concerns the claims of then-team-mate Craig Bellamy, who in his book accused Elano, along with Robinho and Glauber Berti of being part of “the Brazilian clique” who “didn’t give a shit”.

While that might have explained the decision to hastily offload the midfielder, it’s one Elano dismissed, reminding Yellow and Green Football that Bellamy was “problematic”.

“He had trouble with all the teams he was at,” he said. “At Liverpool, he even went to beat someone with a golf club.”

Though Elano would go on to open his account for Gala in spectacular style with a stunning left-foot strike from all of 28 yards against Kayserispor, that was about as good as it got.

He returned to Brazil a year later, flitting between Santos, Gremio and Flamengo as well as enjoying two money-spinning stints in the Indian Super League before hanging his boots up for good in 2016.

Though he retired with a commendable 50 caps and nine goals for Brazil, including two at the 2010 World Cup, there will always be a sense that Elano failed to fully live up to both the hype of his Football Manager persona and the promise shown at Manchester City.

Still, to this day he cherishes that goal against Newcastle for what it was and what it could have been.

“Sometimes even now I replay it and watch it through on a DVD of Manchester City that season,” he admits. “I play it because I miss it.”