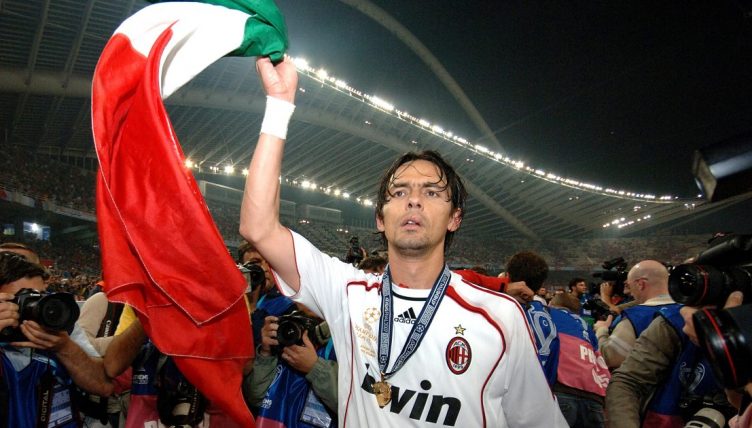 At 33, Filippo Inzaghi secured his second Champions League title with AC Milan, scoring two goals in the final. He was mostly crap that season.

Over the course of the 2006-07 season, Filippo Inzaghi was looking a little rusty. At 33 years old, playing as the decorative star atop Milan’s famous ‘Christmas tree’ formation, the World Cup-winning striker was, for once, failing to shine.

After scoring against Lazio on the opening day of the season, Inzaghi soon found himself in the midst of a long drought, not scoring his next Serie A goal until late January.

Rarely had the poacher misfired so frequently.

He didn’t get away with it, either. The loss of form saw manager Carlo Ancelotti turn instead to more potent alternatives such as the 24-year-old Alberto Gilardino and, in the latter half of the season, to a burly but still lethal Ronaldo.

Despite the performances of Kaká at his peak, Inzaghi’s slump and other factors contributed to a dangerous slide down the Serie A table in the autumn of 2006.

By Christmas, the club found itself in 13th position and in desperate need of a hard reset. Had the players not been shipped off for a much-needed pampering session in Malta, they might have fallen further still. 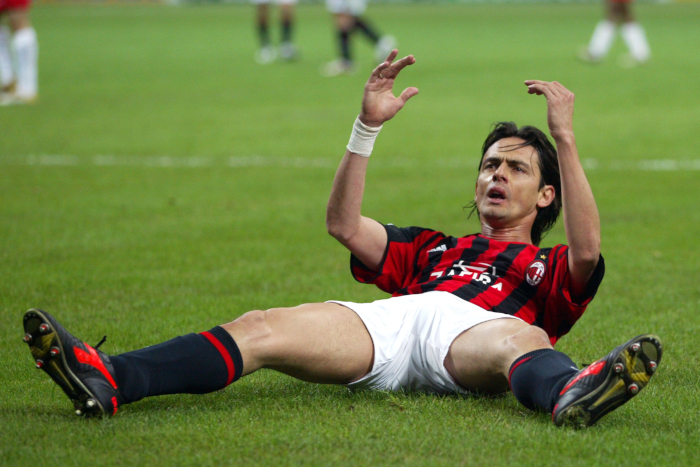 In Europe, however, things were different.

Despite their league struggles, Milan were impressing in the Champions League, edging past Celtic in the round of 16 before comprehensively beating Bayern Munich in the quarter-finals.

When Manchester United visited Milan for the semi-final second leg, Milan’s comfortable 3-0 win contained few signs of a side that had been woeful in the domestic league just a few months earlier.

“It is a dream for any manager to play like that,” Ancelotti said after the game. “In the first half the football was perfect.”

But even as Milan raced into their third Champions League final in four years, Inzaghi could not find his shooting boots.

A beautiful but lonely strike against Bayern was his first in two and a half months, and as the final against Liverpool approached — a rematch of the 2005 edition — the striker showed few signs of form.

Notably, Inzaghi found himself largely unused in Serie A, despite Ancelotti usually using a formation with two strikers in that competition.

Milan’s league form had picked up, but it was the combination of Ronaldo and Gilardino doing the business, not the veteran Italian poacher.

So with Inzaghi unable to break into a two-man attack for league games, how could he reasonably expect to play in the Champions League, in which Milan adorned their heavily baubled Christmas tree with just one striker?

Fortunately for Pippo, there was a caveat.

Since Milan had signed Ronaldo from Real Madrid during the winter transfer window, the Brazilian was cup-tied in the Champions League. It was therefore a direct choice between the energetic, in-form Gilardino and the experienced but rusty Inzaghi, whose goals had helped Milan to European glory in 2003.

There was also the small matter of Silvio Berlusconi, Milan’s powerful owner. Loyal to the experienced but struggling Inzaghi, Berlusconi proposed a solution to the striker dilemma.

His idea? A one-in-one-out bunga bunga party atop the Milanese Christmas tree. Or, in his own words, a “relay race” between Inzaghi and Gilardino, in which the more workmanlike Gilardino would start the match to wear down the opponent, letting Inzaghi come on later to exploit the tired opponent with his pace.

But would Ancelotti listen to his employer and former head of state?

Ahead of the final in Athens, Ancelotti was still caught in two minds over which of his strikers should start. In the end, however, he favoured the elder Inzaghi, who went into the game with just four goals that calendar year: one in the league, one in Europe and two in the Coppa Italia.

Gilardino had scored nine over the same period.

But while the decision might not have made sense on paper, Ancelotti must have had a good feeling about Inzaghi. Perhaps, after missing the 2005 final, the striker was simply too hungry to play badly.

And play badly he did not: after enjoying little luck for an entire campaign, the ageing Italian opened the scoring on the brink of half time, diverting Andrea Pirlo’s free-kick into the net.

The goal was lucky on two counts: it was clearly unintentional, and Inzaghi also turned the ball goalwards with his arm.

But there was no luck about the second goal. Played in by the all-conquering Kaká, Inzaghi took the ball around Pepe Reina and slotted in from a tight angle to all but seal the trophy in the 82nd minute.

It was a fine demonstration of composure — to a degree that might have been beyond Gilardino — and perhaps the slowest ever kick of a ball to seal victory in a Champions League final.

Berlusconi’s “relay”? Gilardino eventually came on for Inzaghi, but only in the 88th minute. It’s hard to imagine the politician was too critical of Ancelotti’s decision.

When life gives you lemons

“Even today, so many Milan supporters thank me for that match,” Inzaghi said in 2015.

Perhaps unsurprisingly, it is the goal he scored with his foot, not the arm, that he himself remembers most fondly.

“That’s maybe when you start thinking that your team might win the Champions League thanks to two of your goals. I think that’s really exciting for a forward.”

Inzaghi did a lot of great things in his career. He won a World Cup, played until 38, made the very most of his limited technical ability and even scored a winning goal on his last ever appearance.

Of all his achievements, however, he might deserve the most credit for squeezing out a man-of-the-match, trophy-winning performance at the end one of his worst ever seasons.