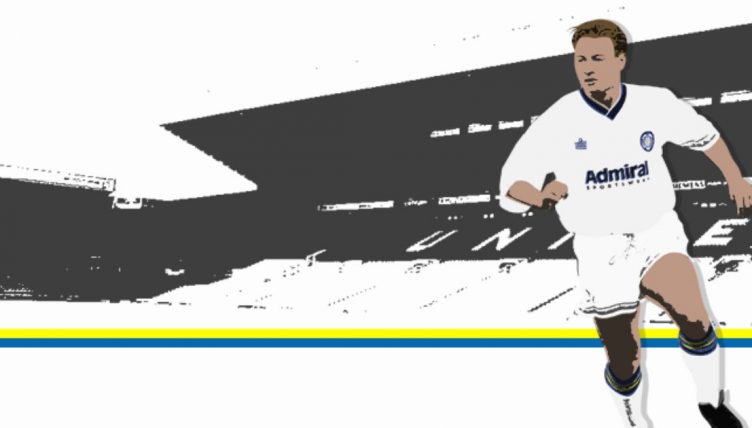 Not many people know this, but David Batty is the most rock ‘n’ roll footballer in the history of the sport.

From refusing to even look remotely arsed after missing a crucial penalty for England against Argentina at the 1998 World Cup, to scrapping with Graeme Le Saux, to completely washing his hands of the game and retiring to obscurity. David Batty, just like his namesake, Bowie, is an enigma.

Perhaps because of this, Batty’s finest hour is overlooked.

Yes, he may have won the title with Leeds United, won 42 caps for England, and played an integral part of Kevin Keegan’s thrilling Newcastle side. But the midfielder’s greatest moment actually came in a Makita Tournament clash with Sampdoria one sunny day in August 1992, when he came perilously close to starting an Anglo-Italian War. Yep, in a glorified pre-season friendly.

Now, to the untrained eye, some people would argue this was just an act of a footballing Luddite. In actual fact, it was an example of a genius at work, featuring skill, precision and daring endeavour, as these following steps show.

Just as a hit single doesn’t start with its chorus, Batty hardly goes out all guns blazing. He knows the rules: intro first, then one, maybe two verses, before you get to the chart-topping singalong.

And so, somewhat irked by the Italian outfit’s audacity to rob the ball from Gary McAllister in the Leeds half, Batty responds with a simple, Sunday league, let-him-know-you’re-there challenge as a rather startled opponent falls to the turf.

Less than 20 seconds after the resulting free-kick has been taken, McAllister ambles forward but loses the ball again.

Whether Batty’s response is a message to the opposition or his team-mate is debatable, but his following challenge is certainly more forceful, as a simultaneous body check and nip of the ankles suggest ‘this isn’t on, lads’.

Still, it’s hardly vengeful and it’s certainly not dangerous. It is only a friendly after all…

Now, here is the interesting bit. It all seems very innocuous, but Roberto Mancini isn’t happy. There’s a couple of pushes, a couple of points of a finger – which Batty swats away like he would an irritating fly – and a brilliantly Italian gesture as Mancini pinches his fingers and thumb together in demand of respect. Oh Roberto, don’t encourage him.

Batty hasn’t so much as cast his bait and caught a fish, but rather a killer whale has beached itself on the shore while he was still getting out his fishing rod. An antagonistic ‘calm down’ gesture follows from Leeds’ No.4, whose name is now being sung from the terraces.

It’s worth taking a moment to take stock of Batty’s appearance here. He doesn’t look particularly hard or menacing. With a slightly strange amalgamation of slicked back hair with a hint of curtains, he looks, if anything, like the particularly cheeky member of an obscure early-90s boyband; albeit one who is much more interested in a subversive side project than the acclaim of the masses.

It’s hard to understand what Mancini expects. Only a year earlier he was celebrating lifting the Serie A title and being awarded the Guerin d’Oro as the best player in the division.

Now here he is, looking completely exasperated as he controls a throw-in with his back to Leeds’ goal and some 10-cap England international inevitably fouls him from behind.

Is the Makita Tournament really worth all this? Is a largely successful career in football worth this? Isn’t relaxing in the Italian sun so much nicer?

“Mancini really should be too experienced, and is certainly too good of a player, to be wound up in that fashion,” dismisses the commentator. The subtle smirk on Batty’s face suggests otherwise.

He stands unmoved, preparing to take a throw-in as if nothing has happened, while those in that classic, charming blue strip completely lose their heads.

Batty chuckles, raises his hand in apology: “Sorry, must have been a misunderstanding, mate.”

The referee, starting to contemplate why he couldn’t just stick to playing football like all the normal kids at school, politely asks Howard Wilkinson if he might consider substituting the rogue Yorkshireman for someone who might not take such relish in spoiling all the fun. That’s not going to happen.

Up until this stage, this has been a slightly caricature version of Batty, the Batty which meant he largely went underrated and overlooked by supporters of teams other than those he played for.

But he’s not done yet. He’s still to provide a reminder of his class, cement his rock star status, and sum up why he is so adored by those lucky enough to count him on their side.

As Lanna seeks out revenge with a two-footed lunge, a crisp drag-back and ride of the challenge leaves Batty standing over his red-faced opponent as the whistle blows for a free-kick. “Macca, did you see that?” he shouts to his midfield partner with a smirk and a wink.

Years later, speaking about the game, Batty told The City Talking: “It was a friendly, wasn’t it? So you could do what you wanted. And it was an English ref.

“In the end he just told Wilko, ‘Take him off.’ But I think Wilko enjoyed it as well. It was just funny. Everyone was laughing.”

Indeed, Wilkinson summed it all up perfectly after the game: “The referee seemed to think Batty was upsetting one or two people but, in my view, that’s what he’s paid for.”