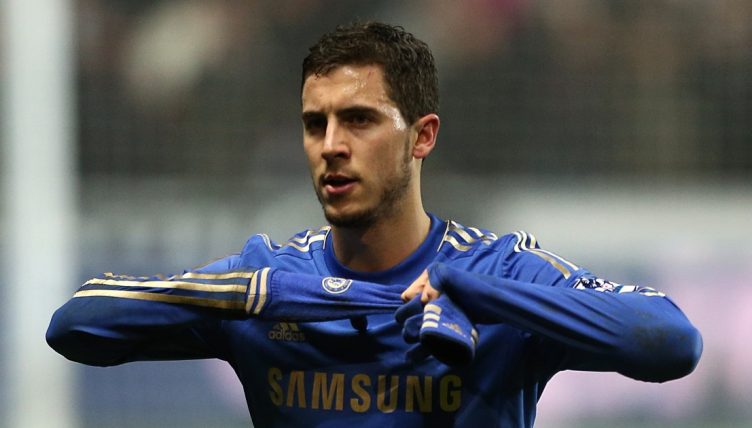 There is plenty about football to celebrate, but really, will it ever get better than a Swansea City ball boy getting Eden Hazard sent off for Chelsea? What a time to be alive.

In the Simpsons episode ‘You Only Move Twice’, enigmatic and megalomaniacal new boss Hank Scorpio asks Homer whether he has ever seen a man say goodbye to a shoe.

“Yes, once,” is the reply, and it makes for an easy go-to answer whenever anyone is asked to recall a sporting incident that feels scarcely believable even to those who saw it with their own eyes.

You know the sort of thing: “Have you ever seen Diana Ross miss a penalty?” or “Have you ever seen two team-mates sent off for fighting each other mid-game?” – you know you have, or at least you thought you knew, but perhaps it was just a fever dream.

Here’s another one for you, have you ever seen a £32million footballer get sent off for kicking out at a teenage ball boy? 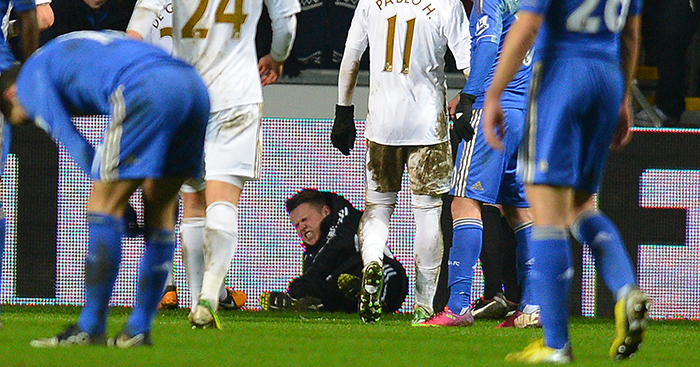 Back in January 2013, Eden Hazard wasn’t yet the superstar we know him as today.

The Belgian had left Lille the previous summer after they failed to retain their Ligue 1 title, with his 20 goals bettered only by Paris Saint-Germain’s Nene and Montpelier’s title-winning frontman Olivier Giroud.

However, it hadn’t been plain sailing after his move to Chelsea: Roberto Di Matteo, who signed Hazard at the end of one of the earliest Twitter transfer announcements, lost his job after failing to get beyond the Champions League group stages, and interim boss Rafa Benítez wasn’t exactly the most popular man in west London after his shit-on-a-stick history with the club.

Hazard had scored a fairly modest eight goals by this point, and none in Europe, though he had netted in a bizarre 5-4 victory over Manchester United and a more comfortable 5-1 win at Leeds to send the Blues into the final four of the League Cup.

Their opponents at the semi-final stage were Swansea, who had been benefiting from the goals of bargain signing Michu, a man so cheap his name became shorthand for measurements of £2million.

For all the ways in which social media might have been better back in early 2013 – there was a 99% reduction in use of the word ‘Brexit’ for a start – the endless memeification of Michu was, in a word, exhausting.

The Spaniard had a huge impact in the first leg, outscoring Hazard – a man who cost 16 Michus, to use the parlance of those times – and helping Michael Laudrup’s team come away from west London with a 2-0 lead going into the return match at the Liberty Stadium.

Swansea did not add to their lead in the home leg, but they did a good job of keeping their opponents at bay and frustrating a front three of Hazard, Juan Mata and Demba Ba. Did we mention things weren’t going swimmingly for Chelsea?

They also had a secret weapon: no, not Michu, and not even substitute and future Premier League champion Nathan Dyer.

If being able to identify a referee by name suggests they’ve done something out of the ordinary, and if that is doubled for a referee’s assistant, what of a ball boy?

Seeing as Charlie Morgan might be the only one either you or anyone else can name off the top of your head, you probably get the picture.

First of all, it’s worth pointing out that this incident took place in the 78th minute. Not exactly a situation of a team chasing a stoppage-time equaliser, though Chelsea were admittedly in search of two goals.

Secondly, you might have noticed the ball had gone out for a Swansea goal kick – Hazard wasn’t grabbing the ball for a corner, he was just trying to speed up its return to Gerhard Tremmel in the Swans goal.

And lastly, if you’re thinking the ball boy looks bigger than usual, perhaps even bigger than Chelsea, you’d be right. Reports at the time suggested the 17-year-old, son of Swansea’s largest shareholder (at the time) Martin Morgan, had effectively retired from ball boy duties but found himself back at the Liberty to pull off some of his old tricks if required (though Swansea denied giving specific instructions to this end).

After being unveiled as a Real Madrid player at the Bernabéu, we look back at one of Eden Hazard's most infamous incidents in a Chelsea shirt down in Swansea…👀💥

The zenith/nadir for ball boys

His party trick included, as it turns out, lying chest-down on the ball like a performing seal to prevent an opposition player restarting the game as the clock wound down. We imagine there aren’t too many previous cases of him being kicked for his troubles, if any.

It’s tragic, really – why does this always happen to them when they’re one day from retirement?

Morgan’s acting job in the heat of the moment is almost admirable, and his look-offended-while-half-appealing-to-anyone-who-will-listen game is top notch.

It’s not quite Steven Taylor against Aston Villa levels, but we shouldn’t expect such professional unprofessionalism from the youngster.

Additionally, we can’t have expected him to have read the quotes from Di Matteo earlier in the season suggesting Hazard had an unfair reputation for exaggerating contact, but if he did then it adds another layer to proceedings.

Of course, football was no less tribal then than it is now, and the early What The Fucks? were met with a chorus of Well Actuallys from Chelsea fans.

He’d actually kicked the ball from underneath the ball boy, they claimed.

That may well have been the case, but there comes a time where you have to weigh up the pros of being technically correct against the cons of defending an adult from potentially injuring a minor by using the argument that “he got the ball”.

The rest was pretty simple. Hazard was sent off, the game ended 0-0 and Swansea went on to beat Bradford City (yes, Bradford City) 5-0 in the final.

As for Morgan, he later revealed he had spoken to Hazard and would not be pressing charges, not that anyone had ever seriously thought the latter option was even in play.

As a coda, Chelsea won their next five meetings with Swansea, not tasting defeat against them until Gylfi Sigurdsson’s match-winner in April 2016.

Did it take a league title in 2015 for Hazard to receive closure? Well, it’s more than Charlie Morgan has ever won, let’s put it that way.

READ NEXT: Eden Hazard: Forever digging diamonds from a mountain of sh*t

TRY A QUIZ: Can you name Chelsea’s 15 most expensive transfers in history?