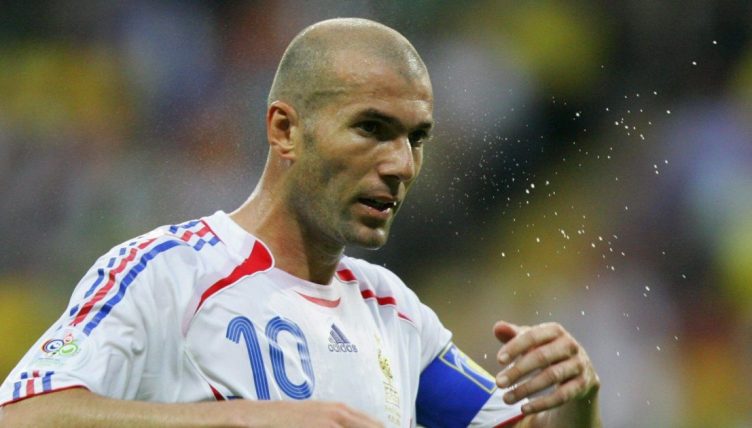 Everyone remembers how it ended for Zinedine Zidane at the 2006 World Cup, but it’s much, much more important to remember him producing one of the great individual performances in the quarter-final against Brazil.

Zidane hadn’t actually been in particularly good form for Real Madrid in the two seasons leading up to the tournament, and there were even calls for him to be left out of France’s starting XI after the group stage, in which he missed Les Bleus’ only win – coming against Togo in the final match – due to suspension.

But after scoring in the second-round victory over Spain, the then-34-year-old rolled back the years against Brazil in what was the first meeting between the two sides at a World Cup since the midfielder’s two headers had fired France to glory in the 1998 final.

“Zinedine Zidane was the first French player to leave the pitch, but the majesty of his performance will remain seared on the memories of those present,” wrote Dominic Fifield in The Guardian.

The player himself later told FIFA.com: “There was magic in the air that day out on the pitch.”

Let’s look back at a truly sensational performance…

Given we’re about to witness an iconic performance, it’s only fitting that it starts with an iconic opening scene. Zidane and Ronaldo, two of the greatest gunslingers, facing off for one final duel, basking in the glow of the twilight of their careers.

Are they nervous? Sad? Overawed? Emotional? No. They’re excited, like giddy schoolchildren ready for mischief.

Zidane – usually all intense, dead-eyed stare – unable to prevent himself pulling a stupid face. Then there’s Ronaldo and his glorious, gap-toothed grin. Both ready to battle, both determined to enjoy their last waltz.

This might actually be the greatest moment in the history of football.

One turn leaves Ze Roberto and Kaka clutching at thin air before he glides past Gilberto Silva. The final pass is overhit but it’s only taken 35 seconds for Zidane to beat Brazil’s entire midfield.

They’re going to need to produce something special if they’re to match his level of greatness today.

“Football is both complicated and simple at the same time,” Marcel Desailly wrote in a column for The Guardian during the tournament – and his former team-mate encapsulates that notion emphatically.

For all his tricks, his Champions League-winning volleys and his complex personality, Zidane could do the simple things better than anyone else.

He brushes off Kaka with ease, juggles the ball before finding one of his back four so Les Bleus can go on the attack once more. Clive Tyldesley gushes: “Here is the mystical Zidane, the magical Zidane.”

Watching Zidane at full flight remains like no other sight in football. It’s something like a cross between Cristiano Ronaldo and Dimitar Berbatov, with his powerful physique married with a languid, graceful style.

It’s coming up to half-time now and Zizou is in full control of the game, a puppet master deciding where the other 21 players go and what they do.

Leaving two Brazilians on the floor, he attracts a third before releasing the onrushing Patrick Vieira, who doesn’t have to break stride to receive the ball, into space.

With the defence now split, Juan has no option but to scythe the midfielder down. All it took was one player to create complete havoc.

The giddy schoolchildren finally get to meet, and, unsurprisingly, it’s Zidane who literally gets one over his mate as the crowd now cheer his every touch.

Was it at this point the lucky bastards realised they had the honour of witnessing the stuff of legend?

The glare is back now as Zidane approaches to take a free-kick wide on the left flank.

As the ball gets whipped in, the Brazil defenders are all attracted to the front post, while Roberto Carlos is distracted by his own socks.

But the delivery is perfect. Just look where Thierry Henry volleys it from. Dida is left with no chance.

Of the 51 goals Henry scored for France, this was the only one directly assisted by Zidane.

Only a man in complete control of his craft can find the time to pirouette in the middle of the pitch during a World Cup quarter-final against the reigning champions.

What comes before is equally impressive as Zidane drifts around the pitch, the ball never going further than two passes before returning to its master’s feet. He drops deep, drifts left, comes back inside.

In the meantime, the Brazil midfield is lost. Many are stood still, just watching on, looking like they’ve entered The Matrix for the very first time.

There’s still about 25 minutes left to play, but this is Zidane’s night – the conductor controlling the orchestra to play whatever tune he fancies.

How do you stop a man in golden boots? Is it possible? “Please don’t give up the game,” begs Tyldesley

During the World Cup, France boss Raymond Domenech said: “I think he’s playing like this precisely because he is retiring. He can play with freedom and expression because he knows every game could be his last.”

Zidane’s back to playground mode now, teaching Brazil how to play the beautiful game with the swagger and outrageousness they used to call their own. This was not Zizou’s final match, but it was his match in every sense.