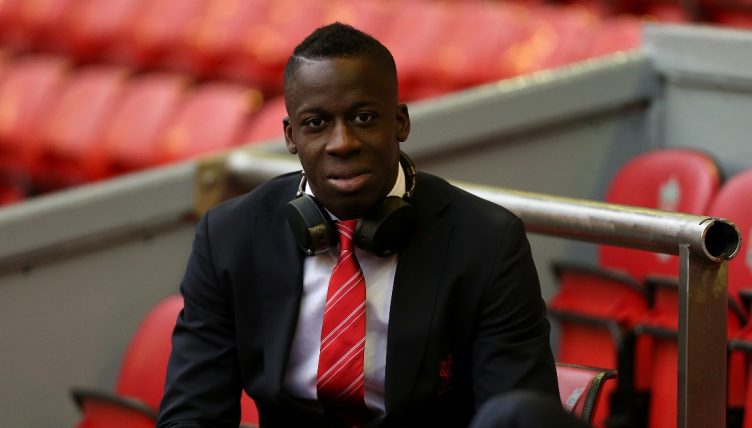 Jurgen Klopp’s transformation of Liverpool into Premier League, European and world champions was quite the story, but never mind the Unbearables, it’s Aly Cissokho’s season on loan at Anfield that needs a movie first.

Aside from the odd nightmare period when they’re so bad that all we have left is gallows humour, there aren’t many times when we can laugh about the football clubs we support. For the most part, them being a bit shit just makes us supporters angry.

But when you’ve just won your first league title in 30 years, to add to the European and world titles already in the cabinet, you can definitely afford yourself a smile about some of the absolute dross you had to watch on the long journey to success.

So seven years on from a season of heartache, of Stevie’s slip, Crystanbul and missing out on the title by two bastard points, Liverpool fans can finally look back at that 2013-14 campaign and have a good old laugh about the comedy character that was Aly Cissokho.

Now, clearly, Cissokho isn’t terrible. He played for Porto, Lyon and Valencia before joining Liverpool and was even capped by France, albeit only once. Even judging him solely on his time at Anfield it’s unlikely he’d make many fans’ lists of the worst players they’ve seen turn out for the club.

But in an otherwise pretty exceptional season, Cissokho’s 19 appearances in 2013-14 stood out like an actor auditioning for a lead in a slapstick comedy. He was proper shit.

And while the movie sadly hasn’t (yet) been made, we can at least enjoy his showreel courtesy of this sensational video from 2014.

It’s hard to pick our favourite part of it, but the captions are undoubtedly what make it so brilliant. ‘Strength. Power. Determination. Loan Deal’ is a definite highlight.

Then there is his shot in the return game against Villa at 1m18s. It’s up there with the worst attempts to score any player has ever had. Watch out for the fans’ reactions behind the goal. It makes it.

Seriously, Villa, you can’t say the warning signs weren’t there.

But Cissokho must have done something right to keep getting picked by Rodgers, and the video picks out his ‘world-class assist’ for Luis Suarez against West Brom that we’ve previously described on these pages: ‘What was the cross from Aly Cissokho about? It’s not exactly convention to send in crosses to the edge of the box at head height. Was this just him being a bit shit, scared of the impending tackle, or was he already aware of Suarez’s new superhuman ability and knew he could finish from there? Either answer is possible.’

The assist is followed on the video by another cross from the same game which would suggest, just maybe, there was a little luck involved in him picking out Suarez as he did.

Then, two minutes in, comes the coup de grace of Cissoko’s season: his goal against Stoke.

Well, we say his goal, but it’d probably be remiss not to point out his shot was heading about 12 yards wide before taking a wild deflection. Though you wouldn’t guess it from his celebration.