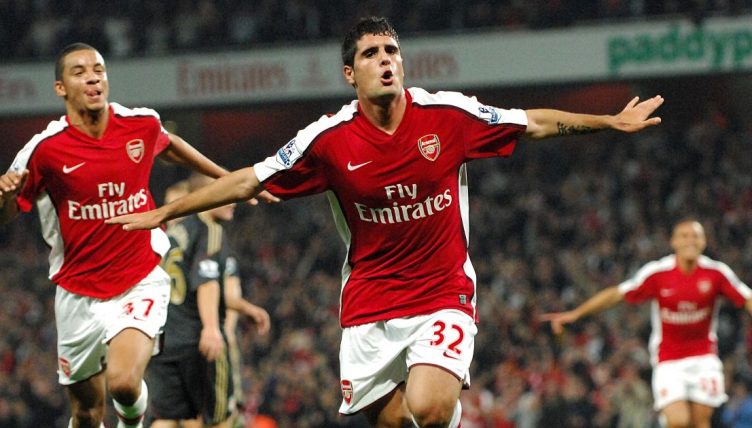 There have been plenty of Arsenal youngsters who burned brightly before fizzling out, but few looked as likely to thrive as Fran Merida.

Back in the late aughts, the League Cup wasn’t a place for experimentation for everyone, but for Arsenal that was very much the case.

Arsene Wenger used the competition not just to give academy players minutes, but to give them minutes when it mattered. Jack Wilshere started a quarter-final at 17. Nicklas Bendtner had just turned 20 when he took to the field as the Gunners’ striker in a semi. Armand Traore was in his teens when he started the final in 2007.

Throughout that era, fans watched academy stars make the step up and it filled them with belief that these guys could really make it. Perhaps none more so than Fran Merida.

Merida joined the Gunners from La Masia, and the success of another former Barcelona man (well, boy) in Cesc Fabregas meant the bar was set high.

It was raised that bit higher when, at the age of 17, Merida made his first-team debut. No prizes for guessing the competition in question.

By 2009, after some time away on loan at Real Sociedad, the Spaniard had a big year ahead of him, and Wenger knew that year would be in north London.

“We educate the players and then they play for somebody else and that I find a little bit too generous, especially when you have worked with them for years,” the manager said, in words which would end up being prophetic not just for the youngster in question.

If you ask an Arsenal fan of a certain age about Merida, you’ll likely get one of two answers.

Some will be vague in their nostalgia, recalling a youngster who showed some lovely touches but who they haven’t thought much about since he left England.

Others, though, will point to his goal for the Gunners against Liverpool in 2009. 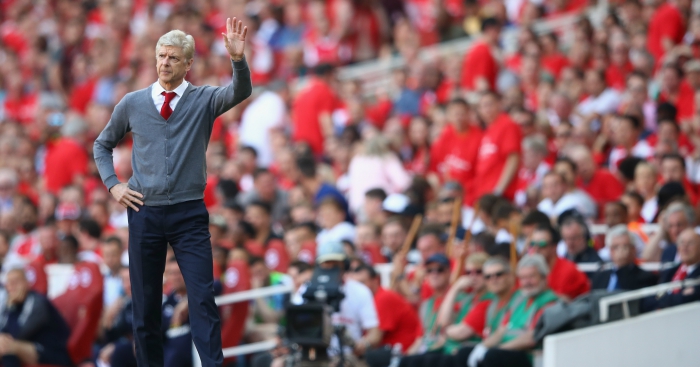 READ: Looking through all 126 Arsene Wenger signings to find his perfect player

It’s the kind of strike which belongs in that particular competition: scrappy build-up – in this case Kerrea Gilbert chasing down a loose pass from Liverpool’s Andriy Voronin – which turns into a stunning goal before you’ve even set yourself for a shot.

Even back then, as a 19-year-old, Merida had the air of the sort of player who knew he was the most talented on the pitch and waited for his colleagues to give things a try before deciding it was time to take over.

Was he truly the most talented guy there? Well, sometimes when you believe you are, the truth is secondary. He could have told goalkeeper Diego Cavalieri where he was going to put the ball and given him a minute to prepare, and he still would have scored.

After the ball hits the back of the net, there’s the slightest of glances from Merida towards the near touchline.

He’s unlikely to be peering toward the officials for fear of an offside flag being raised. Instead, it feels more akin to a kid shouting towards their parent as they’re about to dive off the top board.

Or, in Merida’s case, after the perfect somersault, just to make sure they were watching. He could do it again, if they wanted him to, but once was probably enough.

The Barcelona-born youngster had a hand in the second goal as well, starting a counter-attack with a smart backheel and playing the ball in from the left for Bendtner to seal victory.

It looked like the future was very bright for Merida, not least when he added his first Premier League goal a few months later, but then he reached a crossroads which would determine his path for the next few years.

When his contract ran out in 2010, he was 20 and at a stage where perhaps he felt he deserved to play more. All of his Premier League games up to that point had been as a substitute, and things would be different at Atletico Madrid where Quique Sanchez Flores was building something big.

Atleti had won the previous season’s Europa League, and in Sergio Aguero and Diego Forlan they had the kind of attacking partnership which any creative player would have loved to supply. Merida went there expecting more game-time, too, but it didn’t quite work out that way.

Sanchez Flores left in 2011, and his replacement Gregorio Manzano opted to send Merida on loan to Braga. When he returned midway through the season, the manager had been replaced and there was one fewer spot to fill, with Arda Turan stepping up after joining from Galatasaray.

There was no future for Merida under Diego Simeone, and he took a few years and a few underwhelming moves – including a short spell in Brazil – before learning it wasn’t too late to rebuild.

In a 2015 interview, Merida admitted he was impatient at Arsenal, though the emergence of a teenage Wilshere suggests a path to the first team might not have been a guarantee.

“I left Arsenal because I thought Atletico was going to be the best place for me, but that didn’t turn out to be true,” he admitted. Now, though, after years and years on the road, he is finally back in the city of his birth, joining Espanyol after yo-yoing between the top two tiers as an Osasuna player.

Upon joining Espanyol in 2020, he described the Catalan club as his first choice upon leaving Osasuna, and he has already made an impact.

When he moved back home, the club were chasing promotion back to La Liga after a tough season in 2019-20 and the loss of young talent Marc Roca. It wasn’t going to be easy, but Vicente Moreno’s team clinched the title, with Merida playing 39 games in all competitions.

Nearly 12 years have passed since that goal against Liverpool, and a lot has changed. Next up for Espanyol is a clash with Atleti, still managed by the man in charge when Merida left the Spanish capital. What an opportunity to show Simeone it’s not over until it’s over.