Frank Lampard at Man City: A perfect purple patch from out of the blue 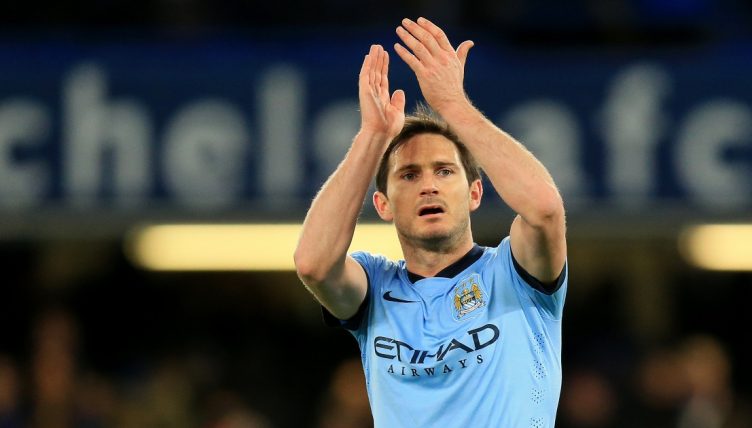 When Frank Lampard left Chelsea for Manchester City at the age of 36 in 2014, few expected the England international to be anything more than an ambassador. He was much more than that.

In the Sheikh Mansour era, Man City’s record with free transfers has been nothing short of erratic.

Unsurprisingly, none had a profound impact on the pitch. In fact, the only important consequence of those deals was Vieira’s conversion to a ‘Football Development Executive’ upon hanging up his boots.

But if an ageing Vieira had seemed like an odd signing, the Frenchman’s retirement coincided with an even stranger piece of Bosman business.

After barely kicking a ball for three whole seasons, former England and Manchester United midfielder Owen Hargreaves found himself with a Man City deal at the start of the 2011-12 season.

Nobody could get their head around it: some suspected the move was intended to irritate United, while City boss Roberto Mancini suggested it was more to do with Financial Fair Play.

Either way, the 30-year-old would make just four appearances in his single year at City, never to play again.

In many ways, City’s signing of Frank Lampard in 2014 had parallels with the Hargreaves move.

Both players — each a former England midfielder — were signed from a top-level Premier League rival, and both, significantly, had suffered apparent mistreatment from their previous clubs (at Manchester United and Chelsea, respectively).

Both clearly had something to prove.

The only obvious difference between the two deals was their level of opacity: few teams had been interested in the unattached Hargreaves, while Lampard ended up in a contractual tangle between two interconnected clubs.

Before getting into the details of the transfer, however, it’s worth remembering that Lampard’s final season at Chelsea had been a strange one.

While the return of Jose Mourinho in 2013 appeared to herald playing opportunities for the old guard, Lampard was used more sparingly throughout 2013-14 than other survivors of the early Abramovich era.

While John Terry and Petr Cech each clocked up over 3,000 minutes of Premier League game time, Lampard played just 1,701.

Just as he would do with Wayne Rooney in 2016-17, Mourinho had quietly and expertly phased a legend out of the first-team picture.

Lampard’s departure was confirmed shortly before the start of the 2014 World Cup, denying the midfielder a reunion with the returning Didier Drogba.

Super Frank’s arrival at Man City was mired in confusion. On July 24, the midfielder had announced his intention to sign for newly formed MLS side New York City F.C.

But with that club’s debut campaign not due to start until March 2015, Lampard’s immediate plans were unknown.

Less than two weeks later, New York City announced that their marquee signing would be joining Manchester City on loan — a claim that, confusingly, turned out to be wholly untrue, as Lampard was not yet owned by the American club and had actually signed a short-term contract in Manchester.

With Lampard now 36 years old, few expected the midfielder to feature much for the reigning champions.

Even City boss Manuel Pellegrini tried to dampen expectations: “[Lampard] will fight for his position,” he said. “He knows we have a very good team. We have a lot of players in his position; he is one player more.”

The message was clear: Lampard would be filling space on the bench, replacing the departing Gareth Barry and Jack Rodwell, not competing for a starting spot ahead of Yaya Toure, David Silva and Fernandinho.

Yet despite those managerial reservations, despite the murkiness of the transfer and despite the weirdness of seeing Lampard in sky blue, the Englishman’s spell at Man City got off to a flying start.

On September 21, 2014, in his second appearance for the club, he made a cameo appearance from the bench, scoring a diving volley to salvage a 1-1 draw.

The opponent in that match? None other than Mourinho’s Chelsea.

“I am a little lost for words,” Lampard said after the match. “I didn’t expect to come on and score like that.

“I came on and the Chelsea fans were singing, and that’s emotional. Then I am playing for this club, who have taken me in brilliantly as well, so I am really stuck in the middle here.”

But that dramatic moment was just the beginning of a strangely successful season for the 36-year-old.

Unlike Hargreaves, who scored a memorable goal on his City debut before heading back to the treatment room, Lampard went from strength to strength.

He scored a brace and provided two assists in his very next game — a League Cup fixture against Sheffield Wednesday — and added another against Hull in the next league match.

He was named City’s player of the month for September, and in mid-October the evergreen midfielder provided two assists from the bench in a 4-1 hammering of Tottenham.

Although Lampard rarely started games — 22 of his 32 league appearances came from the bench — that part-time role was conducive to good performances and, crucially, goals.

The midfielder finished the season with six in the Premier League, scoring every 165 minutes. That hit rate significantly bettered his final year at Chelsea, in which he scored a goal every 284 minutes.

In essence, Lampard contributed far more than anybody had expected him to.

Although his smattering of late appearances only added up to 989 minutes in the league, he made as many appearances as David Silva and, surprisingly, three more than Yaya Toure.

Whatever the initial motivations behind the transfer, City getting Lampard for free proved shrewd business.

There was, however, one black mark on Lampard’s single season at Man City.

With 79 points at the end of the Premier League season, City finished second, a whole eight points behind the eventual winner.

That winner was, of course, Chelsea, the club that had considered Lampard too old to do the business.

Was he? Clearly not, but regardless of that headline-grabbing volley in September, Chelsea were vindicated in letting their talisman go: Cesc Fabregas and Nemanja Matic enjoyed great seasons in central midfield, and Lampard, for all his symbolic value, would have been redundant. 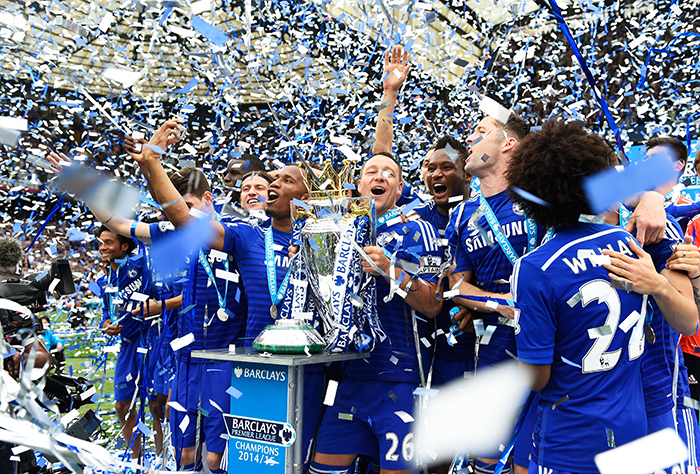 Yet while Lampard failed to collect any silverware at Man City, his surprising coda at the Etihad should go down as a significant achievement in his career.

After Chelsea exile and international retirement, Lampard had all been written off — another fading star heading for the semi-retirement of MLS.

But by taking on one final challenge in the Premier League — and a massive one at that — Lampard managed to squeeze out every drop of his considerable talents. (And that’s to say nothing of his equally impressive spell at New York City).

However weird he looked in sky blue, that year at Man City was a huge success.