From near-greatness to full disaster: How Houllier’s Liverpool lost the plot 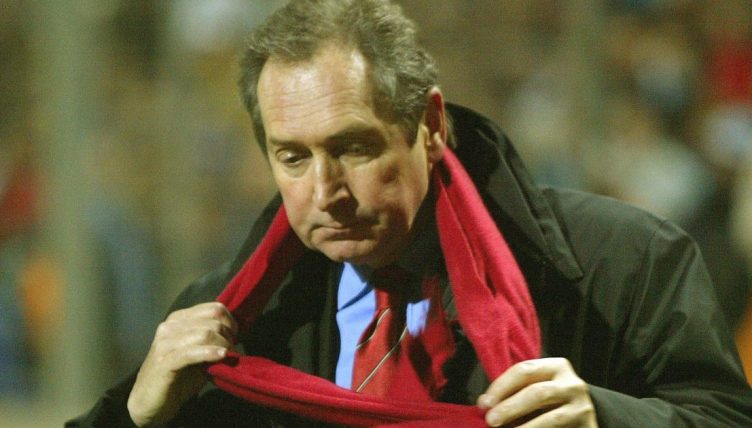 When Gerard Houllier returned to the Anfield hot seat in March 2002, five months after emergency heart surgery, the Kop roared their approval as Liverpool lapped up their first year of Champions League nights.

It was the last game of the second group stage and Roma were the visitors enslaved by an atmosphere that would have trumped the 60,000 in the Colosseum. The Reds prevailed by the two goals needed to qualify for the last eight.

Gaunt-looking but game for this critical period, the Frenchman became unfettered with his public statements.

They didn’t win either, succumbing to a Michael Ballack inspired Bayer Leverkusen in the quarter-finals of UEFA’s premier competition. However, they took 40 points from the last 45 in the league, finishing just a couple of wins behind Arsenal. Things were progressing after the giddy heights of their 2001 cup treble.

After the campaign of consolidation in 2001-02, the 2002-03 season was one of huge expectations. Liverpool came flying out of the blocks statistically with nine wins and no defeats from the first 12, although some wobbly 2-2 draws would be an indicator that something wasn’t quite ticking.

They approached Steve McClaren’s Middlesbrough with an unlucky-13th kind of trepidation, deploying Emile Heskey on the left and putting an isolated Michael Owen up front. Gareth Southgate claimed the winner late on as the visitors paid for their lack of adventure.

It was the start of a horrific slump that showed up the software errors in the squad assembled during the summer.

Days after the rancid Riverside performance, the Reds travelled to Basel in a must-win final group game in the UCL. They were three down within half an hour, reduced to a total rabble by the livewire Swiss who had prepared meticulously in the Black Forest with videos, lectures and team bonding.

Despite fighting back to 3-3, a scoreline that would become a Liverpool trademark three (and four) years later, they crashed out of the tournament. 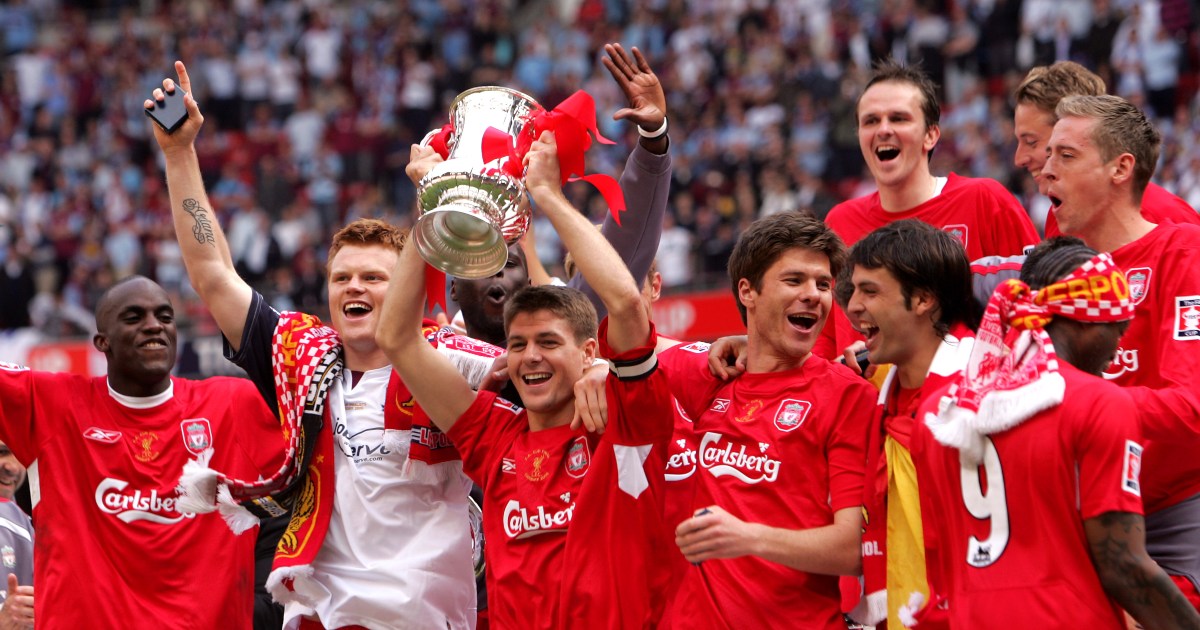 READ: Where are they now? The Liverpool team that won the 2006 FA Cup final

At half-time, Houllier had brought on Senegalese Salif Diao, a steady but unspectacular signing off the back of the 2002 World Cup, to replace the ineffective Steven Gerrard.

Gerrard would later reveal that Diao and his flashier compatriot, the temperamental forward El Hadji-Diouf, a £10million signing from Lens, were never of the required Liverpool standard. “The players Gerard bought in the summer of 2002 let him down. They were bad buys,” insisted the Reds’ No.8.

Diao hurriedly declared he was not the new Patrick Vieira to dampen his manager’s protestations. The lesser-spotted Bruno Cheyrou, purchased from Lille, was also given the big intro by his new boss: “Bruno has the same kind of touch and style that Zidane has.”

Yet Cheyrou was as useful as Clouseau. The mistakes and foot-in-mouth misjudgements were accumulating under the once sure-footed Houllier.

Jamie Carragher could see it all coming: “I arrived for pre-season training anticipating my first view of the players who’d turn us into title winners,” he wrote in his autobiography Carra. “I returned home the same evening in a state of depression.”

Tactically, Liverpool were in stasis. By the midway point, the spine of the team’s previously miserly defence of Dudek, Carragher, Stephane Henchoz, Sami Hyypia and John Arne Riise had barely played together. Michael Owen had five different strike partners ranging from an out-of-touch Emile Heskey to the erratic Milan Baros.

The Reds’ football was pedestrian compared to the visionary fluidity of Arsene Wenger and the powerhouse consistency of Manchester United, who won 15 out of 18 games after Christmas to storm to the title.

Liverpool couldn’t buy a win, conceding three at Craven Cottage to 10-man Fulham while Jerzy Dudek’s woeful form caught up with him big time against United when the hapless Diego Forlan pounced on two errors in a 2-1 win at Anfield.

When they lost at The Valley to Charlton and then again at Sunderland. Houllier insisted: “We will find solutions. How on earth are we are leaving this stadium with nothing? This is the worst month I have ever experienced.” There would be a subsequent 30 days of hell too.

By the time Liverpool arrested the slide at the 12th attempt with a scrappy 1-0 win at Southampton in mid-January the BBC headline read “Heskey ends Liverpool torture”. It was the striker’s first goal in 19 matches as a defiant boss dedicated the victory to the fans. 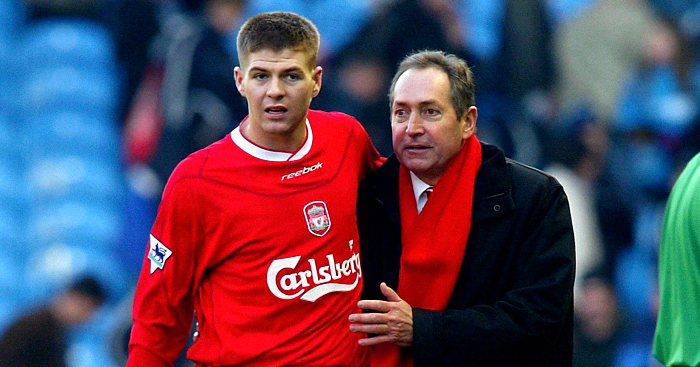 READ: 10 of the best quotes on Gerard Houllier: ‘I absolutely adore that man’

It felt hollow. How had it come to this?

After belatedly putting a late charge of seven victories from eight games together, the season denouement had two more body blows that cost Champions League qualification.

Firstly, the Reds capsized at Anfield against Manchester City, conceding two late goals to an old friend, Nicolas Anelka, whose loan deal at Anfield the previous season was not made permanent when Houllier favoured the disruptive and ineffective Diouf instead.

Nothing like poetic justice meted out in the 93rd minute to remind the locals of what quality looked like.

In the summer of 2002, Liverpool decided to sign El Hadji Diouf instead of making Nicolas Anelka's loan permanent.

Ten months later, Anelka returned to Anfield with Manchester City and made the Reds regret it.pic.twitter.com/3YGlKEgpIC

Chelsea, on the cusp of being bought by a chap named Roman Abramovich, claimed the spoils on the last day in a straight fight for fourth as a seething Gerrard was sent off late on at Stamford Bridge.

Despite the temporary emollient of a League Cup final win over United, Liverpool were left further behind by new money, sterile football and a dreadful summer window that knocked them out of the ballpark.

An increasingly sour and defensive Houllier was gone at the end of the following campaign when Liverpool did manage to scramble fourth, a whole 30 points behind Arsenal’s Invincibles.

The Frenchman had revolutionised the club, but football had overtaken him, seemingly in the five months he was sidelined before that Roma game.

A year after his sacking, Houllier was in Istanbul for a night to remember: “When I came into the changing room in Istanbul… some of the players said: Boss it’s your team.’