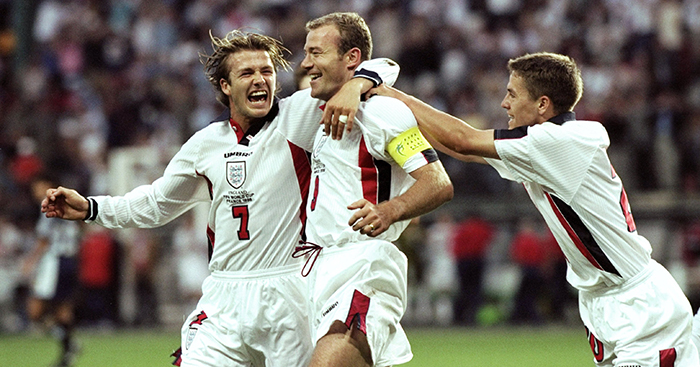 England reached the World Cup semi-finals for the first time since 1990 in the summer – but Glenn Hoddle believes his team could have gone one better in 1998 had they beaten Argentina.

Hoddle took over as England manager from Terry Venables after Euro 96 and successfully steered the team to the World Cup finals in France following their failure four years earlier.

England topped their qualifying group ahead of 1994 runners-up Italy courtesy of a 0-0 draw in Rome in the final game, and Hoddle still believes the squad was good enough to have gone all the way.

As it was, however, they only progressed from the group stage as runners-up and were knocked out on penalties in their next game by Argentina after a dramatic 2-2 draw featuring Michael Owen’s wonder goal, David Beckham’s sending-off for kicking Diego Simeone, and a disallowed Sol Campbell goal at the end of normal time which would surely have sent England through.

“The highlight was probably the night we qualified by drawing against Italy in Rome,” Hoddle says. “It was a wonderful moment for everyone who had worked so hard to get to that moment.

“The big thing you don’t want on your record as an England manager is a failure to qualify for the World Cup. We had missed out in the 1994 finals so had to be there for France.

“The feeling when the final whistle went was very special. A huge sense of joy and relief all rolled into one.

“I remember getting into a little huddle with the staff and it was a special moment. A lot of hard work went into that and it was not for me, but you feel you are doing it for the country when you are representing England. 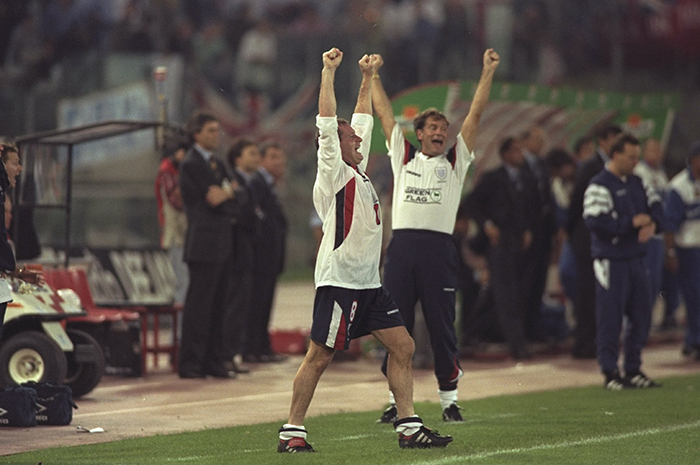 “It was a wonderful group of players. We had youth, experience, a wonderful mix in there, and I honestly feel that if we had got through the Argentina game, we could have gone on to win that World Cup.

“We had experienced defenders who gave us a good base, a young Michael Owen who was just breaking through and making a big impact, and players like Paul Ince and Alan Shearer around the squad to guide some of the younger players.

“It was a great squad with real quality and the performance we put in against Argentina highlighted the quality we had there.

“To be down to 10 men for as long as we were and lose in the manner we did was tough to take. It was an incredible performance on the night and we felt like we had won it when Sol Campbell had his goal disallowed, but it wasn’t to be.

“There were so many highs and lows on the night and the emotion was there at the end. You feel pride in the performance and incredible disappointment at the result. It takes a while to get over something like that.” 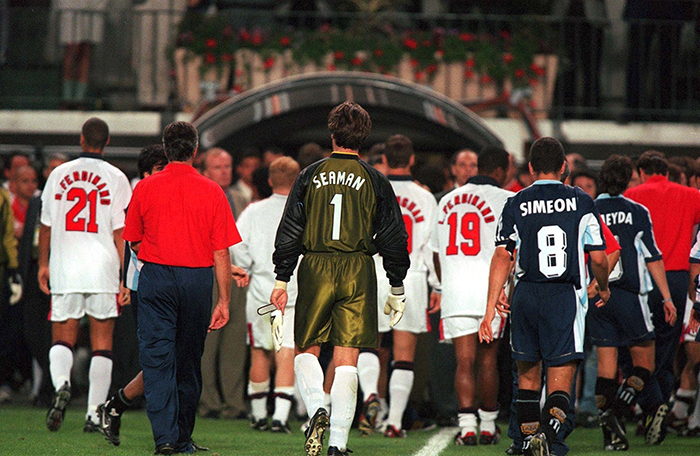 Hoddle is regularly spoken about in glowing terms by players he coached, but he has not managed since leaving Wolverhampton Wanderers in 2006 and doesn’t anticipate returning to the coalface again.

Hoddle, who says it’s “not for me to say” whether he gets the credit he deserves as a coach, adds: “I enjoyed working with players and maybe I could have been in the game a little longer, but it wasn’t to be.

“Now I am enjoying my work in television and I’m not really looking to get back in unless something comes up that you cannot say no to.

“There have been a few situations in the last few years where I was close to taking on a challenge, but it never quite worked out.

‘I’d love to have played now’

Hoddle, of course, was also a wonderful player in his day and believes he may have won more caps for a nation other than England.

He also can’t help but wonder what he could have achieved in the modern era of pristine pitches and stricter refereeing.

“It was so hard to be a creative player in the era I played,” he says. “It was so difficult to pass the ball and play through the middle on the pitches we used to play on so every team played 4-4-2 and went with direct balls that bypassed the midfield.

“Also, someone could kick you three or four times before he got a booking, so you have to find a way to overcome all of that.

“I would love to have played now, with these beautiful pitches, when players are barely allowed to tackle any more. I’d love to have seen what I could do in this era. 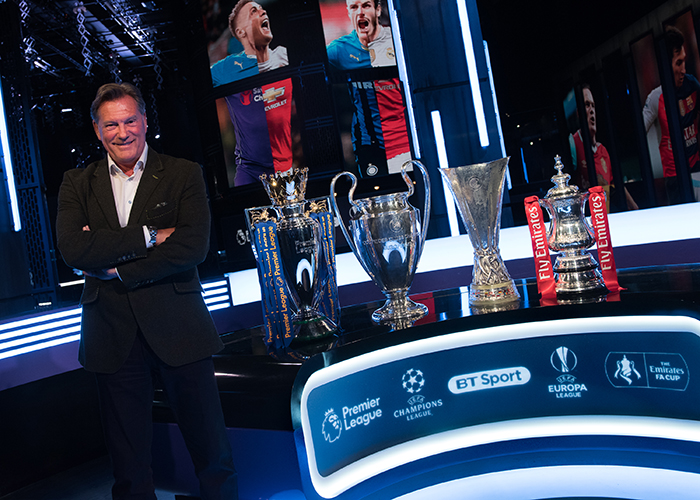 “I am very proud of the 53 caps I got. Could there have been more? Maybe, but someone who played the way I did was not always what the England team were looking for at that time.

“There was this idea at the time that I was a luxury player, that I was a risk to have in the team, and that was frustrating at times.

“If I was born in another country, maybe I would have got more caps, but to have got to the point of playing for England was still a wonderful achievement.

“Your England debut is something special and that will always be the standout moment in my international career, for sure.

“I scored on my debut and I always remember  I didn’t know what to do. I didn’t score too many goals so there was no great celebration planned and I just jumped up and tried to enjoy the moment.

“With your family looking on, that is the pinnacle of what you can achieve in the game. It is what dreams are made of, what you always want as a kid.

“Pulling that England shirt on was and always will be the ultimate moment for any player. There is no feeling like it in the world.”

BT Sport are back for another season of Premier League football. Last season’s top six – Manchester City, Manchester United, Tottenham, Liverpool, Chelsea and Arsenal – are all set to feature in August and September.