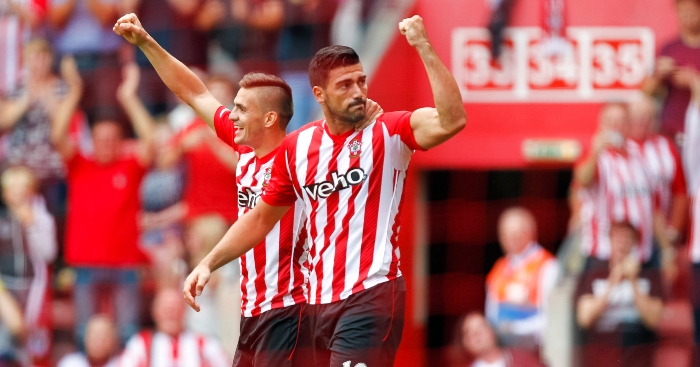 There’s not much worse than feeling overshadowed. Standing there having accomplished something you’re immensely proud of, only to have your feat upstaged and consigned to footnote status, making you wish you’d never bothered.

Spare a thought then for Charlie Austin. Playing for newly-promoted QPR, Austin had just scored a brilliant, improvised equaliser against Southampton that, in any normal circumstances, would have been a sure-fire Goal of the Month winner.

The warm feeling lasted a mere two minutes, however. Going straight up the other end, Southampton’s Graziano Pelle achieved the improbable of making Austin’s strike look like a mere tap-in. Once the ball had nestled in Robert Green’s net, stewards were employed to pick up the jaws of supporters that had collectively dropped to the floor.

Before we describe the strike in more detail, context. Southampton had been a revelation in the 2013-14 season, playing some fine football under Mauricio Pochettino and finishing eighth in the league. Unfortunately, this success merely alerted the piranhas of the Premier League fish tank.

However, they reckoned without the well-run nature of the club. Southampton recruited Ronald Koeman as Pochettino’s successor and the Dutchman was allowed to reinvest the transfer funds back into the team.

Showing the canniness we have come to expect from our European cousins, Koeman bought in the likes of Dusan Tadic, Fraser Forster, Shane Long, Sadio Mane and Ryan Bertrand. The pundits were about to be proven spectacularly wrong. 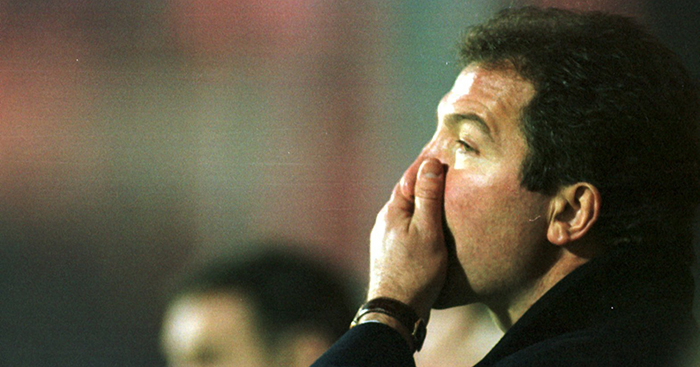 READ: I rewatched Ali Dia’s one Southampton game & realised he wasn’t *that* bad

After a narrow defeat to Liverpool in their opener, Saints won three of their next five games, with Pelle helping himself to three goals. The stage was set for the visit of already struggling QPR to St Mary’s.

The first-half was more one-sided than Mike Tyson fighting a one-armed nun. Mane, making his league debut for Southampton, was a constant menace and Tadic, who hit the post, Pelle and Morgan Schneiderlin all wasted opportunities.

By contrast, QPR were flattered by the nil next to their name. It was almost as if their game-plan was to lure Southampton into believing they were terrible before pinching a goal.

Soon into the second half, Southampton got the goal their play had deserved – a perfectly executed backheel by Mane found the onrushing Bertrand, who drilled a low shot under the helpless Green. Following this, Wanyama and Tadic missed chances to deservedly double the lead.

Game over? Not quite. Like a teenager refusing to do any revision but somehow still scraping a pass, QPR soon found the net. Austin showed outstanding technique to trap Eduardo Vargas’ cross, swivel and crash a volley past Fraser Forster. The odds on that strike not even being considered goal of the day seemed remote.

Southampton were reeling at being pegged back in a game they had dominated. This would have been the time where frustrations started to show and their play to become increasingly ragged, allowing QPR the opportunity of an unlikely win.

Thankfully, Pelle had other ideas.

Seconds after kick-off, substitute Long sent a tame looping cross towards the back post. With no other expectation than keeping the chance alive, Tadic headed the ball high into the air. From these unpromising beginnings, Pelle executed a finish of miraculous quality.

Holding off QPR defender Steven Caulker, Pelle teed himself up facing away from danger. In his next movement, the Italian striker contorted his body as if made from Play-Doh to hook an overhead kick towards goal. His foot was as high as Caulker’s jumping head upon impact.

Time seemed to move slower as the ball arched over the despairing Green and dropped into the left-hand corner of the net. Don’t worry this time, Rob, three goalkeepers wouldn’t have saved that.

After that, there was no way Southampton would be losing the lead again. The Saints went on to win 2-1 and finished the season in seventh place – having spent much of the year in the Champions League qualification spots.

They finish one place higher in 2016 before Koeman left for Everton and the team began to be dismantled once again.

Pelle proved a classy component of this Southampton, top-scoring for the club in 2014-15 with 16 goals in all competitions. After another 14 the season after, Pelle made the surprise decision to move to Chinese club Shandong Luneng – a deal which became less surprising upon the discovery that he became the fifth highest-paid footballer in the world at the time.

Amazingly, his strike didn’t even win Match of the Day’s Goal of the Month award for September 2014 – Angel di Maria’s golf chip effort against Leicester was chosen instead. Despite this, Pelle’s will live long in the memory of all those that witnessed it as a moment of improbable class.

Pelle by name, Pele by nature.