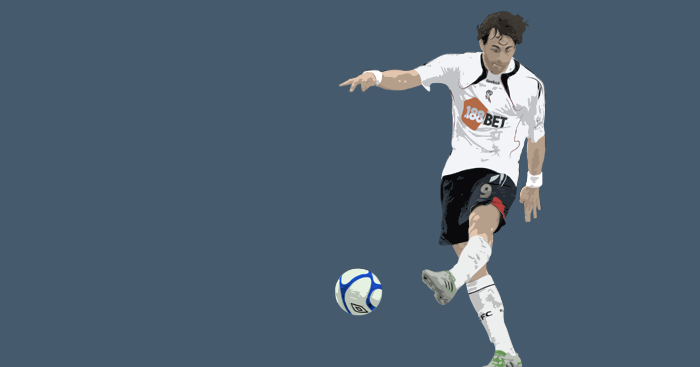 Big Swedish striker scoring an unbelievably skilful goal for his Lancastrian club when they need it the most? Take a seat, Ibrahimovic – this one is all about Johan Elmander, and the time he turned into a footballing Michael Flatley in 2010.

Elmander has enjoyed a far better career than you might realise. He scored only 18 times in 92 appearances for Bolton Wanderers in England between 2008-2011, but he went on to win the league and cup double in Turkey in consecutive seasons at Galatasaray between 2011 and 2013, having previously won the Danish league and cup double with Brøndby in 2004-05.

He even has a UEFA Cup medal to his name having appeared as a substitute for Feyenoord in the 2001-02 final.

The scorer of 20 international goals from an impressive 85 caps for Sweden, Elmander joined Bolton in his prime in 2008 aged 27, for a club-record fee reported to be around £10million.

Back then, Gary Megson was still Wanderers’ manager, and what’s now known as The Macron was still called The Reebok.

Here are some other things that happened in the year of his great goal, 2010: Angry Birds launched, Apple released the first ever iPad, and nobody understood what Inception was about or what the ending of Lost meant.

A volcanic ash cloud ruined over 100,000 flights and prevented Blackburn Rovers from signing Robert Lewandowski, while Spain won the World Cup for the first time, Chelsea did the league and cup double under Carlo Ancelotti, and Jose Mourinho led Inter Milan to the treble, winning the Champions League in a Diego Milito-inspired final against Bayern Munich after doing a legendary job on Barcelona in the semis. 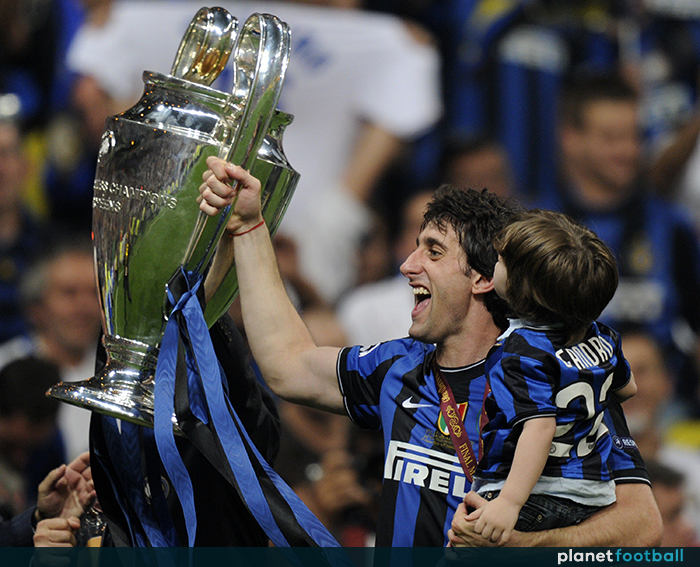 This goal from Elmander, though, might actually be better than all of that combined. It was so good, in fact, that it was voted the greatest Premier League goal of all time in a poll run by The Guardian in 2011.

You can never rule out these polls having been hijacked, of course, but Elmander topped a shortlist of fifty nominees with 27% of the final vote.

Dennis Bergkamp’s famous effort against Newcastle was the only other goal to get more than 10% of the vote but was still some way behind on 19%. Let’s remember what made it so special…

It’s mid-November 2010, Bolton are in the middle of a five-game unbeaten run with three wins and two draws – ultimately just about helping them avoid relegation that season – and a Richard Stearman own goal in the first minute has them 1-0 up at Molineux against a Wolves side who are right down there with them.

Then, in the 62nd minute, Stuart Holden raced on to the ball in the left-hand channel just outside of the penalty area, drawing in two defenders, before squaring to Elmander, who has his back to goal and three defenders surrounding him within touching distance.

He takes one touch with his left foot to bring the ball under control. He takes another on his left to knock it across to his right, before dropping his shoulder and dragging the ball around to come full circle, losing his defensive coverage mid-pirouette.

Using his left to control one last time, he opens his body to increase his shooting angle, passing the ball into the far corner of the goal, beyond the goalkeeper who’s diving full-stretch.

As the ball kisses the inside of the post on its way in, Kevin Davies has already lifted his arms in celebration on the edge of the box.

Quite possibly the five finest touches Johan Elmander has ever taken in his career, nothing quite illustrates the magic of his finish like the image of seven Wolves defenders all looking back at their goal in complete stillness, while their goalkeeper is laid on the floor trying to process what’s just happened in front of him. If you’ve ever wondered why we call it the beautiful game – this is it.