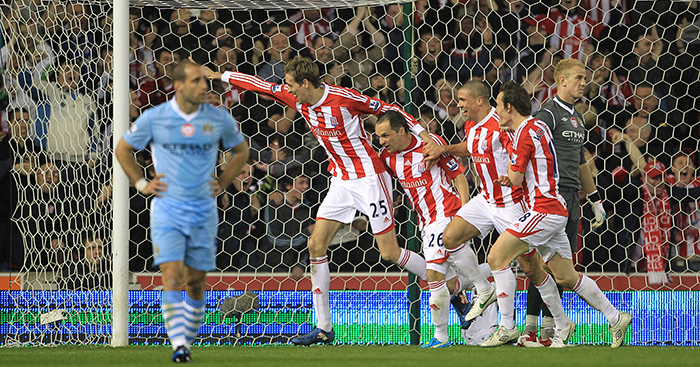 On March 24, 2012, Peter Crouch scored a goal for Stoke City against Manchester City that few players in the world could hope to pull off.

Let’s get it out in the open good and early: Peter Crouch is funny to look at.

With the height of a mid-sized forward in the NBA and the body fat of a prima ballerina, the sight of Crouch on the football field has always been somewhat jarring.

But while his movement is awkward, his understanding of the game and ability on the ball is excellent. It’s a bit like seeing a dog who can skateboard: at once you’re thinking “that’s not right” and “how amazing is this?”

However, a one-in-two goalscorer at international level over a five-year stretch, Crouch has scored more than 200 career goals at club level, which is nothing to be sniffed at. 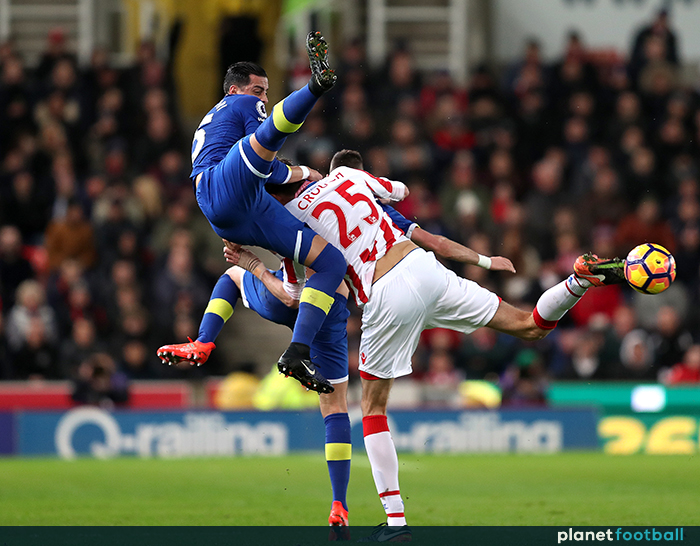 A First Division league winner with Norwich in 2003-04, Crouch’s only other career honours came during his spell at Liverpool, with an FA Cup and Community Shield making up the remainder of his medal cabinet, though he also played in the 2007 Champions League final.

But his career has been far more about moments than medals, and that’s no bad thing.

Still loved by many a Tottenham fan, his goals at Manchester City to secure Champions League football for the club for the very first time and then his finish at AC Milan in the round of 16 are among supporters’ fondest memories. 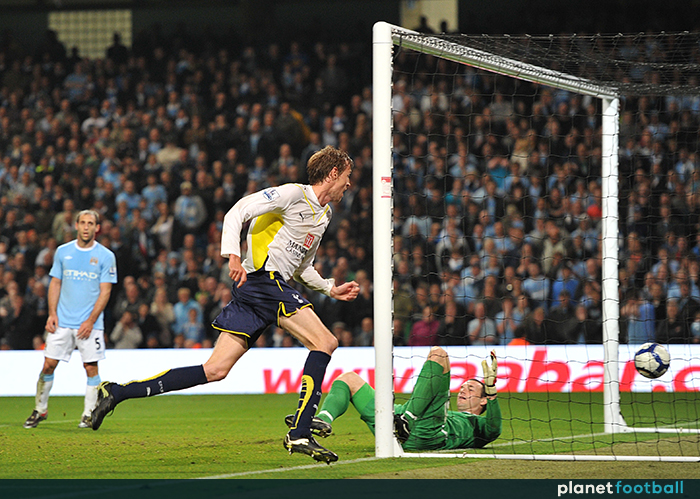 Liverpool fans, too, will remember his perfect hat-trick against Arsenal, and the scissored volleys against Galatasaray and Bolton, while fans of Southampton and Portsmouth will have their own stories of one of football’s most lovable players.

Truth be told, Peter Crouch plays like a man who doesn’t know how tall he is. All arms and legs, the fact he’s even attempted to connect with a flying volley – never mind execute several of them perfectly – is strange enough on its own.

His body doesn’t belong horizontally in the air, and his awkward posture doesn’t naturally lend itself to feats of athleticism, but here we are regardless, counting off the many ways in which he’s proven us wrong down the years.

Having moved to Stoke on deadline day in 2011, many assumed he’d have one or two good years left in him before either retiring or dropping back down the divisions, but he’s made more appearances for the Potters than any other club.

He can add longevity to the list of things people had assumed were beyond him – like sitting in a normal-sized bath, finding trousers that fit properly off the rack, and being able to limbo dance. 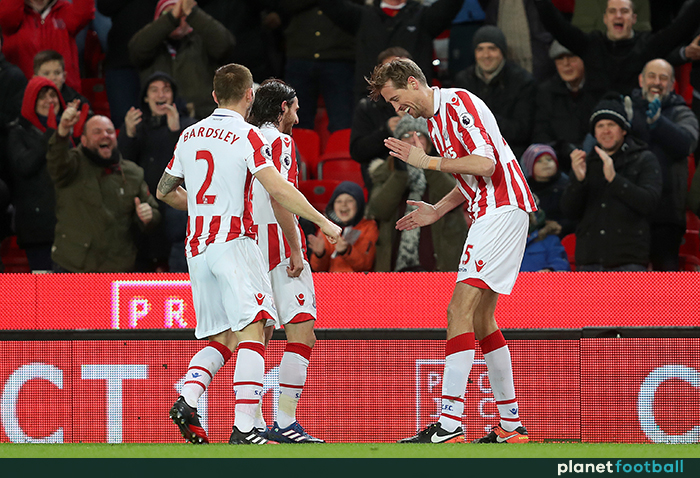 The goal we’re going to concentrate on, an effort from Pulis-era Stoke in 2012, comes at a time where Gangnam Style was a thing, The Walking Dead was still watchable and the world had yet to hear Martin Tyler screaming “Aguero!” like he’d just watched him murder his wife.

From the moment the goalkeeper launches the ball from the edge of his own area to the moment it eventually hits the back of the net, it doesn’t touch the grass once – it’s like Pulis had dreamt it and somehow that vision had become reality.

Asmir Begovic finds Crouch with that big kick forward and, having stooped down to spoon a header across, he gets a return from Jermaine Pennant, who you’d forgotten existed until you just read his name right now.

Facing towards the corner flag in the right-hand corner, Crouch takes an uncomfortable looking touch with his instep at around waist height to control the ball, before striking the ball back across himself blind, with his entire body momentarily off the ground at the moment of contact.

More like a special move on FIFA Street than an actual shot, the flight of the ball goes perfectly over the head of Joe Hart and straight in to the far corner, with nobody quite sure what they’ve just seen is real.

Where were you when @petercrouch scored 'that' volley in 2012?! Visit https://t.co/rmFj2yVgBv and get his views on that day and that goal! pic.twitter.com/MnDqhyqRWn

Let’s just recap: a man with a body too big for his own good has taken a no-look shot on the volley against the eventual champions and hit the side netting right where you’d want to, without even looking like he’s had to try all that hard.

It’s the most lethal thing to fly in to the box from distance in Stoke since the days of Rory Delap’s towel-assisted throw-ins.

There are players with more silverware, players with better records, players that look much more like footballers than Peter Crouch, but have they ever scored the goal of the season without even looking? Probably not.