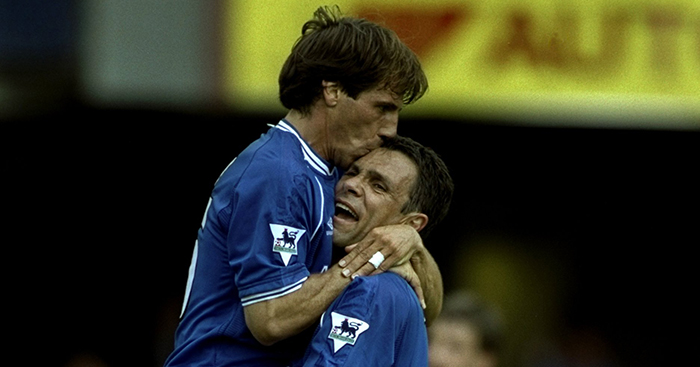 Gus Poyet scored a lot of great goals for Chelsea, but in August 1999 he scored the best of all against Sunderland. Although, typically, Gianfranco Zola kind of stole the show.

Opening days of the season, just like final days, are often home to the bizarre, so much so that we might as well treat them as standalone events with little bearing on either the Premier League or football in general.

In 2011, Blackpool thumped Wigan Athletic 4-0 away from home, with Marlon Harewood running the show, but the Seasiders were ultimately relegated while the Latics stayed afloat – and Harewood ended the campaign on loan at Barnsley.

In 1996 a Fabrizio Ravanelli hat-trick was the start of something great for Middlesbrough, but nine months later they were dropping down to the second tier.

And in August 1999, Gianluca Vialli’s Chelsea were tipped as title contenders, thanks in no small part to an opening-day victory highlighted by the sort of goal you only normally see on adverts. Yet Vialli’s men did not even end up making the top four.

Back in the mid-90s, we weren’t exactly accustomed to South American footballers in the Premier League.

The number of players from the continent to appear in the competition was still in single figures, with Juninho and Faustino Asprilla the highest-profile, and not a single South American had turned out for any of the Premier League’s London clubs until Gustavo Poyet arrived at Chelsea in the summer of 1997.

The make-up of the division had changed greatly by the time he left the club in 2001, but while Poyet was no longer a novelty by then, he made his mark with 49 goals in the intervening years.

One of which was very special indeed.

For what might be the only time ever, you couldn’t dismiss this goal with the usual get-out of “come on, it’s only Sunderland”.

This was the season in which Kevin Phillips won the Premier League Golden Boot and the Black Cats finished seventh in the league, their highest placing in Poyet’s lifetime and comfortably higher than the 14th place to which he led the club in his spell as manager.

Yet the goal he scored in August 1999, his second of the game, felt more like the sort of strike you’d see from league champions rounding off their season against an already-relegated opponent.

The goal broken down

First, we have the ball over the top.

In 1999 we were still at the stage of not entirely trusting defenders with their distribution, but even back then it was possible to tell the difference between a hopeful punt and a pass from deep. This was undoubtedly the latter.

Having said that, when you have Gianfranco Zola to aim at, can any ball really be called hopeful? Sure, Sunderland had men tracking the Italian, but they were mostly just for show – the ball was always destined to come under Zola’s spell

There were times at which the forward seemed to be playing a different game to the other 21 men on the pitch, and this was just a case of the ball arriving at his feet after little more than a saunter, with the opposition players knowing it would be harder for him to humiliate them if they kept their distance.

Tore Andre Flo was in support, coming short to receive, but in doing so he was making an unconscious decoy run he wouldn’t be able to identify until the ball was over his head.

It’s hard to think of too many goals in history where the flying scissor-volley isn’t the best part, but rules were made to be broken.

That’s right, Gus, I’m showing you up on your big day, but I’m sure you’ll understand. I mean, you effectively said as much yourself. 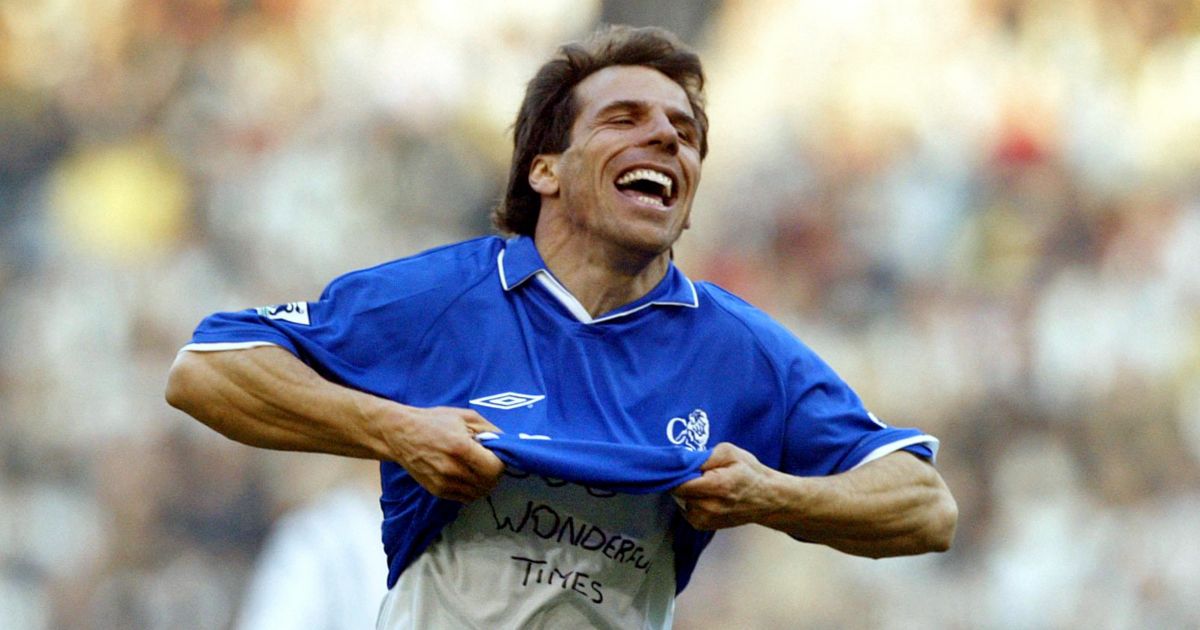 READ: A tribute to the wonderful Gianfranco Zola and his bargain move to Chelsea

“The only thing I know is Gianfranco Zola had the chance to pass it to me outside the box, but he showed me the way,” Poyet recalled in a 2015 interview.

“[It was] like saying don’t worry, just run, the ball is going to drop in front of you and then it’s up to you.”

Only the most special talents can see passes that aren’t even on the map, but look at who you’re dealing with here. Zola was a player capable of making his own team-mates better, even midfielders as talented and relatively prolific as Poyet.

As for the finish itself? The patience and precision of the build-up deserved – nay, needed something so emphatic, which makes Poyet’s own confusion all the more beautiful

“It happened for some reason – no explanation.”

It’s as if Poyet had a temporary out-of-body experience, with someone else – Zola’s mind, perhaps – controlling his movements as he drove forward to reach a pass others won’t have even registered was being planned.

Sure, players will occasionally attempt over-elaborate volleys in training sessions, but those are shots to nothing, performed in the knowledge that if and when the moment arrives in an actual game it will more than likely be easier to just go for the simple finish.

We can only hope Poyet was only so seemingly unenthused when describing the goal in the interview above because he knew he was about to lose his job at the Stadium of Light.

Because, honestly, if you’d scored a goal like that you should want to talk about that and nothing else for the rest of your life.