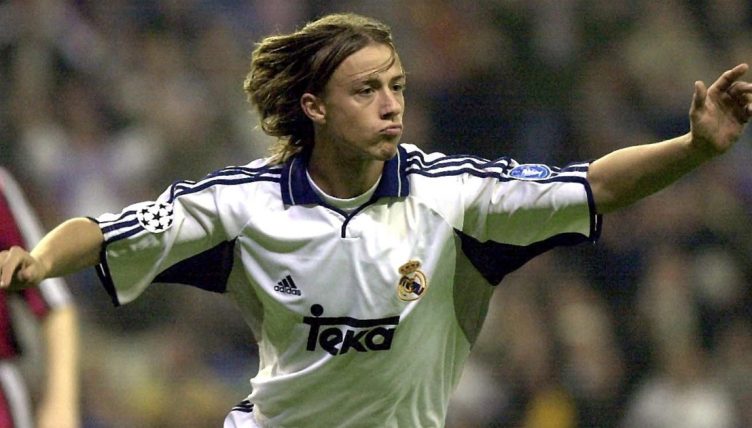 When looking back at the career of Guti, Real Madrid’s ‘Eternal Promise’, it’s hard not to think what could have been.

A visionary playmaker and occasional forward, the academy product could delight and frustrate in equal measure, his moments of genius almost but not quite atoning for his unfulfilled potential.

At least, that’s roughly how you’re supposed to discuss a player like Guti. Or the not-Arsenal Denilson. Or Antonio Cassano.

His natural talent was unrivalled, you’re supposed to say, but laziness and the allure of a celebrity lifestyle got in the way.

He might have been Real Madrid’s answer to Xavi, you continue, had he kept his head down, given 100 per cent in every match and spent a little more time on the training pitch instead of in front of the mirror.

Those 13 caps for Spain? Oh Guti, naive Guti! Had you been a little more professional, that might have been 113!

This is the common way to speak about players with ‘unfulfilled potential’ — those with bucketloads of talent who didn’t quite become all-time greats. But not only is it patronising, it’s also wide of the mark.

First off, it’s worth remembering that Guti, a player once lambasted by his own club president for still being a ‘promise’ at the age of 31, won five La Liga titles and three Champions League trophies across 15 seasons at Real.

His was a career glittering with silverware. 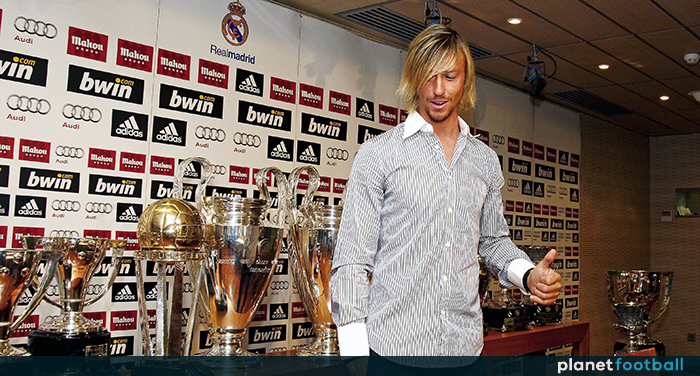 Guti was part of several iconic Madrid line-ups, playing with the likes of Clarence Seedorf and Davor Šuker in the 90s, with Zidane, Brazilian Ronaldo and the other Galacticos in the early 2000s, then with the likes of Kaká and Cristiano Ronaldo in his final season.

He also played various roles within those teams. A midfielder at youth level, Guti briefly became a forward, netting an impressive 18 goals in 2000-01, before eventually switching back to midfield — partly in order to accommodate the striking talents of Ronaldo, Raúl and others.

From that deeper position, the Spaniard delivered his best performances, mastering the art of the assist.

Guti can also lay claim to a strange honour: to have completed not only the best backheeled assist in football but the second best as well. (Though it’s hard to say which is which.)

The first, in a 4-2 win over Sevilla in 2006, was a pinpoint through-ball, delivered from the centre of the pitch around 25 yards from goal. The spectacular flick fooled the entire Sevilla defence, finding Zinedine Zidane’s feet and allowing the Frenchman to slam home.

The second came near the end of Guti’s Madrid career, in a match against Deportivo in January 2010.

Clean through on goal, Guti elected not to shoot but to backheel the ball away from goal to a grateful Karim Benzema. It was a moment of utter madness and sheer brilliance.

Marca dedicated its front page to the pass, its headline reading ‘The backheel of God’.

Those are the good bits, but Madrid fans will also talk of a player who went missing in big games, who was petulant and picked up cards seemingly out of boredom — a footballer who ultimately preferred making himself pretty to making himself play better.

It’s hardly an unfamiliar tale in the sport.

One of the most widely circulated stories about Guti’s less-than-impeccable attitude took place during Fabio Capello’s second spell as Madrid boss.

Capello, so the story goes, had instructed his players to wait in the centre circle at the start of the training session. Wanting to see whether the squad would follow orders, Capello turned up 15 minutes late…on purpose.

When he arrived, he found one player, Guti, sheltering from the Spanish sun in a dugout.

That love of leisure didn’t abate with age, either. During his final Madrid season, Guti may have been pulling off outrageous backheels, but he was already thinking of retiring to a beach in Thailand — a fact he gleefully admitted during a television interview. 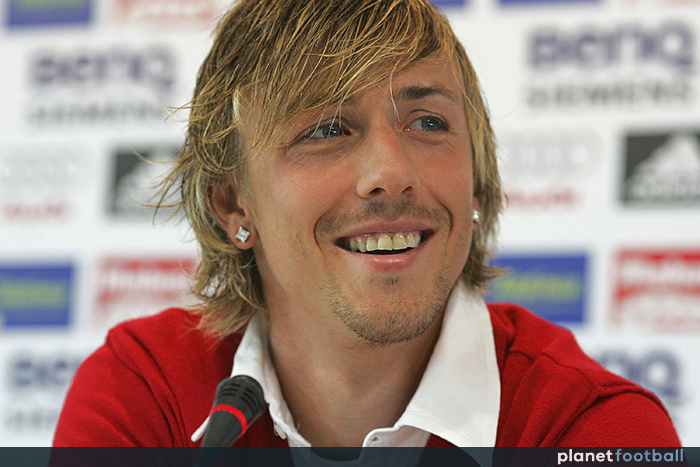 And when it wasn’t about putting his feet up, it was seemingly about getting his hair right.

Former Real Madrid players Steve McManaman and Michael Owen recently agreed that Guti was the ‘vainest’ player they had ever played with. “He had a mirror right next to his space in the dressing room,” Owen said.

Unprofessionalism is a stick constantly used to beat Guti with. But even if these stories are only the tip of the iceberg, even if Guti was one of the laziest players in Real Madrid’s history, is that any reason to criticise him?

There’s a certain moralism in football analysis when it comes to a player’s work ethic. Those who enjoy themselves in their spare time are deemed selfish playboys; those who stick around for an hour after training are worshipped as gods.

You only have to look at the current fawning over players like Jesse Lingard to see how this weird mindset pervades people’s thinking.

While many have (wrongly) criticised Lingard for his social media japes and choreographed celebrations, others have (perhaps also wrongly) applauded the winger for his professionalism: he makes the most of his abilities by giving 100 per cent in every match, they say, and he deserves a huge amount of credit for that.

I can understand why you might adopt this attitude when trying to motivate a child. But as a judgment on an adult’s life, isn’t it a little weird?

Cristiano Ronaldo received praise from Alex Ferguson for practising his horrible free-kick technique after training. And that makes sense: managers should encourage hard work among their own players in order to get results.

But does it make Ronaldo praiseworthy in any objective sense? God no. Go and make friends, you weirdo. You’re young. Work’s over. 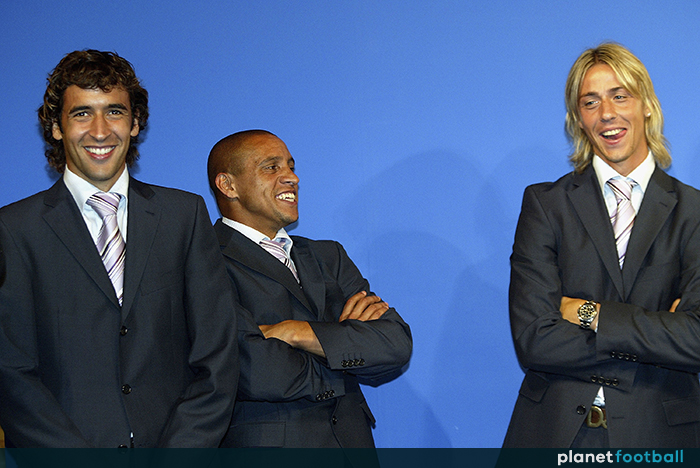 With Guti, those so-called negative habits — the grooming, the fondness for celebrity culture, the love of leisure — are no more or less praiseworthy than spending time in a gym or doing a few extra keep-ups.

In fact, if you turned down a holiday with your friends, telling them you’d rather stay at the office to fulfil your potential as an account manager, they’d think you’d lost the plot. You would have lost the plot.

And so with football: yes, footballers can always dig a little deeper, raise their level a notch. But at some stage, after so many titles, you have to wonder whether that digging is really the best use of your time.

When he secured his place in Madrid’s first team, Guti had made it. Completely, utterly made it. Fulfilled the childhood dreams of a million Spaniards.

To wonder what could have been — to say that Guti wasted his potential by balancing football with his personal life — is a glass-half-empty way to look at an occasionally breathtaking career.