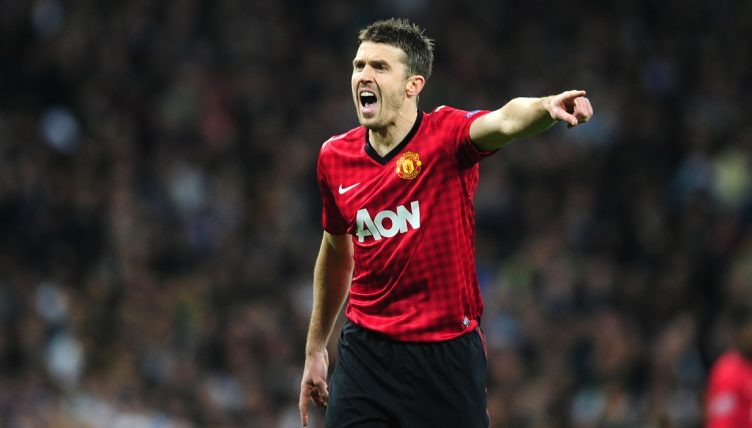 If asked to sum up Michael Carrick’s illustrious playing career in a single word, under-appreciated would be one of the first to spring to mind.

Despite winning the Premier League title in each of his first three seasons at Manchester United, Carrick initially failed to convince all corners of Old Trafford.

He wasn’t an all-action midfielder like Bryan Robson, Paul Ince or Roy Keane and United’s Champions League final defeat in 2009 provided ammunition for his critics.

During the opening stages of the final, Carrick gave the ball away in the build-up to Barcelona’s first goal as Andres Iniesta intercepted his header and Samuel Eto’o struck home.

“It was the biggest low of my career by quite some way and I don’t really know why,” Carrick told The Times in 2018. “I thought I’d let myself down in the biggest game of my career. I had won the Champions League the year before but that was totally irrelevant.

“It felt like I was depressed. I was really down. I imagine that is what depression is. I describe it as depression because it wasn’t a one-off thing.

“I felt bad or terrible after some games but then you get over it in the next couple of days – but that one I just couldn’t shrug off. It was a strange feeling.

“I beat myself up over that goal. I kept asking myself ‘Why did I do that?’ and then it snowballed from there. It was a tough year after that. It lingered for a long time.”

He struggled throughout the 2009-10 season and later revealed that he didn’t enjoy being part of the England squad at the 2010 World Cup in South Africa.

Despite slowly starting to rediscover his best form with United in 2011-12, Carrick was left out of the England squad for Euro 2012 after admitting that he didn’t fancy warming the bench in Poland and Ukraine.

His decision was not a popular one, but after years of neglect from every England manager from Sven Goran-Eriksson to Roy Hodgson, it was pretty understandable.

While Andrea Pirlo toyed with the England midfield of Scott Parker and Steven Gerrard at the Olympic Stadium in Kyiv, Carrick was focussing on a great start to the 2012-13 season with United.

“When he came at first, I used to wind him up a little bit,” Sir Alex Ferguson said in 2017. “In the start to the season, he was always a slow starter when he first came.

“The rain started to come in September and October and he came into his own. But after a few years, he took that to mind, that I’m going to show him.”

Unfortunately for Carrick, an injury crisis saw him fill in at centre-back for the first two games of the season as United lost to Everton and beat Fulham.

He then moved back into the familiar confines of midfield for a 3-2 win over Southampton and made a huge impact, protecting the defence and playing balls over the top.

While Robin van Persie’s arrival and subsequent goals grabbed the headlines, Carrick had established himself as one of United’s most influential figures. The Old Trafford faithful finally embraced the Geordie and, six years after his arrival, a chant was made in his honour.

After watching his impressive performances in the middle of the park, United fans began singing: “It’s Carrick, you know. It’s hard to believe it’s not Scholes.” 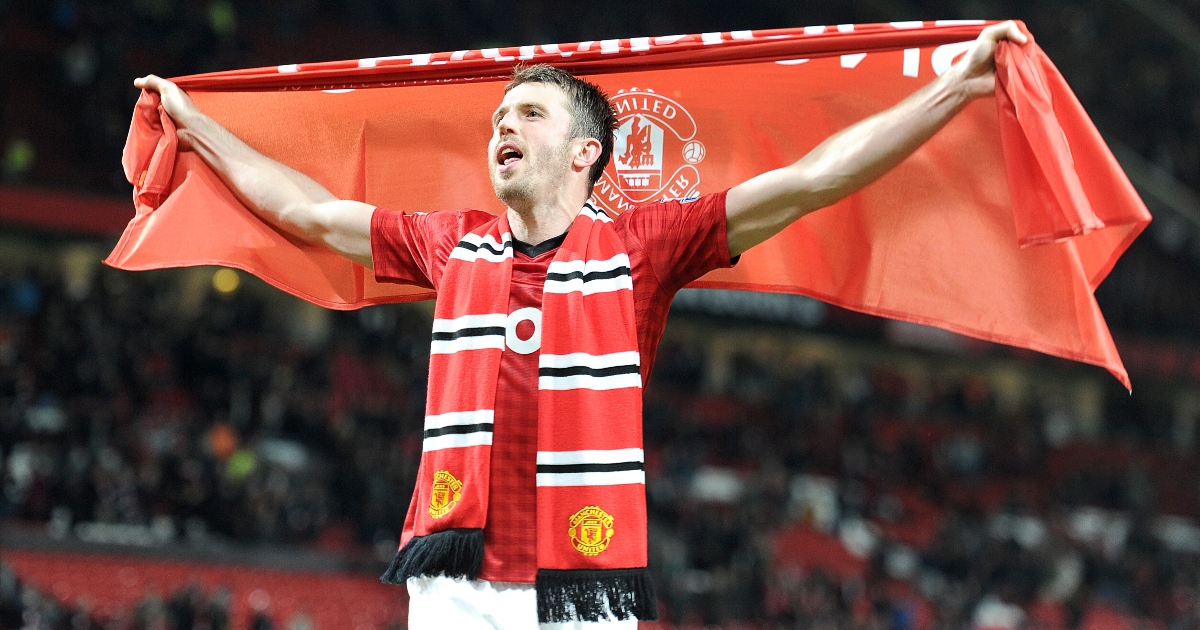 But it’s easy to see why United fans created the chant as Carrick was controlling the tempo of games and showcasing an incredible passing range, just like Paul Scholes had for years before him.

“Michael was a natural passer of the ball at a time when Scholes was inching towards his mid-thirties,” Ferguson wrote in his autobiography. “What impressed me about Carrick was that he was always looking to play that forward pass. His range was expansive and he could switch the play.”

During a game against former club West Ham in November 2012, he cut through the Hammers defence like a hot knife through butter and set up Van Persie’s winning goal.

Carrick also set up Van Persie’s equaliser against Newcastle United on Boxing Day before producing one of the assists of the season.

With the scores level at 3-3 in injury time, the midfielder received the ball and picked out Javier Hernandez with a beautifully-lofted pass.

Not bad for a player that some accused of only made sideways passes.

After that game against Newcastle, Carrick didn’t register another assist until March 2013 but it was undoubtedly worth the three-month wait.

With just five minutes on the clock in an FA Cup clash against Chelsea, he received the ball near the centre-circle and the Blues felt relatively safe.

But Carrick spotted Hernandez out of the corner of his eye and produced a pass so perfect that it should be on display in the Louvre.

Hernandez followed the angled pass and produced a fine header, while a stranded Petr Cech could only watch as the ball dropped into the back of the net.

Yes, the finish is brilliant but Carrick couldn’t have picked out Hernandez more accurately if he had placed the ball with his hands.

#OnThisDay in 2013: Michael Carrick with a sublime assist vs Chelsea for Hernandez in the FA Cup. #MUFC pic.twitter.com/DlRO1NRdLD

In fact, the pass is so ridiculous that we had to check if United’s ginger prince had dyed his hair black for this game against Chelsea.

“Michael is the most under-rated and under-valued player in the league,” Rio Ferdinand said after the game. “No one else could play a pass like he did for Javier’s goal. It has to be the ball of the season. But I am sure no one will talk about it.

“All the talk will be about other players who maybe do a little bit more explosive things than Michael does.”

After going under the radar during his first six years at Old Trafford, perceptions around Carrick started to change and people realised his importance to the side.

He was also shortlisted for the PFA Player of the Year award by his fellow professionals and earned a place in the PFA Team of the Year for the first time.

After Ferguson’s retirement at the end of that season, Carrick never managed to hit the same heights under David Moyes, Louis van Gaal or Jose Mourinho.

But unlike most holding midfielders, he’ll always have that one season where he played in a starring role.