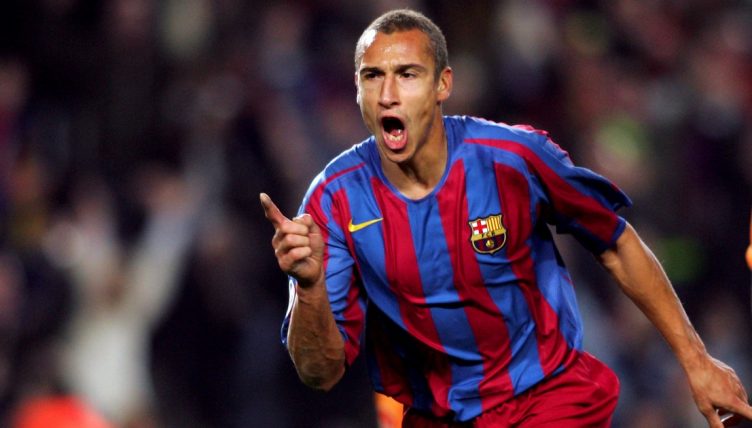 Look back at the 2006 Champions League final from an English perspective, and it is easy to pick out the game’s turning point.

Eighteen minutes in, Jens Lehmann took down Samuel Eto’o on the edge of the area and referee Terje Hauge became the first to brandish a red card in a European Cup final. Robert Pires was subbed off, Manuel Almunia came on and the Spaniard’s odd goalkeeping played a part in both of Barcelona’s goals.

But to see the sending off as the turning point is lop-sided. In that moment, the game did not fundamentally change. Arsenal kept attacking, scoring through Sol Campbell’s header in the 37th minute. For a long time, it looked as if they might just hang on.

For the moment on which the result pivoted, we need not look to the first-half sending off but a Barcelona substitution in the 61st minute. With the Catalans trailing 1-0, Frank Rijkaard turned to his bench and saw the man the game needed. That man was 34 years old and had spent much of the previous two years out injured, but Rijkaard knew: this was Henrik Larsson’s moment to shine.

The Swede replaced Mark van Bommel and though the blistering pace of old might have deserted him then, the supreme intelligence had not. Half an hour and two Larsson assists later, the Blaugrana were lifting their second European Cup.

“I’ll always battle to the end,” Larsson had said when he joined Barca two summers prior. Just before he returned to Sweden to see out his career, he had proved a man of his word, reaching the pinnacle of club football and closing a glorious chapter in a golden career.

That it had taken Larsson – a man of such goalscoring prowess, speed and skill – so long to secure a European trophy was perhaps the only surprise. But in the mid-noughties European football was still not in the full grip of the avarice era that has driven us to stare down the barrel of a European Super League.

Money, and therefore talent, was not as concentrated in the hands of a few footballing super-corporations in England, Spain, Italy, Germany and France, so clubs that today cannot compete financially could hold on to some of the continent’s finest talent.

That was the case with Larsson, who for seven years had been the ultimate terrace hero at Celtic Park, the oft-serenaded ‘King of Kings’. In east Glasgow, Larsson’s 242 goals in 313 games helped the Bhoys to four league titles, four domestic cups and the 2003 UEFA Cup final.

Yet come 2004, his contract was up and he had decided it was time to try something new. Larsson was 32, but he had just finished a season with over 40 goals in all competitions for the second year on the trot. More than 30 clubs were in for him, including Manchester United, where he later turned up on loan. But one offer stood out above the rest.

“My dream was to play somewhere warm,” he later told FourFourTwo. “I didn’t want to be fighting relegation, so I thought I would be pleased if it was a team in the middle. But then Barca came in and I said, ‘Yes!'”

The decision was the obvious one given the players he was to be lining up alongside. And in the first six league games of the season, Larsson scored three goals. In between the second and third, he also scored in his first Champions League outing for the club – and it was a painful goal to get, if there is such a thing.

Fate dictated that the King of Kings who had abdicated returned to his former lands as soon as possible. Barcelona were drawn in the same group as Celtic, and Larsson proved he was as sharp as ever.

He emerged from the bench with Barca 2-1 up, latched onto a loose header from Alan Thompson and finished perfectly into the Parkhead net to put the game to bed. “It was very difficult for me to celebrate my goal because I had so many great times here,” he said afterwards.

In October, however, Larsson’s season was ruined. In the first half of a Classico at Camp Nou, Larsson went down holding his knee. He played on for 40 minutes, but a scan confirmed the worst: a ruptured ACL and damaged meniscus. It was the second serious injury of his career, after a horrendous leg break in 1999.

Larsson spent most of the season watching on as his team-mates won La Liga. He eventually returned, making a few sub appearances before the end of the campaign and – in part owing to the dedication he had displayed in his recovery – Barcelona president Joan Laporta decided to extend his contract for another season.

It was a smart piece of business. By then Eto’o had arrived as the first-choice No.9, but Larsson filled a vital role in the squad. He was the man to give Barca a lift in the second half of games, one of those players whose introduction sends a ripple of anticipation around the stands.

The Swede’s first goal of the campaign came in October, and it was special, a delicious lob beating the Malaga ‘keeper Francesc Arnau and sealing three points for Barcelona.

Yet the Culers had to wait a little more to really see Larsson shift into top gear. In December 2005, he announced that his second season at Barca was to be his last. From then on, he was a man possessed. Between January 11 and April 9, 2006, Larsson scored 11 of the 19 total goals that he managed in the Blaugrana shirt, looking every bit the goal machine of old.

Larsson was scintillating and, with his form, Barcelona raced into an unassailable lead in La Liga. In just two years at the Camp Nou, he had quickly become a hero – not just to the fans but his illustrious team-mates too.

Even Ronaldinho was smitten: “When he came to Barcelona, Henrik said nice things about me, but by the time he left he was my idol. In fact, he was my idol even before that. I remember him playing for Sweden in the 1994 World Cup.

“Henrik taught me a lot about football and I learned even more from him as a person. I was disappointed that he left for Sweden because I would have loved to have played with him for longer.”

His greatest moment was still to come, though. In the Champions League, the Ronaldinho-inspired Barca had samba’d past Chelsea, Benfica and AC Milan. Finally, in Paris on May 17, Arsene Wenger’s Arsenal stood in their way.

Arsenal stood firm too, even after they had gone down to 10 men. Thierry Henry and Freddie Ljungberg had chances to double Arsenal’s lead and the Gunners’ defence repelled the Barcelona attacks again and again. But then Larsson came on and resistance suddenly became futile.

With 14 minutes to go, Andres Iniesta slipped a precision pass into Larsson who, with the most delicate of touches, diverted the ball perfectly into the path of Eto’o. The Cameroonian striker’s work was made simple by the gap Almunia left at his near post.

Just four minutes later, Larsson was at hand once more to help turn the game on its head. A selfless run into the right channel saw him receive the ball from Juliano Belletti, who then burst into the box. Larsson span and fed the Brazilian who hammered home low and hard, in off Almunia’s right boot.

The celebration pile on that ensued was an outpouring of emotions – mostly relief at having finally taken advantage of their superior numbers. Barcelona were kings of Europe once more.

“People always talk about Ronaldinho and everything but I didn’t see him today – I saw Henrik Larsson,” Thierry Henry said after the whistle. “He changed the game.”

Three days later, after Barcelona lifted a second successive league trophy to go with their European Cup, Larsson made a speech to the fans on the Camp Nou pitch before being carried on the shoulders of his team-mates. It was an unusual honour for a player who had only made 59 appearances for the club, but his contribution had been vital and his personality and dedication had made him loved.

“Visca Barca i visca Catalunya,” Larsson said to wrap up his short address. “Visca Larsson,” the fans might have responded had the mic be handed to them.