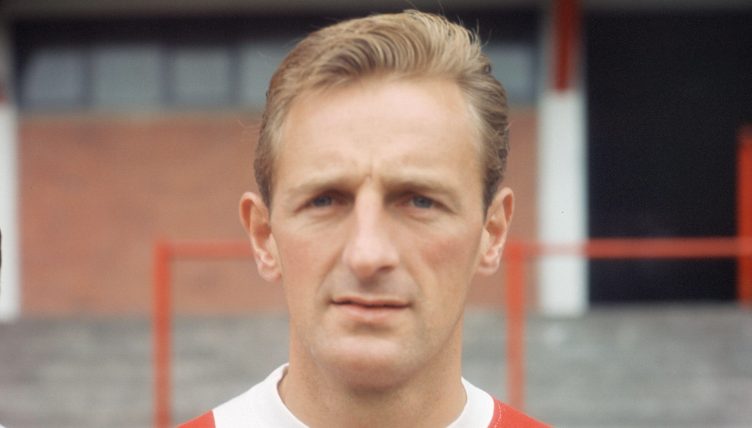 There are two passages in Duncan Hamilton’s The Footballer Who Could Fly that capture the dynamic between chairmen and players during the Retain & Transfer era. The first involves Jackie Milburn’s attempt to leave Newcastle United in 1948.

Milburn had wanted to move south. He remembered being asked to stand up in front of the club’s directors ‘to defend his case, as if occupying a court dock’. Hamilton described it as a junior boy being dressed down by the masters of a ‘run-down public school’.

Milburn was a long way from becoming the club’s record goalscorer by that point, even further from being their eternal icon, but it encapsulates the balance of power and the attitudes of the time.

In the end, they just said no and, affronted by his impertinence, dismissively waved him out of the room.

Hamilton’s second anecdote is the more descriptive, involving Frank Brennan setting up his own sports shop in Newcastle. Brennan was one of the club’s centre-halves at the time and his fledgling enterprise was opposed by a vicious PR assault led by Stan Seymour, himself a former player but also, by then, a club director.

Any reading of that episode portrays Seymour in an unflattering light. He seemed affronted that Brennan was even trying to supplement his income and made regular, disparaging comments about his need to focus on his football.

Of course, Seymour owned his own, more established sports shop in Newcastle and was acting both out of naked self-interest and, also, a transparently pejorative belief that – really – Brennan should know his place.

Through modern eyes, it’s a difficult atmosphere to understand, but it was one architected by the inhibiting factors of the time. The Maximum Wage, which would cap a player’s earnings at £20 per week until 1961 and, of course, the Retain and Transfer system.

Those twin forces, hardened by teflon class attitudes, combined to create a sort of semi-serfdom within football. Mill owners and workers, in effect, for whom rights, realities and earning expectations were very different.

By 1951, the Maximum Wage was on borrowed time. It was raised four times in seven years, from £14 to £20 by 1958. Finally, through strike action threatened by PFA chairman Jimmy Hill in January 1961, it would be abolished, with Fulham’s Johnny Haynes becoming the first £100 per week footballer within days. 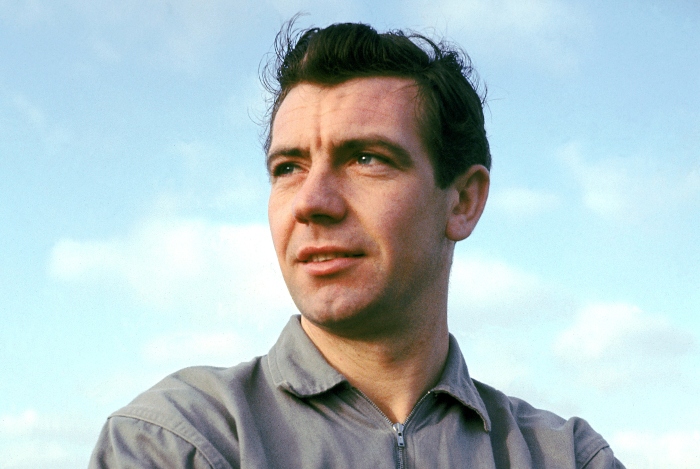 Defeating Retain & Transfer would be much harder, though.

By 1959, George Eastham had grown unhappy at Newcastle. In the final year of his contract, he was dissatisfied with his wage, contended that the club house provided to him was uninhabitable, and – in what seems to have been a final straw – was angry at having been prevented by Newcastle from representing England’s Under-23s.

He was also upset that the club had reneged on an agreement to find him work in the afternoons and, frustrated, he asked to be transferred to Arsenal.

An expiring contract didn’t create the kind of opportunity that it does today. Under Retain and Transfer, a club continued to hold the registration of a player regardless, just so long as they had offered ‘reasonable’ terms of renewal.

Furthermore, as in Eastham’s situation, if that player had asked for a transfer, the club weren’t obliged to pay him.

So began a seven-month stand-off. Eastham went on strike and, in an illustrative twist, spent the between period actually earning more money by selling cork in Surrey until, finally in October 1960, Newcastle finally agreed to a sale. For £47,500, Arsenal had their midfielder.

But Eastham, who made no bones about being motivated by money, still wasn’t happy, recalling how his move actually came at significant cost.

“There was no signing-on fee, but you were supposed to get a bonus of £150 for each year with the club, so I was due £600, which was omitted from the contract. They said it would be sorted out, so I signed, stupidly, and that was £600 down the drain.” 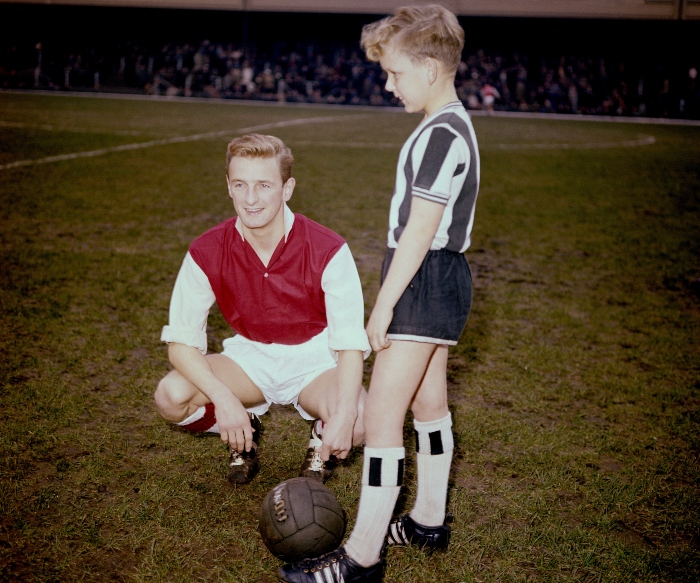 The PFA had been engaged in a challenge of the transfer system alongside their work to remove the wage cap. But, while they were successful with the latter, the Football League had broken their promise for further reform. Eastham’s unwillingness to cut his losses ultimately came at the perfect moment. He became their guinea pig, they backed his case financially and, together, they headed for the high court to challenge the Football League.

The Press Association’s online archive has a fascinating series of photographs from the case. In one set, taken on the 11th June 1963, the various protagonists are shown arriving and – in a perception possibly shaped by hindsight – they all conform to the clichés of the era.

The Newcastle directors in one photograph, with their well-cut suits and at least one very swollen belly. Alan Hardaker, the secretary of the Football League, in another, with a presumptuous smile. And Eastham, looking apprehensive and a bit lost, caught in a single shot outside, before the day’s proceedings began. 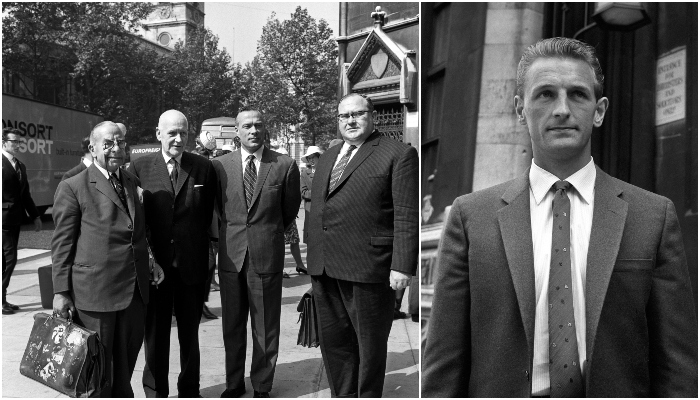 The case was two-pronged, combining the interests of the parties bringing the action. Eastham wanted his money from Newcastle; the PFA wanted Retain and Transfer recognised as a restraint of trade.

In a 2007 article for The Independent, Steve Tongue claimed that the stakes were far higher for the PFA than previously imagined, repeating Gordon Taylor’s claim that the Association would have gone bust had they not succeeded.

In hindsight Taylor is perhaps not the most reliable witness, but it was moot point: Eastham prevailed. The Judge – a Mr Justice Wilberforce – agreed that the transfer system was unfit for purpose, but declined to award the player any damages, reasoning that Eastham’s decision to go on strike had made any payment of outstanding bonuses a discretional issue.

The written summary of the case is still available online but, as you might expect, is not the easiest read.

The effect was clear enough, though, and the Football League was compelled to act: in condensed form, the ‘retain’ prong of the system was greatly diluted, with the introduction of transfer tribunals to arbitrate end-of-contract situations and – in conjunction with the abolition of the Maximum Wage – the terms for renewal greatly improved as a result.

Eastham, inadvertently, had become one of the founding fathers of a transfer system which would remain almost unchanged for another three decades.

The epilogue is complicated. Eastham’s time at Arsenal was a great success. He made over 200 appearances, scoring 41 goals, before leaving for Stoke City in 1966. He was also a member of Sir Alf Ramsey’s World Cup-winning England squad and was awarded a medal in spite of not playing in the final against West Germany.

What he symbolises, though – specifically his militancy – can easily be misinterpreted within the context of what football has become. Like Jean-Marc Bosman all those years later, it’s possible to portray Eastham as a footballing Oppenheimer, as someone who created a degree of change well beyond his intention. But that would be contrary. It would also be to ignore the subservience and the limitations that football placed on players of his generation and the relative freedom he helped to create by defeating those inhibitors.

READ NEXT: The Secret Footballer: 95% of all transfers happen through tapping up