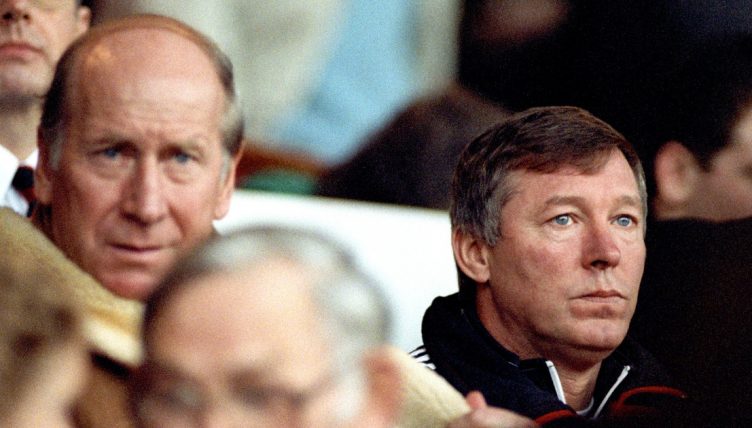 When Manchester United were drawn away to Nottingham Forest in the third round of the FA Cup in January 1990, there was a sense that this was the end for the young Scottish manager Alex Ferguson.

It remains as true now as it did then that you cannot predict the future, and that very often attempts at doing so fall miserably short of the mark.

Yet at that time you would have been as close to certain as possible that the writing was on the wall for Ferguson.

If you were able to time travel and went to Manchester, January 1990, walked into a pub and started to explain how Ferguson would lead United into an unmatched era of English footballing dominance, winning the treble in nine years time with a core group of local boys and then cementing himself among the greatest managers of all time you’d be at the very least laughed at.

Of course, he did all that and more.

In pure titles alone it is beyond impressive, an almost impossible record of success: 13 Premier League titles, five FA Cups and two Champions Leagues. That is before considering the way in which he won them and where the club was before his arrival.

But things got much worse for Ferguson and United before they got better. Much, much worse.

You’ve doubtless heard it mentioned before how he was almost fired, but you may not appreciate just how close he came. Here’s the story of one goal in Nottingham, January 1990.

When Ferguson arrived at Old Trafford in November 1986, he was considered one of the brightest young managers in the game, having led Aberdeen through an unprecedented period of success culminating in their European Cup Winner’s Cup triumph in 1982-83.

He remains the last manager to win the Scottish Premiership with a club other than Rangers and Celtic.

The United job was no small challenge. Ferguson replaced Ron Atkinson, the most successful post-Matt Busby manager who, despite winning two FA Cups and finishing in the top four every season, was never able to bring the First Division back to Old Trafford.

With a third of the season gone, United lay in 21st and Ferguson began uprooting things straight away with his first target the drinking culture at the club.

“I had to get rid of the idea United was a drinking club,” he said to David Meek, Author of Sir Alex Ferguson.

“I had enormous difficulty with Norman Whiteside and Paul McGrath.

“[Drinking] created conflict with my concept of a Manchester United Player.”

In his first season, Ferguson dragged United to an 11th placed finish despite their poor start and things began looking up.

Then, in 1987-88 Ferguson led United to a second-place finish. They ended up nine points behind leaders Liverpool but there was not much of a substantive title challenge with Liverpool leading nearly all season.

Either way, Ferguson’s revolution was underway with Viv Anderson, Steve Bruce and Brian McClair brought in by the Scotsman.

Yet the winds of change turned the following season. Far from the title challenge expected, United finished 11th in 1988-89. No doubt a sackable offence today, the old First Division was much more volatile in terms of positions – but regardless, there was concern amongst the Old Trafford faithful.

The new summer window meant more players for Fergie’s arsenal; out with Whiteside and McGrath, in with Gary Pallister, Paul Ince and more.

But hopes of a title challenge once again collapsed in on themselves as the season progressed. Despite a 4-1 home win on the opening day of the season to champions Arsenal, United’s form was inconsistent and worsening.

It culminated in a 5-1 destruction of the big-spending Red Devils at Maine Road by Manchester City in September and the knives began to be sharpened.

It’s the 30th anniversary of City beating United 5-1 in the Maine Road Massacre.

“Ferguson said he drove home and went straight to bed, putting his head under the pillow in complete shock,” Meek writes.

And well he might have; the media smelt blood and the fans had had enough.

Infamously, a banner reading “3 years of excuses and it’s still crap… tara Fergie” could be seen at Old Trafford in the following months.

With pressure building, the general consensus was that Ferguson would be sacked when, not if, United lost to Nottingham Forest in the FA Cup.

“Martin Edwards [United’s former chairman] and Sir Bobby Charlton have tried to rewrite history by claiming that wasn’t the case,” former United board member Michael Knighton said in The Mirror.

“But when we played QPR at Old Trafford on New Year’s Day, I was stood in the boardroom at half-time when Martin sidled up behind me and whispered, ‘We’ve got to be talking about the manager’.” 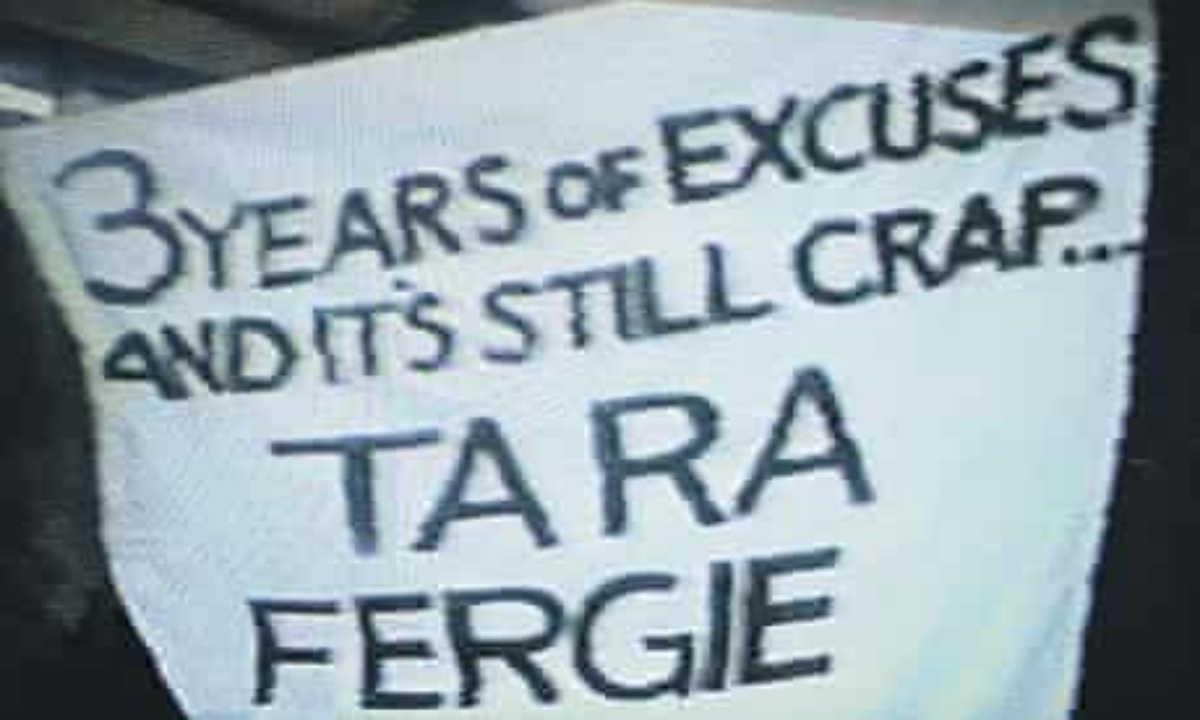 A goal in Nottingham…

The stakes, then, for the match against Forest could not have been higher.

A cup run would provide Ferguson some much-needed breathing space and earn him a distraction from United’s league form.

Forest was no easy task: a decade on from their European Cup double, Clough’s side were still an impressive unit from which the FA Cup was the only thing missing.

The word was out that defeat would see Ferguson sacked by United if he failed to win against Forest in the FA Cup. That game saw this response to the 'Ta ra Fergie' banner, 1990. pic.twitter.com/1VAK2GN4N7

The match was a tight and nervy affair, The City Ground packed to the rafters.

Watching footage of that game back, so much of is feels old and unusual, namely, the pitch, which was just a field of mud. The ball bobbled along it, occasionally bouncing up unprovoked.

But in an act that proved to be timeless, Ferguson managed to deliver a victory when all the odds seem stacked against him.

The goal came in the 56th minute when Mark Hughes, stunning hair and all, found himself in what we’d now call a half-space on the outside of Forest’s box. He spotted the run of young Mark Robins, an Oldham boy who had developed in the United youth system and the youngest player on the pitch.

With the outside of his boot, Hughes curled the ball perfectly past two Forest defenders, bouncing straight onto the head of Robins. Stuart Pearce desperately tried to stop him, but it was too late and Robins dutifully nodded home.

It was the one moment of quality from either side all game. Several times Forest came close to equalising, the ball at one point seemingly heading for goal before the bumps in the pitch in front of United’s goal, almost as if by some divine intervention, sent the ball wide.

Later, the ball was in the United net and the Forest fans celebrated but even before VAR such celebrations were cut short, the linesman’s flag was up to suggest that United’s keeper was impeded and the referee agreed.

In the end, there was nothing anyone could do to stop it: United won and Ferguson kept his job.

“Some joy at last for Alex Ferguson,” the commentator cries out. He didn’t know the half of it.