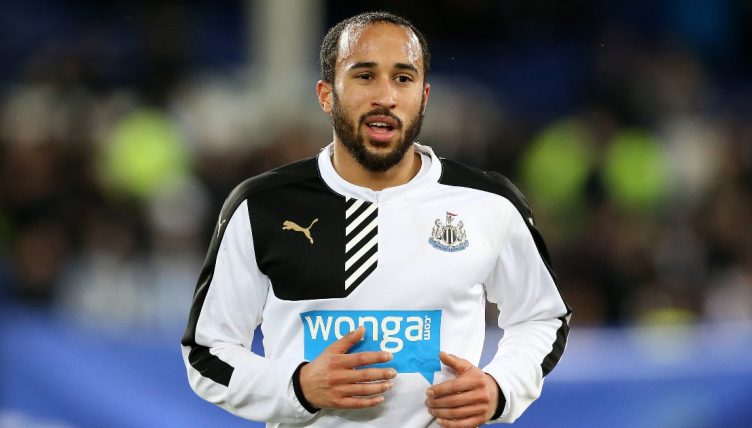 Andros Townsend wasn’t at Newcastle United for very long, but he did enough to leave us wondering what might have been.

Whenever a relegation-threatened team signs a new player in January, they do so with the implicit risk that if the player does well enough to make an impact but not well enough to keep them up, they’ll end up losing a real talent come the summer.

We’ve seen it with Demba Ba at West Ham United and Loic Remy at Queens Park Rangers, with both impressing at Newcastle after suffering immediate relegations in London. However, a few years later, the Magpies themselves would suffer in a similar way.

The first half of Newcastle’s 2015-16 season was, in no uncertain terms, a nightmare. Mike Ashley had finally sanctioned a summer of spending, after realising the minimal outlay of previous years and the final-day survival in May 2015 might have been connected, but it hadn’t really worked.

The long-standing policy of ‘I don’t know, some guys from the French league, I guess’ had seen Florian Thauvin replace Remy Cabella, a man loaned out after failing to make an impact the prevoius season. Aleksandar Mitrovic and Chancel Mbemba arrived from Belgium, and both had highs and lows, while the first and smartest signing – PSV’s Georginio Wijnaldum – understandably couldn’t do everything on his own.

By January, Mitrovic and Wijnaldum had shown some promise while Thauvin and Mbemba wore some suits very well. Only one of these things was useful in a second straight battle against the drop, and Steve McClaren’s team were the wrong side of the dotted line when the January window opened.

Had they been a few points further up the table at that point, the arrival of Andros Townsend might have paved the way for a relationship between a player and the club’s fans which lasted a number of years. Instead, the England international only gave them five-and-a-half months of his five-and-a-half year deal.

Townsend only scored once before McClaren made way for Rafa Benitez, and it wasn’t especially meaningful, but it gave us a taste of what would follow.

Newcastle were already 5-0 down at Chelsea when the moment arrived, but it pointed to a player who had a left foot to wield and the confidence to take the bull by the horns when presented with a sight of goal.

While there’s only so much you can glean from a strike in these circumstances, it was still enough to give the message of ‘maybe we should be getting the ball to this guy a bit more’.

After Benitez’s arrival, things were kicked up a notch.

There was another left-footed smash against Southampton, a finish so unsaveable it prompted Fraser Forster to only move his arms to complain long after the ball had hit the net, and then we had those moments which gave Newcastle hope of survival as they rebounded from that defeat at St Mary’s.

Having already helped provide Newcastle’s first two goals with corners from the left, Townsend popped up on the opposite flank to collect a Mitrovic pass and beat Lukasz Fabianski from inside the box.

We knew what Townsend had planned two weeks later, as well, with Crystal Palace’s Wayne Hennessey the goalkeeper left diving mostly for show as the ball nestled in the back of the net.

There’s something special about this kind of goal, taking place towards the end of the season when the days are getting longer and the pitches are bathed in sunshine. It provides a sense of hope and triumph at the time, but it only retains those qualities after the fact if the task at hand is completed. Otherwise, it’s just a goal that happened once and meant nothing.

As we now know, those efforts weren’t quite enough. Newcastle finished two points adrift of safety, despite picking up 12 points from their final six games, and the summer was all about cashing in on their Premier League talent and building a squad capable of earning immediate promotion.

Townsend left, along with Wijnaldum, Moussa Sissoko and a handful of others, with Dwight Gayle moving to St James’ Park as part of the deal which took the winger back to London and Matt Ritchie joining from Bournemouth. With the new arrivals ending the campaign as one and two on Newcastle’s scoring charts, it’s probably fair to say the business paid off.

However, when you consider that Townsend, Wijnaldum and Sissoko were all Premier League players for the next five seasons, racking up a combined 488 top-flight appearances and each spending the entirety of that period at the club they joined upon leaving Newcastle, it’s easy to imagine a world in which Benitez’s side did just enough to survive rather than not quite enough.

Had that been the case, we might have ended up with a situation where Andros Townsend fulfilled his contract at Newcastle and gave them more memories, rather than leaving them wondering what he might have become if he’d been able to stay.

Can you name Newcastle’s XI from their 5-1 victory over Spurs in 2016?

Michael Owen: A beacon of hope at Newcastle not seen since