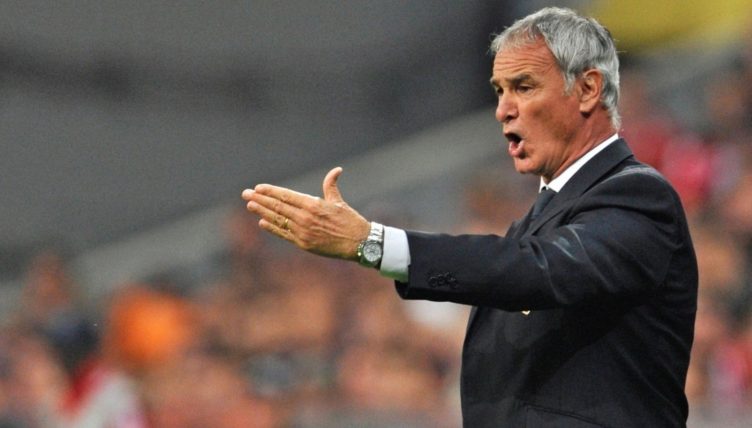 “He’s right with what he said I am very demanding of myself and I have to win to be sure of things. This is why I have won so many trophies in my career,” was Jose Mourinho’s humble retort to Claudio Ranieri in the early months of his tenure at Inter.

“Ranieri on the other hand has the mentality of someone who doesn’t need to win.

“He is almost 70 years old. He has won a Super Cup and another small trophy, and he is too old to change his mentality. He’s old and he hasn’t won anything.”

Ranieri was in fact only 56 at the time – something that Mourinho almost certainly knew. Now – 14 years later – he is actually 70 if Mourinho, back in Serie A, feels like a more accurate rehash this time around.

“I studied Italian five hours a day for many months to ensure I could communicate with the players, media and fans,” Mourinho added. “Ranieri had been in England for five years and still struggled to say ‘good morning’ and ‘good afternoon.'”

When Mourinho ruled the world

While Mourinho was cementing his status as A Special One at Chelsea – doing what his predecessor couldn’t quite manage – by converting Roman Abramovich’s millions into major honours, Ranieri saw his reputation flounder with short and unsuccessful stints in charge of Valencia and Parma.

Still, the Italian was entrusted to take the reigns at newly-promoted Juventus in 2007 following Didier Deschamps’ falling out with the board. He inherited a squad boasting Gianluigi Buffon, Giorgio Chiellini, Pavel Nedved, David Trezeguet and Alessandro Del Piero as the Old Lady looked to quickly heal the scars of Calciopoli.

Ranieri led Juventus to a respectable third-place finish in their first season back, with a remit to go those couple of steps further as Mourinho – back then the sexiest name in football management – arrived to take the helm at champions Inter in 2008.

Juve did make a step forward – second, not third – but the goals had dried up as Trezeguet spent most of the campaign sidelined with a groin injury. Inter had enough about them – with a prime Zlatan Ibrahimovic banging in the goals – to continue their domestic dominance with Mourinho in charge, cruising to a fourth successive Scudetto with a 10-point lead.

Inter’s Portuguese coach was at his spikiest and most self-assured, refusing to shirk away from any verbal battles if he felt slighted by journalists or rival coaches.

Not for the first time, Ranieri found himself in Mourinho’s crosshairs during a wide-ranging rant at the media, Roma, Milan and Juve after a controversial decision to award Mario Balotelli a penalty in a 3-3 draw with Roma.

“There has been the greatest amount of intellectual manipulation. There was a concerted, organised effort to manipulate public opinion. It was fantastic work but it is unrelated to my world – I work in football,” Mourinho claimed as Inter approached the finishing line in 2009.

“Nobody has spoken about Juventus, who have won so many points thanks to refereeing mistakes. We have only won one game thanks to a mistake and that was the Siena match.

“Ranieri said he is shoulder to shoulder with Luciano Spalletti? Well, I will side with all the coaches who have fallen foul against Juventus – Cesare Prandelli, Pasquale Marino, Gigi Del Neri.”

Mourinho responded to the media, Spalleti and Ranieri who accused Mario Balotelli of being a diver, when Inter drew 3-3 with the Spalleti’s Roma. 🤯 pic.twitter.com/u3AeMPpVOs

Ranieri was sacked shortly before the end of the 2008-09 campaign after Juventus went tumbling out of the title race in a run of seven winless matches, while Mourinho signed a contract extension to commit his future at the San Siro.

As Mourinho was gearing up for a second season in charge, a rising Juventus, with Fabio Cannavaro making an ill-fated return following three years at the Bernabeu, were still being talked up as Inter’s likeliest challengers. Carlo Ancelotti and Kaka had left Milan, while Roma finished a distant sixth.

Luciano Spaletti had led Roma to the Supercoppa and Coppa Italia, as well a runner-up finish in Serie A, during the 2007-08 season, but they struggled to maintain the same standards the following year. After Roma started the 2009-10 season with back-to-back defeats to Genoa and Juve, Spaletti resigned.

After a summer off, Ranieri promptly found himself back in a job – at his hometown club, who he’d grown up supporting. But few if any pundits expected Roma to seriously compete with the journeyman coach at the helm – not least Mourinho, who evidently didn’t consider Ranieri a rival, every passing mention dripping with patronising contempt.

“Everyone knows that Ranieri is not a top-class coach, but he will not be expected to win the Scudetto. The target at the moment is middle-tier, so Roma have gone for a middle-tier coach,” wrote GOAL Italia’s editor Sergio Stanco in an op-ed reacting to the appointment.

And when the Giallorossi lost three Serie A matches in a row in late October in a series of fraught battles full of bookings and red cards, Roma found themselves down in 14th, two points clear of the relegation zone.

The only question was whether they could salvage a Europa League place, let alone mount a title push – Inter had started the season like a train and were 14 points clear after 10 matches.

What happened next, against all the odds, was one of the most thrilling and hard-fought title races that European football has ever seen. 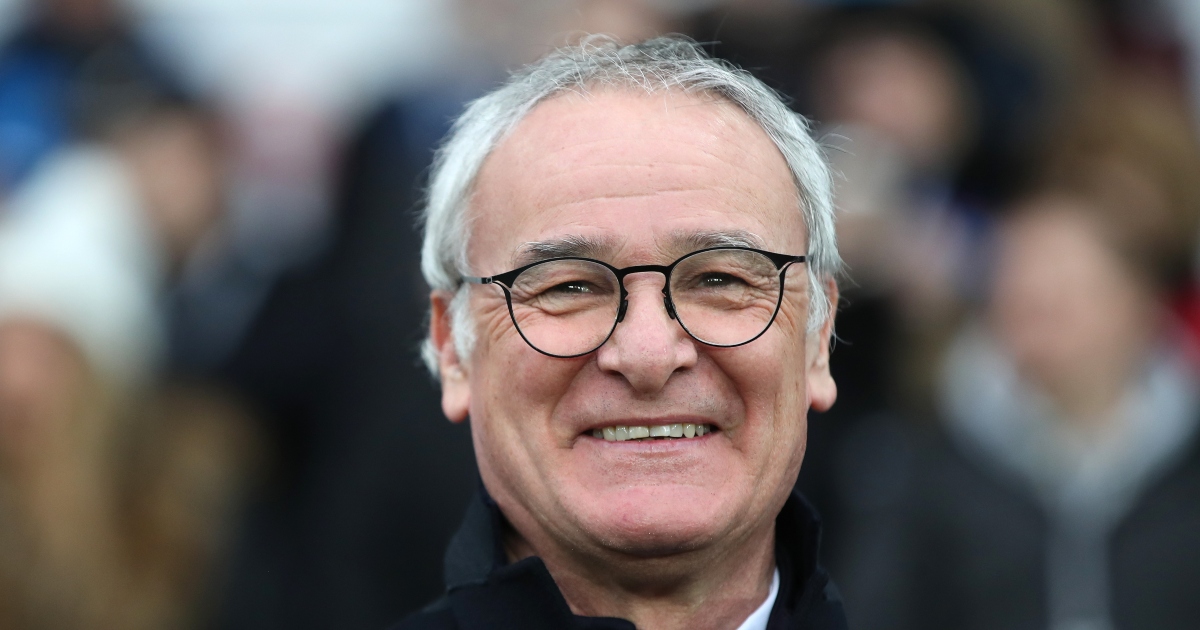 Slowly but surely, Ranieri’s Roma began to find form, holding table-topping Inter to a 1-1 draw at the San Siro as they kicked off a 24-match unbeaten run. Come to the winter break, they were up to fourth – but 11 points behind Mourinho’s league leaders.

In the new year, Roma began to mix dazzling performances with gritty 1-0 wins. They looked like a title-winning side. Mirko Vucinic and Francesco Totti were routinely producing match-winning displays, while Daniele De Rossi was at the peak of his powers, looking every bit a world-class midfielder.

Ranieri’s men took 40 of the first 48 points available, winning 12 and drawing four, following the winter break. All the while Juventus were plummeting down to midtable obscurity since their decision to dismiss him.

Meanwhile, Inter were faltering. Their comfortable lead was getting whittled away. They failed to win back-to-back matches between January and April and were constantly dropping points on their travels, failing to win at Bari, Parma, Napoli, Catania, Palermo and Fiorentina.

Come late March, and their visit to the Stadio Olimpico, Inter’s season looked on the verge of complete collapse. Mourinho’s man for the moment Diego Milito cancelled out De Rossi’s early opener, but Luca Toni – during a memorable half-season loan from Bayern Munich – came up with an iconic match-winner that resulted in one of the loudest roars in the history of the Eternal City. No Gladiator could muster a moment like this.

FLASHBACK | 💥 | On this day in 2010… a classic finish from Luca Toni secured victory against Inter Milan! 👋#ASRoma pic.twitter.com/NjMdSyLaQs

All season, Ranieri had played down his side’s chances of doing the impossible, just as he’d done at Juventus and just as he’d do at Leicester. But once Roma moved within a point of the top spot with seven games to go, the tinkerman allowed himself to dream.

“We’re out of the last bend and now we are on the final straight, one metre behind Inter,” said Ranieri after their 2-1 victory over Inter.

“We have reopened the title race, now it will be a test of nerves. For five months we have chased and sacrificed ourselves to the cause; now we have beaten a stratospheric team who deserve our compliments.”

An early Europa League exit to Panathinaikos at the first knockout hurdle allowed Roma to focus on domestic matters, while Inter were going deep into the Champions League.

Not only did the Giallorossi stand in Inter’s way in Serie A – even briefly usurping them to the top spot in April, with five games to go – but they were also their opponents in the Coppa Italia final.

But it was at this point, with their backs to the wall and in stark danger of crashing and burning, that Mourinho’s Inter did what the truly great sides do and stood up to produce some of their greatest performances when they needed to.

The counter-attacking masterclasses served to Barcelona and Bayern Munich in the semis and final of the Champions League were their most famous victories, but they were pushed to be every bit as good back home as the league and cup went down to the wire.

Milito, as he so often did in the defining games at the business end of Inter’s historic treble, came up with the decisive intervention and notched the only goal of the game in the Coppa final at the Olimpico, while a frustrated Totti was shown red in the dying moments.

After going top with three points against Atalanta, Ranieri’s Roma held onto their place at the summit the following week in a full-blooded derby against Lazio, peppered by 12 yellow cards and one red but most importantly a 2-1 win.

But a week later they succumbed to a 2-1 defeat at home to Sampdoria. Totti had given Roma an early lead, but a second-half brace from Giampaolo Pazzini was enough to blow their title hopes. Just as you’d be brave to mention Steven Gerrard’s slip in the red half of Merseyside, Pazzini is a name best avoided in Rome.

Iconic image of Mexes crying on the Roma bench was 10 years ago today. The infamous Roma-Samp pazzini game. The game that cost Roma the scudetto #ASRoma pic.twitter.com/R6yfaxo4eW

It was Roma’s only defeat of their last 28 in Serie A, while they won eight of the last nine, but it was enough to cost them. Inter took advantage by winning their last five in a row, taking 19 of 21 points on offer after their defeat in the capital.

History is written by the victors, after all, leaving Roma to be remembered as one of the great nearly sides and Ranieri destined to be a nearly man – until Leicester, of course.

It was Ranieri’s miracle Foxes, after all, that inflicted a 2-1 victory on Mourinho’s Chelsea in December 2015, keeping them at the top of the table and their opponents just a point above the relegation zone.

Mourinho was then sacked, but – water under the bridge, apparently – he showed support to Ranieri following his dismissal at the King Power the following year, wearing CR on his training top in his press conference.

Ranieri returned to Roma for an emergency two-month spell at the end of the 2018-19 season. “Mr. Ranieri, in our moment of dire need, you have answered. Now, you receive the homage of your people,” read one banner and the veteran coach struggled to hold back the tears on the touchline in his first game back in charge at the Olimpico.

Mourinho has since done something Ranieri never quite could and delivered silverware for the Giallorossi. But it will be an even greater feat if he can surpass the love the Eternal City has for one of its favourite sons.