Assassination, disguise and a foreign embassy sound like the typical ingredients of an underwhelming action film, not tales from the life of Pele.

But that is exactly what they are. During a February trip to Nigeria in 1976, one of football’s greatest players found himself holed up in a hotel alongside tennis legend and reigning Wimbledon champion Arthur Ashe as they plotted an escape from a volatile situation.

Tensions had been bubbling away under the surface in Lagos for weeks before his Pepsi-sponsored visit, which coincided with the first professional tennis tournament to be held in Nigeria.

The large number of American players descending on the city was an aggravating factor; at the time, the US and Nigerian governments were at loggerheads over the latter’s continued support for the People’s Movement in Angola, a group backed by Soviet Russia. But up until that point, little direct action had been taken.

An attempted coup was imminent, however. On February 13, what was supposed to be the fourth day of the tennis tournament and another day of Pele’s promotional work, Nigerian Head of State, General Murtala Mohammed, was gunned down in his car by a group of rebel soldiers while on his way to the country’s army headquarters.

The leader of the group was the head of the Nigerian Army Physical Training Corps, Lt. Colonel Bukar Dimka. After the shooting, he led the way to the Nigerian Broadcasting Corporation. There he announced over the radio that the government had been overthrown; a broadcast that Pele and the American tennis players heard at the Federal Palace Hotel.

It is crucial to remember that by this point, Pele had been plying his trade in the United States for over a year and would have no doubt been viewed as an ally of the Americans in a country which was home to plenty of anti-American sentiment. Such demonstrations outside the US Embassy had punctuated the months prior and had led to concerns being raised about the tournament and the visit of Pele, but they were quickly dismissed by those in the Nigerian government.

So Pele had proceeded with his Pepsi-sponsored campaign in Lagos, flying to the city to play an exhibition match and aid in the running of new soccer schools in the area. 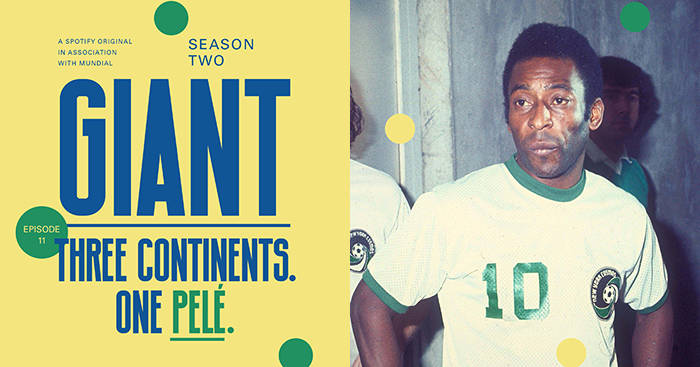 After the coup, however, broadcasting stopped at around 3pm that day as a fight for power ensued. Following a gunfight, government forces were able to reclaim control of the station, although Dimka escaped. Once order had been restored by the government, the deaf of the Murtala Mohammed was officially announced along with seven days of national mourning.

Following a couple of days of anxious waiting in the hotel, a decision was made, allowing the tennis players to resume play on the 16th. With the borders closed to stop the escape of Dimka, a 6am to 6pm curfew enforced, and the players threatened with not being allowed to leave at all unless they played, there were few alternatives. The semi-finals were made up of four Americans, hardly easing any anxieties.

With the hotel being deemed a likely target for any future violence, however, everyone was forced to move. Pele went to the Brazilian embassy and busied himself by playing cards badly and losing a fair amount of money to different members of his entourage.

Finally, the tournament was allowed to resume. But during the semi-final between Ashe and Jeff Borowiak, the court was stormed by what appeared to be members of the armed forces, aiming guns at the two players and forcing them out of the stadium. They demanded to know what the players were doing, furious that play would resume while the nation was still in mourning – even though the tournament had been given government clearance to continue.

As Ashe stood with the barrel of a gun pressed to his back, those in the stands quickly began to flee, knowing how violent the military could be.

The chaos surrounding the match proved to be the final moment of threat in Nigeria for the players. Following an agreement with the government in the days prior, the tennis contingent were allowed to leave the country for Rome at the end of the tournament, which was scheduled to be later that day.

After fighting their way through the ensuing chaos on the streets and wrestling control of the Americans’ passports back from airport security, they were on their way, leaving on the only flight out of the country in days. When the wheels left the runway, cheers of relief erupted from the tennis players. 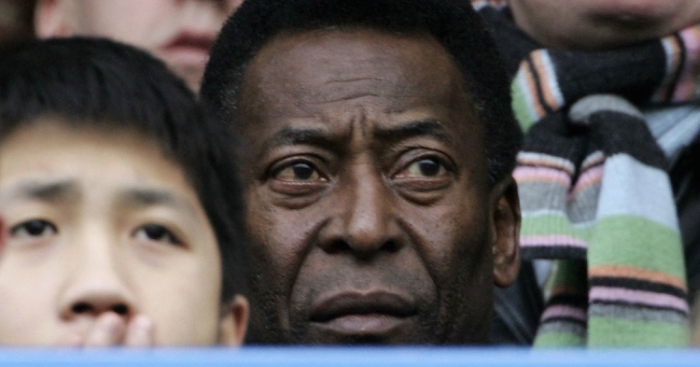 READ: Trying to work out how and why Pele became a scout for Fulham

But the greatest footballer on Earth at the time was not on board. Pepsi’s local manager had approached US Ambassador Donald Easum in an attempt to negotiate a spot on the flight for Pele, but permission could not be secured in time for the plan to materialise.

Pele was instead forced to wait three more days until the borders were completely reopened to the public. Even then, things were not so simple. The Brazillian ambassador had concerns with the prospect of his country’s biggest sporting superstar, who resided in the USA at the time, wandering around completely exposed while tensions continued to bubble away.

It was therefore agreed that Pele would disguise himself as a pilot in order to sneak through the city and onto the flight undetected and unbothered. In his youth, Pele had initially set his heart on flying aeroplanes for a living, adding an extra cinematic quality to the plot, but those dreams were halted as a child after he came face-to-face with the corpse of a pilot who had crash-landed near his home in Brazil.

But, in our minds at least, you can almost imagine him looking at the captain’s hat through teary eyes as his mind flashed back before clearing his throat, pulling the hat on, donning some aviators and snarling: “Let’s do this thing.”

The rest, for now, has been left sadly undocumented. But it leaves us all with the opportunity to fill in the gaps between the moment the plan was suggested and Pele’s safe landing back in the USA.

Does anyone have the number for Hollywood?

To read the full story of Lagos’ ill-fated 1976 professional tennis tournament and Pele’s involvement, check out Olaojo Aiyegbayo’s superb long read. It also features a fantastic photo of Pele hanging out with Arthur Ashe, which also deserves plenty of your time.