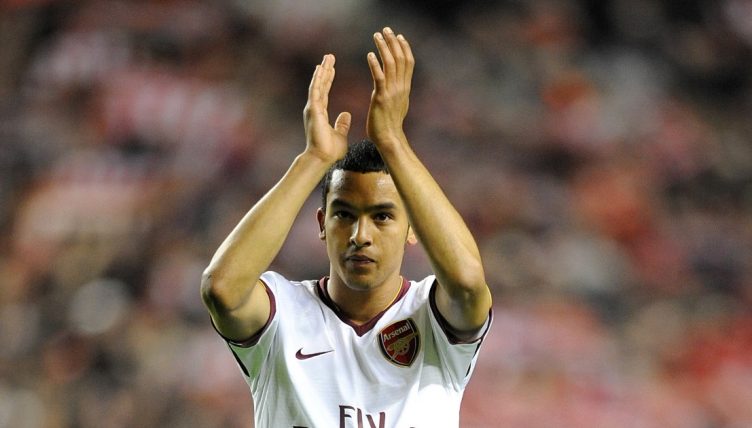 Theo Walcott scored 108 goals in just under 400 appearances for Arsenal but for a variety of reasons won’t be remembered as a club legend. Yet it could have all been so different.

In 2008, Arsenal were paired with Liverpool in the quarter-finals of the Champions League.

The first leg ended 1-1 at the Emirates Stadium, but any sniff of an away goal advantage was eliminated when Abou Diaby struck early at Anfield, before a Sami Hyypiä equaliser effectively left the game as a 45-minute shootout.

Fernando Torres had put Liverpool in front midway through the second half, and Arsenal responded by introducing Theo Walcott in a move which so nearly paid dividends.

Unfortunately for Walcott, for the second time that season he made a contribution which could have earned him cult hero status but was ultimately rendered meaningless.

You see, a player’s popularity with his fanbase can often come down not just to the number of goals he scores, but the importance of those goals.

As an example, Jesse Lingard’s status among the Old Trafford faithful – at least for a while – was boosted no end by winners in the 2016 FA Cup final, the 2007 League Cup final, and his brace in the 3-1 win at Emirates Stadium.

But Walcott seemed destined not to enjoy such luck. 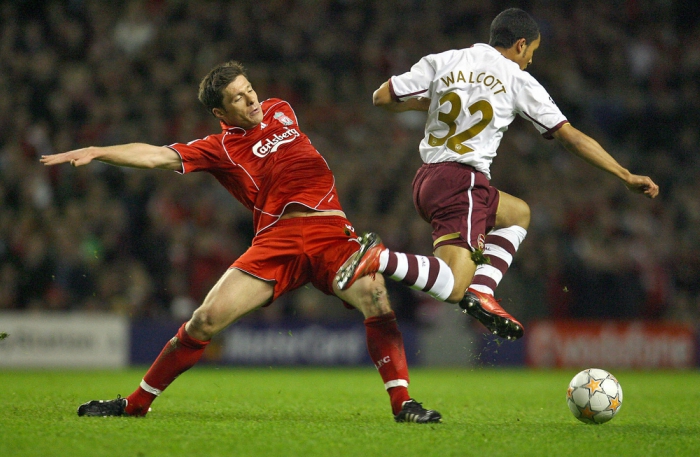 His first Arsenal goal came in the 2007 League Cup final, giving his team an early lead. It could have been a watershed moment had Didier Drogba not turned things around with a brace, his second goal arriving in the last 10 minutes.

His first league goals for the club would arrive the following February, both in the space of five minutes against Birmingham City.

The game had begun with a sickening injury to team-mate Eduardo, so for Walcott to emerge from his team-mate’s shadow and hand his team a come-from-behind victory would have been huge.

Then, as the clock ticked past 90, Stuart Parnaby went down in the box, James McFadden scored the equalising penalty, William Gallas lost his shit and Arsenal embarked on what would end up being a run of one win in eight to cost them a shot at the title.

And Walcott was denied glory again in that second half at Anfield. Emmanuel Adebayor might have got the final touch, but it was – to all intents and purposes – a Walcott goal.

That Adebayor finish, six minutes from time, gave Arsenal the lead on away goals.

Bear in mind this was a Liverpool team who had been ruthless defensively, winning their four previous home games with only this stunning Marek Matejovsky strike finding a way past Pepe Reina.

To take multiple defenders out of the game twice in the same run with a combination of pace and close-control is something you’d expect of the world’s best, not of a 19-year-old still making his mark and still waiting for his first competitive international appearance.

Had Arsenal held on against Chelsea, we would have been talking about The Moment Theo Walcott Arrived.

Had they clung to victory at Birmingham, Theo Walcott would have been The Here And Now For Arsenal.

Had they lasted just six more minutes at Anfield, the conversation would have turned to Theo Walcott And His Ability To Shine On The Biggest Stage Of Them All.

But they didn’t, and we weren’t, and he wasn’t. Steven Gerrard scored a penalty, Ryan Babel struck a fourth Liverpool goal in stoppage time, and Walcott was left condemned to a career of false dawns, as if he’d decided to lean into his own anti-hype.

Walcott went on to achieve plenty for Arsenal but rarely at a stage as huge as this.

His hat-trick against Newcastle in 2013 was impressive but inconsequential, while his contribution to a memorable Champions League comeback was rendered null and void by a Lionel Messi masterclass in the return leg.

Big goals are only big goals when your team-mates help them cling on to that status.

Unfortunately for Walcott, it simply wasn’t meant to be.