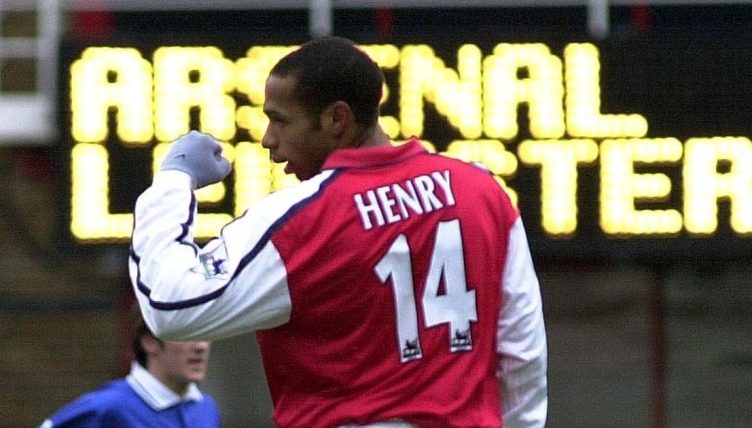 Only Sergio Aguero, Alan Shearer and Robbie Fowler have scored more Premier League hat-tricks than Thierry Henry. So it might be a surprise it took 50 appearances for the Arsenal legend to notch his first.

After all, it quickly became apparent how good a player he was. Reunited with Arsene Wenger, who had handed him his senior debut at Monaco, the young forward was drafted in to replace Real Madrid-bound Nicolas Anelka.

Arsenal spent a club-record £11million for his signature to cut short an unhappy six months spent out on the wing at Juventus. It was a sizeable fee in 1999, but it was less than half what they’d received from Real Madrid for the 21-year-old’s France team-mate Anelka.

Soon enough, it became clear the Gunners’ record signing was in fact an absolute bargain. While Anelka floundered in the Spanish capital, Henry filled his boots effortlessly over in London, scoring 26 goals in all competitions in his debut campaign – seven more than his predecessor had netted before his head-spinning move away.

The 1999-00 season might have finished without any cups lifted, 18 points behind Manchester United – at their imperious best under Sir Alex Ferguson – but it was immediately clear Arsenal had a goalscorer capable of pushing them in the years to come.

After all, this was a Ligue 1 title-winner, voted the Young French Footballer Of The Year in 1996, and France’s top scorer when they won the World Cup in 1998. It took nine games to open his account at Arsenal, but from that point onwards he looked every bit that player.

Henry’s second season with the club ended up much the same as the first. Arsenal’s top scorer with 17 Premier League goals once again. A runners-up finish in the league, with a low-70s points tally.

Silverware was still lacking but agonisingly close – year one ended with a penalty shootout defeat to Galatasaray in the UEFA Cup, while year two was left on a sour note as Michael Owen’s two late goals completed a memorable smash-and-grab victory for Liverpool in the FA Cup final.

Of course, the rest would soon become history: Henry was Arsenal’s top scorer in each of his seven seasons with the club, notching a surely unsurpassable 228 goals (175 in the Premier League).

He was the defining figure as the Gunners ended United’s imperial era with their 2001-02 title win, and was better yet as an Invincible two years later. Not to mention the back-to-back FA Cups in 2002 and 2003 for good measure. 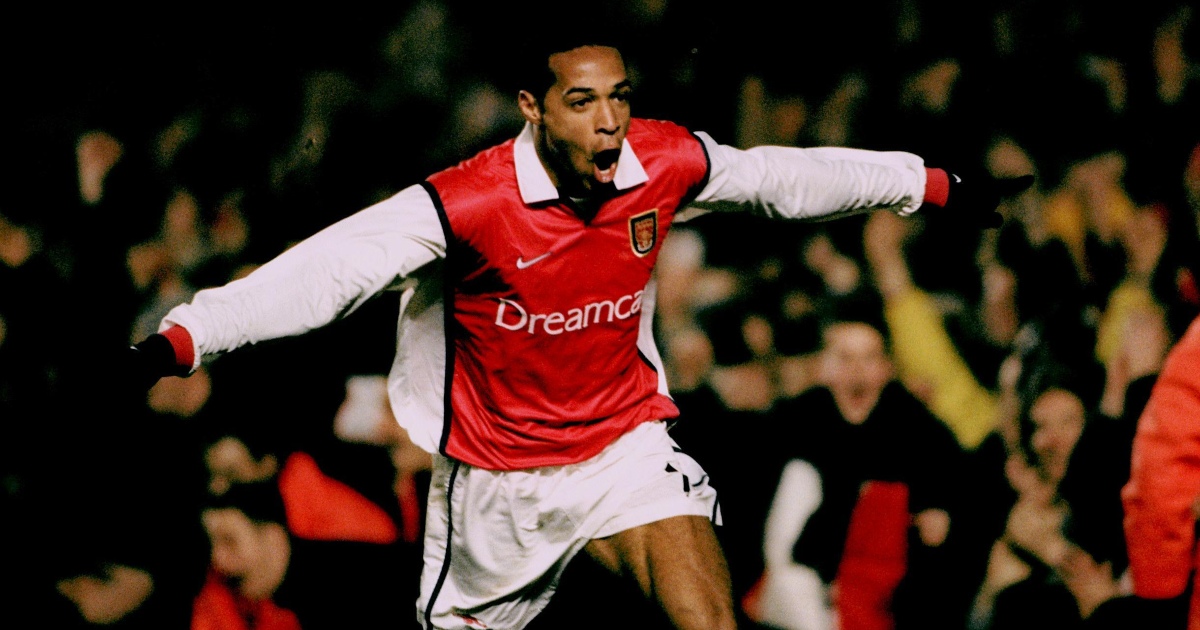 READ: 14 of the best quotes on Thierry Henry: ‘It was embarrassing for the defenders’

You get the picture, you know the story. They’re the numbers and achievements that are routinely trotted out when Henry gets voted the league’s all-time greatest forward, inducted into the Hall Of Fame, or awarded however many other retrospective accolades that can’t be argued with.

Scoring 48 goals across those first two trophyless years is the true indicator of the dead-eyed consistency that secured the Frenchman’s legend status. But if you’re to pick out a first match that demonstrated Henry was not just a great goalscorer but a truly special player, the kind you’re destined to wistfully tell your grandkids about, it’s difficult to look past his first Arsenal hat-trick in a 6-1 demolition of Leicester City midway through the 2000-01 campaign.

Not only is it Henry at his ruthless individual best, but it’s also an exhibition of his place at the heart of a side that would become impossible to resist – with French compatriots Patrick Vieira and Robert Pires pulling the strings in midfield. This is an early glimpse of their synergy.

Playing as they did, it’s difficult to believe Wenger’s side were under pressure when they welcomed Peter Taylor’s Foxes to Highbury on Boxing Day 2000. Three days prior they’d been smashed 4-0 away to Liverpool, while dropping points in five of their last seven left them tumbling out of the title race.

It took 35 minutes for Arsenal to break the deadlock, while Ade Akinbiyi got Leicester back into the contest in the early stages of the second half, but the game became a rout once Henry started cooking.

And it was the iconic No14 with the opener, sweetly catching Pires’ deep corner on the volley from just outside the penalty area. Stood helpless as the ball flew past would become a familiar sensation for Tim Flowers as the afternoon wore on.

Henry then turned provider with a deft chip to send the ball into Vieira’s stride in the 50th minute. The midfielder took one touch to control it, another to send it looping out of Flowers’ reach, and a third to poke it home.

Arsenal’s lead was doubled, but only for four minutes when Akinbiyi struck back. So it was up to Henry to guide his side to the comfort of a two-goal cushion once again, taking Lee Dixon’s long looping ball under control, “turning Matt Elliott inside out” in the words of Martin Tyler, before incisively sticking it through the keeper’s legs.

From there Arsenal were out of reach and would soon speed out of sight as well, treating the Highbury faithful to a display even more satisfying than their half-time turkey sandwiches.

Wenger brought Ashley Cole, Nelson Vivas and Freddie Ljungberg off the bench to turn the screw in the closing stages. Ljungberg was on hand to tap home a rebound off the post for Arsenal’s fourth, seconds after his introduction, while it was Vivas’ defence-splitting ball from deep that gave Henry the opportunity to notch his second.

Somehow onside past a suicidal Leicester high line, the striker had all the time and space in the world and only Flowers to beat.

“Poor Tim Flowers” narrated the commentator as the ‘keeper futilely stood in Henry’s path. “He never stood a chance,” Tyler concluded as the ball rolled over the line. You don’t even need to see the clip – those eight words tell you everything. But here it is anyway.

Henry completed his hat-trick in the 82nd minute, but he wasn’t done yet.

Come injury time, Arsenal’s players continued to stampede forward in search of a sixth, and Henry was happy to oblige them, having picked up the ball out on the right-wing. He drove forward and sent in the most devilish cross right across the six-yard box for Tony Adams to notch his 12th and final Premier League goal.

Arsenal had humiliated Leicester, and Henry took centre stage in the drubbing. Not only had he scored his first hat-trick, but he had a direct hand in five of their six goals.

This would prove a familiar sight in the years to come.