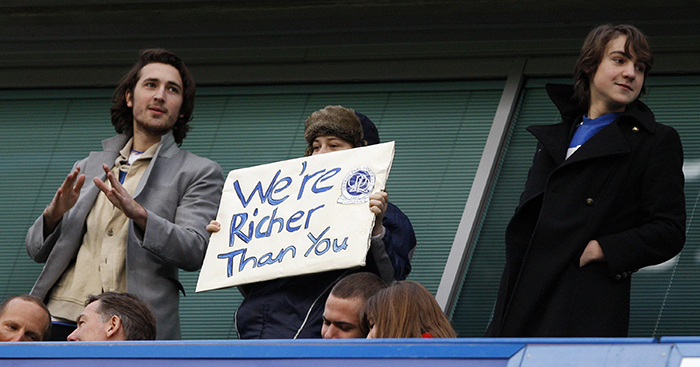 The Four Year Plan is a 2011 documentary that follows QPR’s attempts to gain promotion to the Premier League between 2007 and 2011. It is both ridiculous and brilliant.

You probably know its storyline: in 2007, cash-strapped QPR were bought by Formula 1 tycoons Flavio Briatore and Bernie Ecclestone, and the family of steel magnate Lakshmi Mittal.

The new owners gained notoriety for sacking several managers over a short space of time but ultimately brought their ‘four-year plan’ to completion, securing promotion to the Premier League in 2011.

Yet somehow this documentary — a chronicle of how to achieve promotion in just four years — is not considered a must-watch for Championship clubs. Yes, QPR got a mild reputation for buffoonery over this period, but couldn’t other clubs learn from their rapid success?

I watched The Four Year Plan and attempted to break down ‘the plan’ into easy-to-follow steps.

Club owners can thank me later.

When Briatore and co. arrived at QPR, they obviously wanted to evaluate their squad. Unfortunately for some players, that meant hearing a few home truths.

Club stalwart Martin Rowlands may have narrowly avoided the cull after a misplaced pass against Birmingham, but the message is clear: idiots have to go.

According to club chairman Gianni Paladini, this wasn’t actually part of the plan, and — as with playing staff — idiots should be avoided.

3. Get more balls in to your ageing Italian midfielder

The Four Year Plan is a fascinating insight into the relationship between ownership and management.

During a training session, Briatore — an Italian man in his late 50s with no prior football experience — can be seen passing instructions to manager Iain Dowie.

The orders? Get Damiano Tommasi — an Italian footballer in his mid-30s who would make seven appearances for QPR — more involved in the action.

Dowie is then seen sulking in the dugout, whispering quietly that he won’t be bossed around.

Hard to tell whether this one contributed to promotion three years later, but the safest bet is to try and replicate QPR’s plan to the letter.

4. Use Gavin Mahon and Patrick Agyemang

Nor should club owners be afraid to get involved during competitive matches. In a home match against Cardiff in November 2008, we see chairman Paladini conveying instructions to get Gavin Mahon and Patrick Agyemang off the bench.

The order is carried out by “that prick in the dugout” (caretaker manager Gareth Ainsworth) and Mahon scores the winner.

While Mahon retired a few years ago, Agyemang currently plays for a team called Baffins Milton Rovers and would presumably be open to a Championship deal.

Some elements of the plan aren’t intuitive, which is why you need to give The Four Year Plan a few watches to figure it out.

Players couldn’t understand why top scorer Dexter Blackstock was loaned to Nottingham Forest in March 2009. Neither could manager Paulo Sousa, who moaned about the transfer in a press conference and was promptly sacked.

Yet off Blackstock went, and two and a bit years later QPR were in the Premier League.

Are you listening, Derby County? Vydra must go.

In all honesty, Briatore and Paladini come across quite well in The Four Year Plan. There’s a childlike earnestness in the way they treat their managers — “All we ask is that you win!” — and you never feel that the Italians are holding back.

Was this all part of the plan? It’s hard to think otherwise.

7. Make your manager feel powerful, then tell him to sell some fucking players

Less childlike is vice-chairman Amit Bhatia, son-in-law of minority owner Lakshmi Mittal. The slick businessman comes across almost too well in The Four Year Plan, and seems very aware that the cameras are rolling.

Nonetheless, his thoughtful approach has its merits.

QPR were flying during the 2010-11 season, and the club’s owners decided to invest during the January transfer window to boost their chances of promotion.

One revealing scene in the documentary shows Bhatia talking to manager Neil Warnock about potential transfers: QPR need to sell before they can buy, but Warnock thinks they can only afford to lose Bradley Orr and Leon Clarke, whose value he estimates at around £200,000 each.

Bhatia tells Warnock not to worry about it, and that they’ll figure it out.

When Warnock leaves, Bhatia says: “He’s going to go home and say ‘that wasn’t a very difficult conversation’. As long as you have that, I think that’s how we manage this guy.

“At some point in time, over lunch on Thursday, I will say to Neil ‘you’ve got to fucking sell someone’, but let him go home and be happy.”

8. Don’t get a points deduction 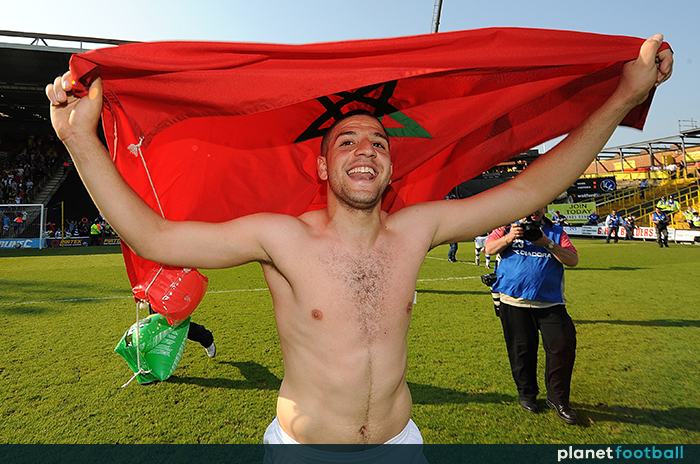 For a film that is fundamentally about football, it might seem strange that the fist-pumping denouement of The Four Year Plan isn’t Adel Taraabt’s crucial goal against Watford, the first in the 2-0 victory that secured promotion.

The slow crescendo of instrumental guitar music is there, but instead of soundtracking football, it soundtracks Paladini — who has just attended an FA hearing for ‘bringing the game into disrepute’ — jumping around an office yelling “No points deduction! No points deduction!” before crying on the phone.

“No points deduction!” is then repeated to QPR fans over a loudspeaker.

And that’s the final lesson, I guess: if you’re going to sign a South American from a third-party owner, as QPR did with Alejandro Faurlin, make sure your crimes are only serious enough to warrant a fine and not a points deduction.

What club should you buy if you suddenly become a billionaire?