Arsene Wenger at Monaco and the wonderful legacy he left behind 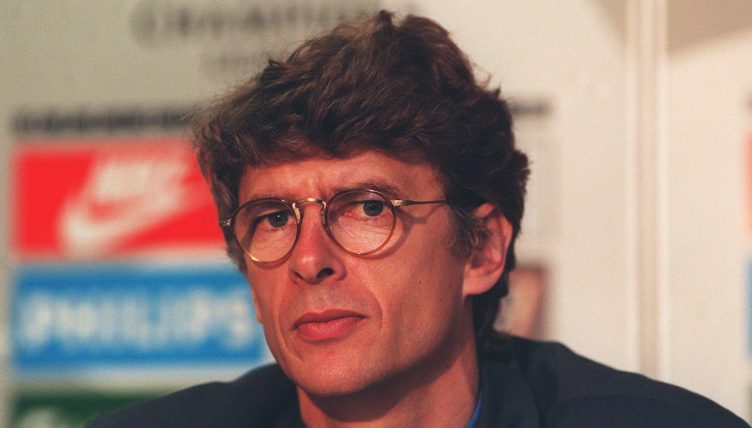 Arsene Wenger’s name is synonymous with the 22 years he spent at Arsenal. The Invincibles, Thierry Henry’s 175 Premier League goals, nuisance zips, “I did not see it”, all of that.

But he demonstrated his pedigree as a special manager long before moving to north London with Monaco a decade earlier.

Responsible for the club’s fifth league title, Wenger also laid the foundations for the success Monaco would enjoy in the late 90s. This is the story of the legacy he left behind.

Working his way up

After spending a large part of his playing career juggling amateur lower league football with studying, Wenger eventually broke through to play in the top flight in the periphery of Strasbourg’s squad, at the age of 28.

It was there that Le Professeur first developed his coaching, taking charge of the reserves while making the odd appearance for the first team. Soon enough he had an assistant manager gig, offering opposition analysis for Cannes manager Jean-Marc Guillou, like a kind of proto Andre Villas-Boas to Jose Mourinho.

Even working behind the scenes, he was earning a reputation as the bookish obsessive that he would later become famous as. It brought him a first coaching job, Ligue 1 side Nancy, when he was just 34.

With a limited squad, at a club selling its better players, Wenger managed to fight off the tide of relegation before they were eventually swept away. Nancy finished a decent 12th in his first season, maintained their top-flight status by virtue of a relegation play-off win in the second, but slumped to a 19th-place finish in his third and final season.

Nobody held the relegation against him, however, and his good work had not gone unnoticed by Monaco. After failed earlier attempts to release him from his Nancy contract, Wenger was eventually free to join the club in the summer of 1987 – an appointment that would make club history.

Monaco would be quite different to Nancy. Wenger was taking over a side that had finished fifth in the season before, with an owner willing to back him in the transfer market.

He was given free rein to sign his transfer targets. After spending three years in Milan, Mark Hateley was brought in to play up front. That led to them to securing his England team-mate Glenn Hoddle, Monaco hijacking his move to Ligue 1 rivals PSG.

Speaking in an interview with The Set Pieces, Hateley reminisced: “I didn’t know anything about Arsene Wenger. All I knew was that he was a very young manager in his early 30s.

“In my footballing education, I’d gone from working with Nils Liedholm – the Milan manager who was in his late 60s, a goalscorer in the World Cup final of 1958 – to a virtually unknown, untried, untested manager of an age [which meant he] could still have been playing. I went from that experience to the inexperience of Arsene Wenger.”

Hoddle, the archetypal mercurial No.10, formed an instant partnership with his compatriot.

As well as that change in personnel, Wenger’s methodology and dedication was something new for the club, 10 years before such an approach – focus on shape, discipline, nutrition – would revolutionise English football, too.

“We never saw him on an off-day. Always in a tracksuit, always travelling around Europe to watch games and expand his knowledge of all types of football,” Hateley continued. “All that background work in his formative years led to what he achieved at Arsenal.”

Hateley offered an aerial threat and an ability to hold the ball up, Hoddle provided flair and creativity, while Patrick Battiston added considerable experience to the backline.

After suffering the infamous collision with Harald Schumacher in the 1982 World Cup that left him comatose with damaged vertebrae, Battiston had already shown a winning mentality by recovering to win three Ligue 1 titles with Bordeaux.

In one summer, Wenger had made sure an already sturdy outfit had an all-new, much-improved spine.

In a 2015 interview with Sky Sports, Hoddle said: “He had this youthful sort of excitement about him at Monaco, and it didn’t take me long to realise this is where I wanted to be.

“I was going to Paris Saint-Germain, but Arsene really was the one that turned my head.

“I’ve got to say what Monaco did [compared] to Tottenham in those days in 1987 was so much more advanced. The first day Mark Hateley and myself went to walk off after a two-hour session and Arsene told us to go over to the fitness coach to warm down for 45 minutes. Me and Mark looked at each other and said, ‘What’s a warm down?'”

With the industrious, tough-tackling midfield base of Claude Puel and Jean-Philippe Rohr allowing Hoddle to focus purely on what he did with the ball, there was a formula for success.

Hoddle was a phenomenon. The kind of rare technical talent that Anglo football had so rarely produced, more akin to the spacemen that wowed English audiences by turning up at World Cups playing a different sport. Platini, Cruyff, Zico. Hoddle.

Escaping the robust, physical football of the English top flight in the 1980s, Wenger unlocked Hoddle and allowed him to wreak havoc in the French game. This was the trend of the more skilful players from these shores – Ray Wilkins at Milan, Chris Waddle at Marseille, later Paul Gascoigne at Lazio.

Wenger, backed by his new signings, won the title in his first season. Hateley finished the season as Ligue 1’s third-highest scorer with 14 goals, many of them supplied by Hoddle, and with Battiston in defence, they conceded just 29 in 38 games.

Monaco were relentless that year. They claimed top spot in the second week of the season and never relinquished it.

Their record at Stade Louis II in particular was outstanding: played 19, won 16, drawn two, lost one. They kept 10 clean sheets and let in only 12 overall on home soil.

“We were very dominant. We played some wonderful football, he loves to play creative football,” Hoddle said.

“He knew what he wanted from the team. It was pretty clear-minded; you had clarity when you went onto the pitch of the shape that he wanted and how he wanted us to play.”

In the subsequent six years in the principality, Wenger would only add one more trophy – the Coupe de France – losing out on more to a Marseille side mired by scandal and corruption.

But he clearly left his mark. Bayern Munich came close to appointing him in 1994, and it was before the leftfield sojourn to Japan that Wenger had caught the eye of David Dein, who would later make the then-unthinkable decision of giving the Arsenal job to a foreigner.

You can also map a lot of what Arsenal achieved in 1998 with what Wenger did at Monaco.

He inherited a sturdy spine but made the necessary changes to let flair flourish. Monaco had tough French ball-winners in midfield, playing behind an English playmaker. Arsenal had Patrick Vieira and Emmanuel Petit, playing behind a continental playmaker – Dennis Bergkamp.

Just as he’d done with Hoddle, Bergkamp was liberated. The PFA Player of the Year and top scorer in Arsenal’s 1997-98 title win.

“You can link him with Ajax, the philosophy, the way they both like to bring up players,” said Bergkamp years later. “When I was at Ajax there was only one team in the whole of Europe similar to us, and that was Monaco.

“That was always how he wanted to play football, and that was my idea too. Our philosophy just clicked. We were on the same wavelength.”

And what a wavelength it was.

READ NEXT: Away days: AS Monaco, Radamel Falcao and a fake replica shirt disaster