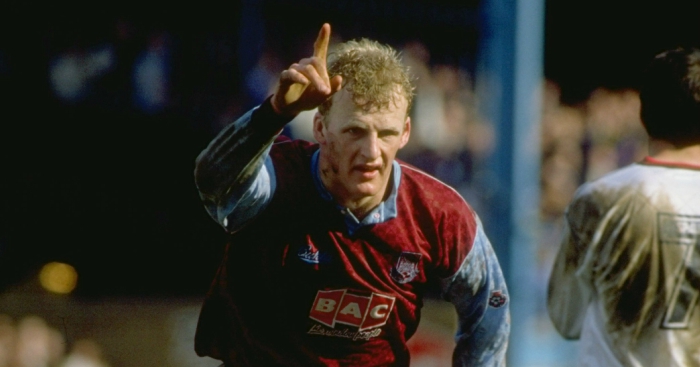 Iain Dowie’s style may not always have been the easiest on the eye, but the former Southampton, West Ham and Crystal Palace striker is almost definitely cleverer than you realised.

Dowie made over 300 league appearances as a battling, uncompromising targetman throughout the 1990s, becoming renowned for his dogged spirit rather than his classy style.

But he was first noticed thanks to his goalscoring exploits in non-league, bagging 47 goals in 87 games for Hendon.

The forward’s record caught the eye of plenty of scouts, but he rejected moves to clubs including Chelsea and Sheffield United due to his somewhat unconventional job.

“Chelsea, Doncaster, Sheffield United and Luton wanted to sign me,” Dowie told the Quickly Kevin, Will He Score? podcast. “It was a case of ‘what do I do?’.

“Harry Bassett (Sheffield United manager) offered less than what I was being paid at work. I was a missile engineer. I did engineering and did a Masters in mechanical so that was what I stumbled into.

“They sort of sponsored me to go through uni which was nice and then I came in and I was an environmental engineer. That was, for example, when you go to Iraq or wherever on the Tornadoes, there would be missiles hanging from the Tornado.

“What I would have to do was test that during the flight it wasn’t going to drop off or bits in the missile weren’t going to break loose. I had to replicate what could happen to that missile during air flight, during freezing cold weather, rain, bumped landings etc.”

From non-league to the top

Dowie eventually joined Luton Town, helping the Hatters finish eighth in the First Division in 1989-90 as part of a bruising strike partnership with Mick Harford before dropping down a division to join his boyhood club West Ham in a £480,000 move in 1991. 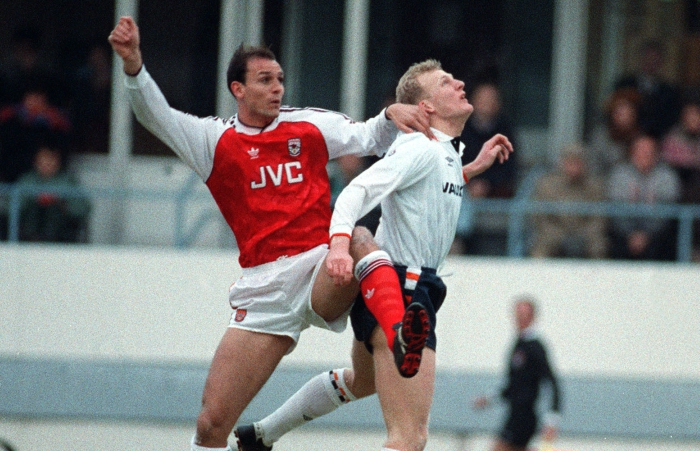 The Hammers needed to replace the goals of the injured Trevor Morley as they chased promotion to the First Division, and Dowie helped see them over the line as four goals in 12 appearances were enough for the club to finish second.

However, while he may have played his part in securing promotion, his dream move soon turned sour.

“I loved Billy Bonds and he had some good people under him: Harry and Frank Lampard, stalwarts of the game,” he says. “You walk in there and you’ve got amazing young players in and around you. You want to be there.

“I did okay, and then in the summer: armageddon. I think we had a friendly at Southend, I’d hurt my ankle and Billy Bonds just said, ‘I’ve sold you.’

“We’d got promoted. I was absolutely devastated. I understand it now, in them days they had money issues. They went down the following year actually.

“He just said, ‘You’ll never play again.’ I don’t blame him for it. You just had to go. West Ham went down the following year and he came up to me at Southampton and said, ‘Listen, we had to do it because there was no money.’

“Looking back I’ve got the ultimate respect because he told me exactly why he had to do it. He couldn’t tell me at the time.”

A £500,000 move to Southampton, who had previously rejected his services as a 16-year-old, saw Dowie compete for a starting place with two attackers who could hardly have been more different in style.

Alan Shearer, still only 21, was showing glimpses of the prolific striker who would go on to become the Premier League’s record goalscorer, while Matt Le Tissier was becoming known as one of the most languid and gifted footballers in the country. 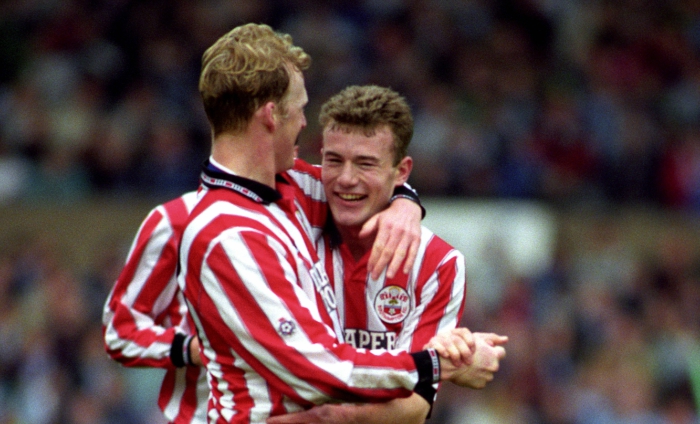 “[Le Tissier] made my bad headers look good. He’s probably the best striker of a football I’ve ever seen,” Dowie says. “Le Tissier was a little bit older and Alan went on to be amazing.

“If Tiss had moved he could have been anything I think. I’m sure he doesn’t regret not moving. He did incredible things. People would talk about how he wasn’t fit. He was fit. He was a good athlete to be fair.

“He would come out and throw a ball in the air and it would bounce on the halfway line – everyone would be out there stretching, he wouldn’t be doing all that stretching – the ball would bounce and he’d say, ‘Well where do you want it?’

“The lads would say ‘crossbar’. From the halfway line, remember, he’d half volley it. Seven or eight times out of 10 it would hit the crossbar. That’s not a one-off.

“He had that belief (he would always score). He didn’t care if he missed. I would run through thinking, ‘Bloody just hit the target.’ He’s thinking, ‘I want to put it right in the top corner and make him look a mug’ – because he had that ability.

Alan Ball, who cherished and indulged Le Tissier’s talent, famously once told the Southampton squad: “Whether you like it or not he is the best player at this club by a million miles. His goals will keep us up. For him to do that he can’t run and tackle because he’s useless at that. Get the ball to him.”

READ: 12 of the best quotes on Matt Le Tissier: ‘The Maradona of Southampton’

Dowie says: “I was in the dressing room when he said that. In pre-season he actually said, ‘You lot must suffer so he can thrive.'”

Dowie may have been made to suffer on the south coast, but his hard work allowed Le Tissier to flourish, and he still managed to score 30 league goals for the Saints.

He eventually returned to London to end his career with spells at Crystal Palace, a return to West Ham and QPR, but never, unsurprisingly, back to being a missile engineer.

To hear Dowie talk more about his playing career, the drinking culture, one of the most famous own-goals of Premier League history and his love of dancing, listen to the brilliant Quickly Kevin, Will He Score? podcast, which returns for its third series in March.